LeBron James and the Woes of a Cleveland Sports Fan

What now for a city already devastated by losses? 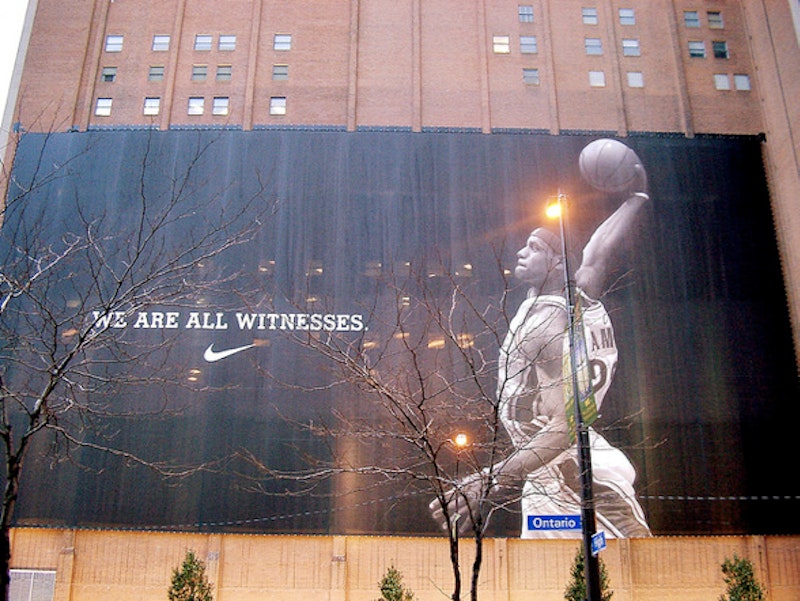 I am a lifelong Cleveland sports fan: Indians, Cavs, Browns (in that order).

I’m guessing you read that intro and went “Oof.” Yes, this was a rough week. Luckily, there has been a good amount of support and sympathy for Cleveland fans in the media, primarily because LeBron and his PR team managed to take a beloved superstar and turn him into Marlo Stanfield in about a week.

But not all of the ink spilled on this issue has been favorable of the Cavs and their fans—many have criticized the burning of LeBron paraphernalia and even more have slagged Cavs’ owner Dan Gilbert’s public letter. If you’re among those who feel this way, my response to you is this: you have absolutely no idea what it’s like to be a Cleveland sports fan.

In a way, I'm happy for you. If you truly understood what it feels like, that means you have felt pure sports pain and depression. And I’m not talking about rooting for a losing team. I’m talking about 46 years of kick-in-the-balls moments sprinkled throughout the history of every franchise you support. And LeBron represented the best hope we ever had. Quite possibly the greatest combination of talent and physique the league has ever seen. And he was homegrown! What are the odds?

I’ve heard several people claim that the reaction by Cleveland fans proves that they never really loved LeBron and that they were not appreciative of the seven years he gave them. This argument is completely illogical—why would a city have such an emotional reaction to a player leaving if they never really cared about him or what he did? I speak on behalf of all Cleveland fans when I say that we adored and worshiped LeBron. At the end of every season, we always reacted the same way: “LeBron gave it his best effort but the players around him let him down” (the only exception being this past season when even Cavs fans recognized that LeBron gave up in games two, five and six of the Boston series, but at that point we were beginning to suspect that he might actually leave). And how was our devotion rewarded? We were strung along and fraudulently led to believe that we had a chance to re-sign him. Let’s face it: LeBron knew he was going to leave, and it’s possible that he knew it as far back as 2007 when he signed the three-year contract extension with the Cavaliers (when Chris Bosh and Dwyane Wade not coincidentally signed three-year contract extensions with their teams). It was bad enough that LeBron pulled the wool over our eyes, but on top of that he had to tell us that he was not staying in Cleveland in an hour-long prime time special watched by the entire country. There is no doubt that Cavs fans truly loved LeBron, but on Thursday night, we learned that he never truly loved us.

Now, do I think LeBron actively wanted to hurt Cleveland this way? Probably not. In fact, I'm willing to bet he wishes he had handled it differently. But this reminds me of the criminal law concept of “malice aforethought.” In our justice system, second-degree murder is defined as the unlawful killing of another human being with malice aforethought. Malice aforethought is broader than simply having intent to kill—it also includes a reckless disregard for human life. LeBron didn't intend to murder Cleveland; he just showed a reckless disregard for the city. Yes, leaving would have hurt us no matter what, but it was the way he did it that showed an unforgivable tone-deafness. For that, he should suffer the consequences. Personally, I think that burning things is a dumb way to deal with your anger in any situation, but I don’t fault Cleveland fans in the least for burning LeBron’s jersey. You might say, “Well what about the seven years he played his heart out for Cleveland?” That’s why we’re so angry! We thought the way he poured his heart out on the court was proof that he actually cared about us and cared about bringing us our first championship since 1964.  Luckily, Thursday night, someone did step up to the plate and go to bat for Cleveland: Dan Gilbert. What; you thought I was going to say that Gilbert’s letter to the fans was immature and inappropriate? Spare me the self-righteous indignation. I have long admired Mark Cuban and wished that one of my teams would have an owner like him. It now appears that that might actually be true. Many people would have preferred that Gilbert graciously bid adieu to the player who made him a lot of money as an owner. Because that’s what people expect from Cleveland sports. If Gilbert had done that, he would have simply become another thread in the great tapestry of Cleveland sports failures: we get close, we lose in a gut-punching way, and we say, “Oh well. I guess we just deserved it.” Instead, Gilbert said, “Fuck that, and fuck you! I’m gonna build a winner!” I’m paraphrasing, of course, but you get the point.

People are criticizing Gilbert for railing against LeBron when the owner himself was unable to build a championship-caliber team around his superstar. This demonstrates a completely superficial understanding of the roster transactions made by the Cavaliers’ front office over the past several years. The Cavs had to make all major improvements to their roster via trades because no free agents wanted to come to Cleveland. Do you know why we couldn't land big-name free agents? Is it because the Cuyahoga River is flammable? Perhaps. But it also happens to be the case that every last one of them wanted a commitment that LeBron was going to stay in Cleveland. Why commit to anything long-term if there is a chance LeBron could leave? But LeBron refused to give the franchise such a commitment. So the Cavs had to give up future draft picks and take on bad contracts in order to give LeBron the tools he needed to win a championship. And criticize the roster all you want, but at the start of the playoffs this past season virtually every NBA commentator was predicting that the Cavs would win the championship. Obviously, Gilbert has not managed the franchise perfectly these past five years, but he did the best he could to keep LeBron happy and put the best team around him.

So when Miami plays in Cleveland next year and the fans boo mercilessly; someone on the Cavs takes a flagrant foul to LeBron; and Dan Gilbert does an elaborate pre-game ceremony in which he retires the number 23 in praise of the greatest player in the history of the franchise—6’3’’ guard, John Morton—just remember to walk a mile in a Cleveland sports fan’s shoes before you jump to take the moral high ground.