CC, Hughes and Three Days of the Blues

The Yankees begin the 2011 MLB season with an unaccostomed number of question marks. 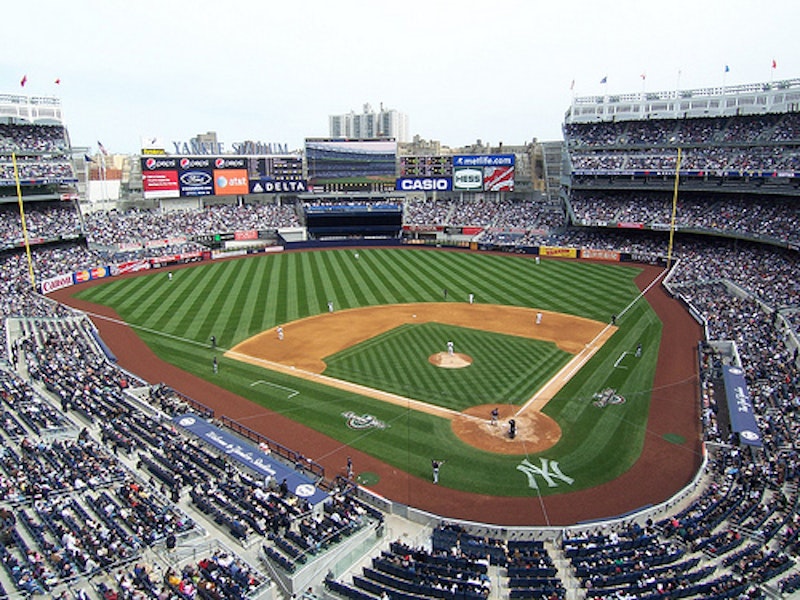 Andy Pettitte called it quits on Thursday, ending an excellent 16-year Major League career and blowing a massive hole in the Yankees rotation. No one will shed a tear for New York as long as they can run CC Sabathia out to the mound every fifth day. Phil Hughes made tremendous strides in 2010, posting an 18-8 record in a career high 176 innings. Hughes was a reliable starter for most of the season before running out of gas. That's where the questions begin.

AJ Burnett makes over $16 million per season and last year he rewarded the Yankees with a 10-15 record and a 5.26 ERA. Only the Yankees can waste that kind of money on a questionable starter. Burnett was so unreliable that manager Joe Girardi only used him to start one game in the 2010 playoffs. With Pettitte sipping sweet tea in Houston the Yankees desperately need Burnett to start earning his keep.

General Manager Brian Cashman began stockpiling reclamation projects after Cliff Lee spurned New York to head back to the Phillies. Newly signed 37-year-old Bartolo Colon hasn't pitched in the Majors in over a year and a half. Colon last pitched for the White Sox in 2009 and was decent. He’s a worthwhile Spring Training invitee just to see if he has anything left in that big right arm.

Not satisfied with one White Sox castoff in the rotation Cashman went out and signed Freddy Garcia, who went 12-6 in 2010. At this point in his career Garcia is the type of pitcher you'd expect Kansas City, Baltimore or Pittsburgh sign. The Yankees typically set their sights much higher. It's been a strange winter for New York fans and the front office as they're getting a chance to see how the other half lives. A team with a $200 million payroll shouldn't be relying on rehabbing pitchers in their late 30s to round out the rotation.

Behind Garcia and Colon on the depth chart are journeyman Sergio Mitre and youngster Ivan Nova. Girardi would be wise to give the 24-year-old Nova a long look in Spring Training. Nova started seven games for New York late last season and fared well enough be in the mix for a spot in the Bigs to start the season. The Yankees typically trade their young pitchers rather than giving them a real chance to establish themselves; Hughes is the notable exception.

Without Lee and Pettitte, the Yankees are vulnerable to the whims of CC Sabathia next offseason. Sabathia's massive seven-year $152 million contract signed in 2009 includes an opt-out clause that would enable the lefty to file for free agency after the 2011 season. I have no doubt that Sabathia is happy with his choice to join the Yankees and most likely is in no rush to bolt from the Bronx, but opting out would make him a free agent again at the age of 31. Lee signed his five-year $120 million deal with Philly at the age of 32. As strange as it sounds Sabathia could be due for a raise. Not only did the Phils nab Lee from the Yankees' grasp, but his contract could force the team to give Sabathia another record-breaking contract.

The Yankees will be competitive in 2011, but Pettitte's decision looms large. With the start of Spring Training just days away the team with baseball's highest payroll may have only the fourth best rotation in its own division. Boston and Tampa Bay will almost certainly outpitch the Yanks, and Toronto may not be far behind. The Yanks have bashed their way to playoffs before, and will likely do it again, but barring a mid-season trade for an ace pitcher, they’ll fall short in October.