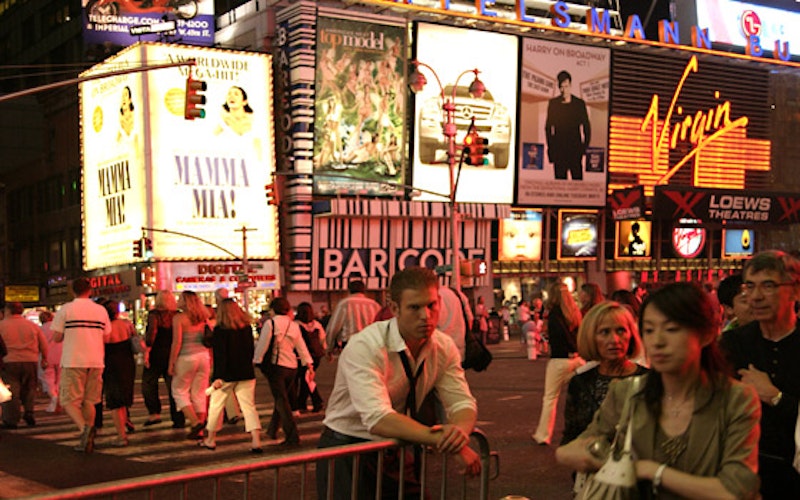 It was at the line “my head is buzzed, my shoulders are broad and my arms have muscles on them” that I stopped reading Rich Juzwiak’s second installment of Gawker’s “Pride and Shame,” which chronicles his life as a gay 33-year-old, post break-up. Annoyed but curious, I decided to start from his first piece to see whether he was building on anything. He wasn’t.

Instead I found a longer, more self-congratulatory piece littered with self-aggrandizing observations. In the first article, we learn he’s hot enough to bed a bunch of guys—let’s say Very Good Looking. In the second, that he’s smart, muscular and masculine. Do these words ring a bell, everyone? You’ve seen them on Grindr. Maybe in the third he’ll post a picture of his dick and we can be done with the entire pretense.

Let me be clear: I was excited to read “Pride and Shame.” Juzwiak is a smart enough to guy to work at Gawker so his writing should be better. This, I figured, would be a sardonic but relatable depiction of gay sexual life in the city. But all of the empty “Pride” without any real tackling of shame left a bad taste in my mouth.

“Pride and Shame” abounds with pointless details that simply signify that Juzwiak is hot and having his share of sexual escapades. (If you want other examples of the bragging of gay men eclipsing a more interesting narrative, look no further than “The Gay Law Clerk Fantasizing About JFK” and “The Gay Art World Guy Searching For Rebound Sex” in New York Magazine’s “Sex Diaries.”) Here’s an example: Juzwiak tells us about a 23-year-old, whose moniker is “the 23-year-old” only to remind us that Juzwiak recently had sex with… a 23-year-old. (Side note: I’m 23 and it’s not any more difficult for 33-year-olds to sleep with my friends and me than it is for guys our own age.)

The second article in the series is less irritating, though less personal. He addresses masculinity in gay culture, hitting upon the usual trite points and weaving in a sex story. You get more of that feeling that he’d rather be showing us how good he is at talking about these things than he would make it personal. And again the men, and the stories of Juzwiak’s sexual encounters with them, only serve to build him up and buoy his own confidence.

… just another strange feeling to add to the pile, flung near a distinct sense of absence—the perma-dread that I'd forgotten something like my keys or my identity or that I had a chore waiting for me that I really didn't feel like doing. That feeling stems from my recent breakup and all of the tiny connections I've made in its wake that I worry are still too intimate for the flakey, immature place I am in life right now...
This is what I would love to read more of, because there is a certain reality to Juzwiak’s self-loathing and immaturity. It made me wonder if through his narrative he’d actually intended to portray the narcissism and hardness that we gay men often develop to deal with the realities of life in a big, busy city.

But even if the intention were there, the sloppiness and immaturity of the writing was too overwhelming. “Pride and Shame” may suggest underlying shame, but the posts don’t really explore it. While there may be an odd moment of insight, it reads at best like a monologue that your depressed friend would tell you to make himself feel better, and at worst like you’d made someone’s dating or hookup profile come to life in prose.

What I’d ask of Juzwiak is that he be more honest, reveal his depth, and stop hiding behind the vacuity. Or, if he’s as vacuous as it seems, that he not write, because in its current state “Pride and Shame” is depressing and a waste of time.