When Did College Become so Pornographic?

Brown Bares is the latest in a trend of anonymous, user uploaded websites where students share pictures of their privates on campus. 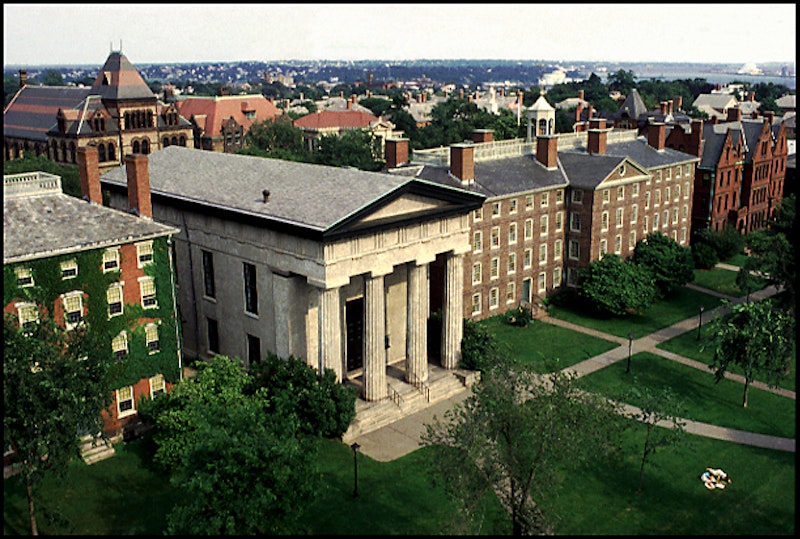 In case you were wondering what those fancy Ivy League students are doing when they’re not busy speaking Latin to one another or reciting Shakespeare sonnets from memory, you should know they’re actually uploading anonymous pictures of their asses, cocks and tits to the Internet for you to behold! An anonymous website run by some clever, horny student at Brown allows the campus to snap pictures of their privates in iconic University locales, sometimes with the Brown logo right in the picture frame. Now there’s some good branding. The goal of the site, punnily titled BrownBares because Brown’s mascot is the bear—get it?—is to score the most obscene pictures in the most unlikely of campus places. It’s kind of like “Planking,” only with your privates!

The promise of a sex life—of access to hook up culture—coupled with the potentiality for unlimited, boundless sex is something that most incoming college freshmen look forward to. Maybe one is gay but couldn’t really act on those urges back in Oklahoma. Or maybe one doesn’t have any experience at all. But no matter how you look at it, American stories about going away to college and escaping the wrath of mom and dad have to do with experimentation with sex.

Knowing that, one thing that voyeuristic, intra-university websites and blogs like Brown Bares does is foster a sex-positive campus community. Not only are both sex and bodily organs not something to be ashamed of, but one can safely imagine that at Brown, men and women, gay, straight, bi and whatever else, are all using and contributing content to Brown Bares. To spell it out, it means that sex is there, but the clutter of the hetero/homo binary of sexuality is not. I mean, gay tits look just like straight tits! So maybe if you see something you like, despite what “sexuality” tells them they’re supposed to be into, you will be more willing and able to experiment.