And the curious pleasures of eavesdropping. 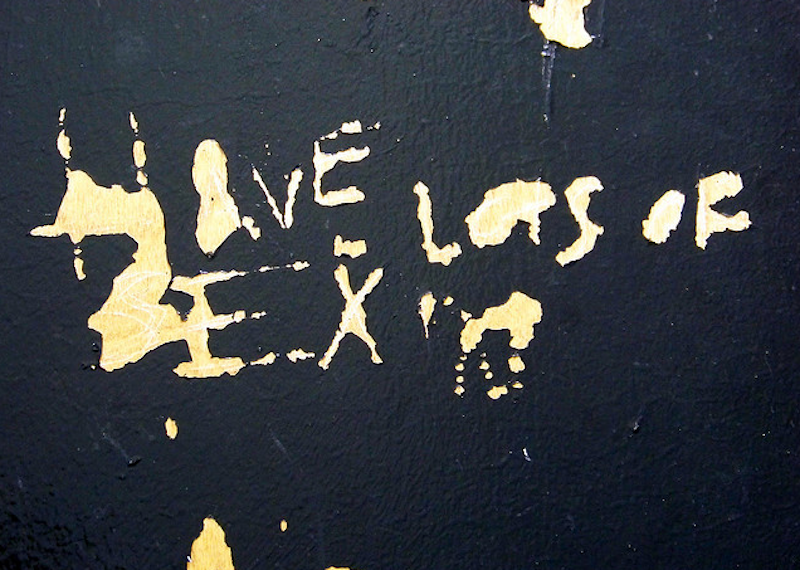 Yesterday I took a train from New York to New Orleans (don’t ask), and right now I’m in the dining car watching the Mississippi countryside fly past. Ordinarily I love taking the train—I’m terrified of airplanes—but I had to escape my seat and dash into the lounge car because for the past 10 hours I’ve been sitting behind this dude (ugly) who, judging by all the stuff he’s carrying, could perhaps be on that show Hoarders. He smells awful, like a combination of ass, sweat, feet, and dirty laundry. It’s fine and everything as long as he doesn’t move. But when he makes even the slightest move, such as to scratch his head, the funk just unsettles and starts to impregnate the air. I mean really, how do you reach that level of funk?

When I get into the lounge car I breathe in the fresh, ass-less, sweat-less, feet-less air and get some donuts and a cranberry juice from the cafe. I like the lounge car because this is where you get to socialize and play nice with strangers. I’ve been on some trains where the lounge car is like a happening nightclub, but right now there’s virtually nobody inside, so I slide into a booth by myself.

At the other end of the car there’s this big guy—let’s call him Ralph—who debates his construction worker friend about whether it’s better to suck on toes or to suck on a vagina. He’s like, “Would you wanna suck on some nice, clean toes, or a crusty vagina?” People coming in and out of the lounge car are hearing this debate, and Ralph doesn’t turn the volume down as more people come in. I’ve seen a lot of stuff, but I can’t believe they have the balls to talk about this out loud on a train. If this was brunch at a restaurant in New York it would be much more normal, because that’s the time when people rehearse their sex/first date stories.

At first I’m really annoyed by the these two perverts, but things get really interesting when Ralph starts pulling women aside and asks them if they’ve ever had their toes sucked.

“Yeah,” one girl replied, and walked away real quick before they could ask more.

As Ralph’s debate rages on my annoyance turns into eavesdropping, which is one of my favorite things to do. When straight guys talk openly with each other about how much sex they have and the exact way they have it, it feels like they’re asserting their masculinity and competing to show their sexual prowess. It’s a cockfight. But what is Ralph trying to prove?

Obviously Ralph has a foot fetish, and he‘s doing everything to convince his new train buddy that he should start sucking on some feet, too, if he really wants to please his woman.

Agitated, an old white couple playing cards in a booth next to Ralph gets up and moves closer to where I’m seated. “Let’s get as far away from them as possible,” the wife says to her husband, and then looks at me in solidarity to express her disgust.

Ralph is all, “Do you know what the Bible says? The Bible says there’s nothing forbidden in the bedroom.”