We're Not Each Other's Competition 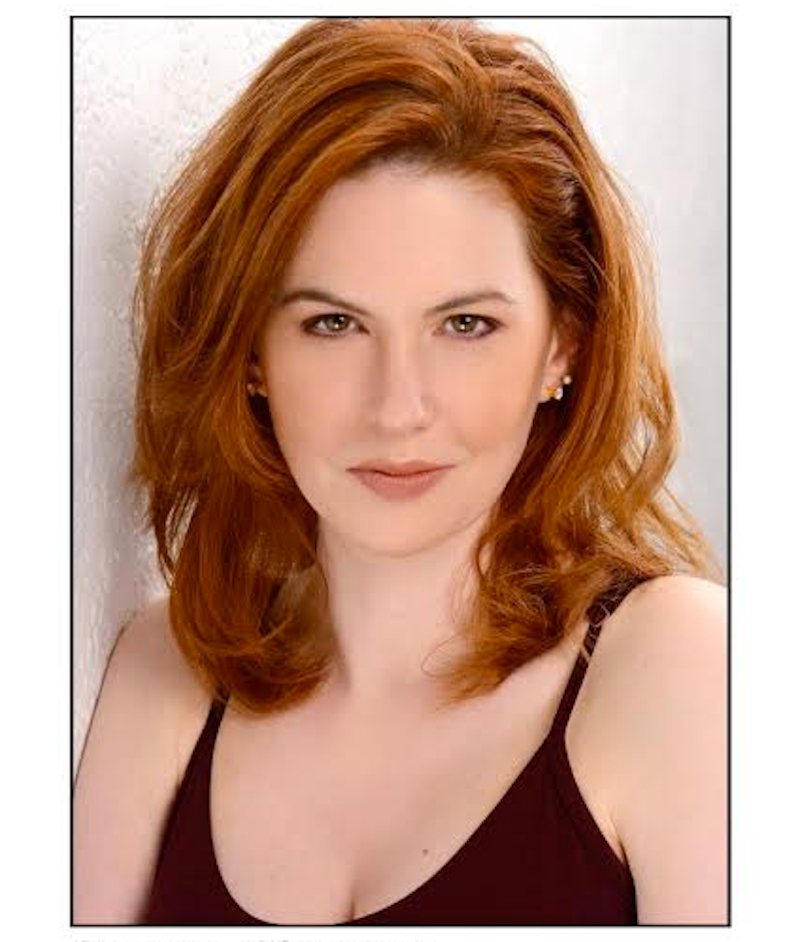 Over the last decade, actress Seregon O’Dassey has become a beloved fixture of independently produced horror, fantasy, and sci-fi films. She commands a cult following thanks to her portrayal of consistently tough, confident, no-nonsense characters. O’Dassey’s most popular films include the crazed splatter flick Captured Hearts and the moody chiller GhostWatcher 2. She had a supporting role as a sexy witch in the gore comedy Witch’s Brew, and has had numerous bit parts in everything from the ABC soap opera One Life To Live to the recent Scorsese blockbuster The Wolf of Wall Street. Perhaps her most ambitious film to date is a dystopian epic called Cleric, which she co-produced (look for it in theatres March 15).

Last month I wrote a piece for Splice Today about extreme violence in films and television, and Seregon O’Dassey was one of several film industry pros I interviewed. During that interview, O'Dassey dropped some compelling bombshells that fell outside of the article’s main focus. This led to a second Seregon O’Dassey interview, one which centered around the unusual perspective she’s gained as a feminist actress in a sexist society. Unfiltered and unapologetic, she talked about the symbiosis of gender politics, pop culture, and violence, and the power that this dark trinity exerts over the film industry.

SPLICE TODAY: What is your definition of feminism?

SEREGON O'DASSEY: Equality. Women making our own reproductive decisions. Not having pink and blue be for one gender or the other. Being paid the same, not having your job application passed over because it says Ms. Instead of Mr. Not being expected to push out kids in order to be considered a real woman. Stop saying it’s “that time of the month” just because we’re “moody.” People get moody, not just women. Stop calling a tank top a “wife beater.” Spousal abuse is real, and it does go both ways.

However, I feel that also means not getting special/preferential treatment, either. If you want to be equal, then you need to do the same things as men. One example would be signing up for selective service. I’m a fan of the idea that everyone should serve in the military for a minimum of two years. Everyone. It also means acknowledging that women do hit men, and that there are guys who are sexually assaulted. Just because you don’t hear of it often doesn’t mean it doesn’t exist.

Ladies, let's support each other! I'm tired of cattiness and jealousy. We're not each other's competition.

ST: Without naming names, can you tell me about your interactions with directors, screen writers, agents, and other show biz pros who were sexist and/or misogynistic?

SO: There haven’t been a lot of experiences for me (thank goodness), but [on the set of a 2013 film] one DP stated that “women who do nude scenes were whores and… aren’t real actresses.”

The first AD said, “That’s not true. What a woman does with her body is her business.”

“So that includes prostitution”?

“Yes, idiot! It’s her body. What don’t you understand”?

Needless to say, I didn’t see that same DP after that day.  On another level, guys need to stop making kitchen and rape jokes. There’s nothing funny about either. All that kind of “joke” does is tell the world how insecure and threatened that guy really is.

ST: Have you ever outright refused a role because it reinforced a sexist female stereotype?

SO: I’ve turned down roles that I felt were weak. For example, a role where all a female character does is run and scream. Meanwhile, her boyfriend saves the day. I’m not sure I’d call that outright sexism, but it’s definitely gender stereotyping.

ST: Here's a question specifically in reference to one of the quotes you gave me earlier: "For some reason feminism has come to mean man hate or putting men down. I don't believe in that..." How did you discover this misconception?

SO: It’s everywhere if you look around. Why does a guy need to drive a BMW in order to get not just a woman, but a hot woman? Why don’t we have a woman in a business suit driving a BMW picking up a hot guy? It trains women to only go after money and puts pressure on a guy to make a certain amount of money. That’s also the reason I don’t like classic fairy tales. They’re are all about having a young, rich and handsome prince come and rescue you.

Take a look at how we treat virginity. Our society treats women as if their virginity is a prize to be won. But for guys it’s a burden, something they should get rid of so they can get laid as often as possible. Not only that, but also that women should wait until they find a man to love them, that they deserve candles, satin sheets and roses. Why don't we treat men like they deserve those things? Because they do. It's not something to disregard and I find it offensive to men that we don't treat them the same way. Voltaire said, “It is an infantile superstition of the human spirit that virginity would be thought a virtue and not the barrier that separates ignorance from knowledge.”

Being a feminist has become synonymous with a feminazi. I don’t believe in putting anyone down in order to raise anyone else up… I’m intelligent and mature enough to know the difference between equality and revenge.

SO: It’s definitely more prevalent in bigger budgets. I’ve seen commercials that say “it’s not for women.” Why the hell would you be sexist on purpose and alienate 80% of your buyers? Or recently I saw one where a cleaning product targeted women, specifically mothers. Fathers clean, they tend to their child’s wounds. There was a Tide commercial that actually targeted men who are stay at home dads. Way to go, Tide! Whoever thought of that commercial deserves a medal!

ST: Have you found that the problem of sexism affects all facets of the entertainment industry?

SO: I’m not sure. I don’t work in all areas, so I can’t comment. However, I do see my female friends that are gamers complaining about the sexism that is going on with that genre. I’m not a gamer, so I’m not sure what’s going on there, but it’s there.

ST: Are problems associated with sexism on indie film sets any different from those found in a more mainstream setting?

SO: Probably not. There are various ways to be a jerk. The douche bag mentality isn’t limited to one area. Anyone who’s threatened by anyone else, particularly the success of someone else, is going to be an asshole regardless of who they are or where they work.