The Complications of Race and Sex

When attraction meets the full-blown ratchet racism of daily life. 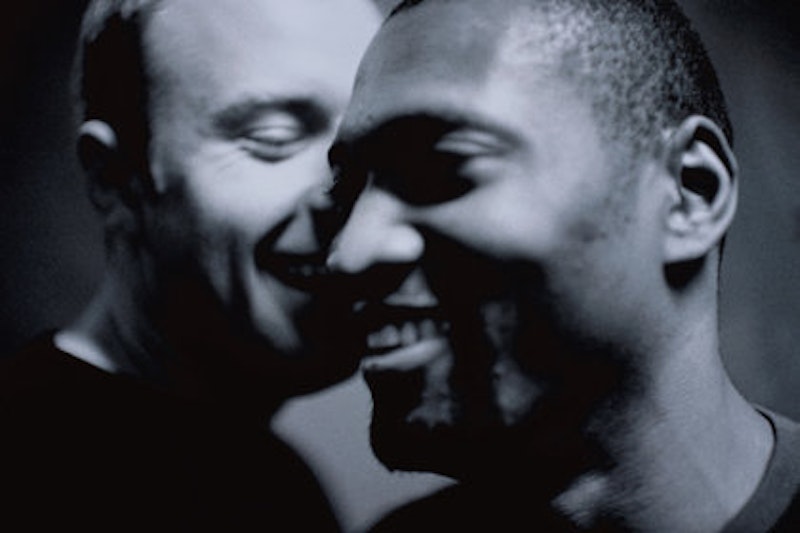 I like white guys. A lot. This doesn’t mean that your boy will go for any and every white guy just because he’s white. No. I have a very specific type: tall, skinny, artsy, and looks maybe like he had a cocaine binge last night to finish a demo/painting/film edit or something idk. The other day I was getting a coffee and the guy taking my order was about six-foot-three, messy curly blond hair, shaved on the sides, tattoos covering his arms, wearing a white V-neck (possibly Fruit of the Loom), super skinny dark jeans and he had the tiniest hoop ring in his nose.

I would have done a-n-y-t-h-i-n-g to get close to/near/on/around his cock.

Over the years I’ve probably written enough pages about sexual racism in the gay community and the frequently awful behavior of white gay guys to fill a book. In the past I’ve placed nearly all the blame for gay sexual racism on white guys, but recently I discovered just how powerful whiteness is to black gay men.

Last week I went to a private gay brunch for a gaggle of easy, breezy, beautiful black bitches. We were on the 23rd floor of a fabulous loft, right downtown. The purpose of the brunch was to bring successful, educated black gay men who are on the come-up from various social corners and life worlds together in one room. It was amazing, very Loretta Devine-and Whitney-Houston-in-Waiting to Exhale. We had chicken and waffles, lots of alcohol. We put on some beats and started voguing, watching Beyoncé videos, and getting to know each other better.

This event directed towards black gay men was invitation only. There was even a strict “no white queens until after 3 p.m.” policy.

“Oh they want to come,” one person told me. “Especially the chocolate-loving ones.”

The brilliance of a black gay men-only event was how it theorizes the fact that black gay men often have little sexual value in the mainstream gay world while also having to deal with sexual racism. And that’s in addition to the full-blown ratchet racism of daily life.

When I asked about what prompted the event, one person told me that it was to shred a sense of competition. “When you go out in Boystown, as a black gay man or a person of color, you waltz into a bar and there might only be one or two people who like black guys in the whole place. So if there’s more than one black person in the bar then you are both kind of competing for the attention of the one or two white guys in the room who like black guys. This brunch is supposed to be a fun, drama-free, friendly environment so we can stop throwing shade at each other.”

So there we were, in a space dedicated to the celebration of blackness, where black humor, black cultural references, and black beauty had poignancy that it perhaps doesn’t always have outside of the luxurious apartment we were in. But even in this space that was specifically and intentionally created by black gay men for black gay men, whiteness kept creeping up. More than one person made the joke that “The white queens can’t come until after 3. I know this brunch is for us black girls, but I know all you bitches like white guys. Every single one of you.”

“I was with one last night!” one person said.

“And I might get one tonight!” went another. Everyone laughed. Later, another friend showed me pictures of several hot guys he was talking to and when I told him I generally don’t like the blond hair/blue eyes combo, he told me: “I know. I have a disease. It’s called Aryanism, like alcoholism.”

I was fascinated that even in a space that was specially carved out for blackness, whiteness still made its way into the room.

There’s a misguided idea that if you like white guys and you are a black gay male, then clearly you hate yourself and you hate being blac(kkk). But here’s the thing: off the top of my head I can think of several black intellectuals, academics, critical race scholars, artists and activists—the people who promote and celebrate blackness the most—who all have white partners. And you know who you are, too. So how do you explain that?

“I think it has a lot to do with class,” my good friend argued. “As you get more advanced degrees and enter into these white social universes you’re not even supposed to be in, there just aren’t that many people of color and indeed you are probably the only one or one of few.”

The moral of the story is that race and sex are so much more complicated than we think. I still stand by my calls for white gay men who consciously don’t do boys of color to accept their sexual racism and call it what it is. But I also want my easy, breezy, beautiful black bitches to recognize the power that whiteness has over us and to sit down and talk about it with each other. Tall skinny white boys are my weakness, and it is as problematic as it is titillating. But maybe that’s the nature of desire.