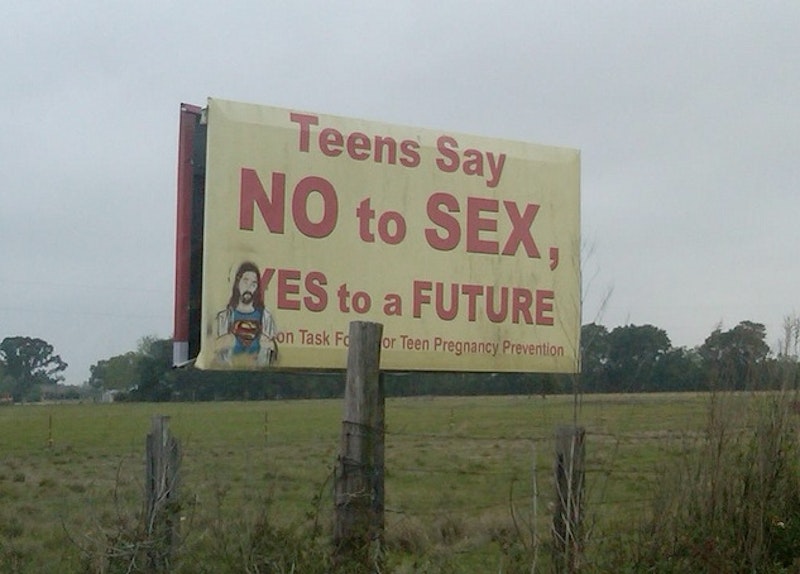 The research conducted on teen sexuality, for some time now, has suggested a causal link between the consumption of a sexualized media and the early onset of sexual activity. This has allowed a lot of people to point the finger at the heathens in Hollywood for what they perceive as the moral breakdown of society. Rather than examining the role that sex education, parenting styles or religion play when adolescents choose to engage in sex, they have trotted out the oft-used statistic that pre-teens exposed to a lot of sexualized media are twice as likely to lose their virginity by the time they are 16 than their peers who consume less.

Recent research, however, suggests that we may have been confusing a symptom with the cause. Temple University psychologist Laurence Steinberg reexamined data from the watershed 2006 Pediatrics study linking media and sexualization and found that the study did not take into account that children who already have an interest in sex will be both more likely to consume sexualized media and begin having sex earlier.

As Steinberg explains, "There is a common problem in social science research called the third variable problem. When looking at the relation between a given behavior and given experience, it could look like there is a correlation, when in fact the relationship is dependent on something else entirely." In other words, it may look like sex in the media is causing teens to have sex earlier, but that’s not necessarily so.

Steinberg used a more conservative approach to the data, which allowed other factors that might affect sexuality to be considered. His results take into account the subjects' academic background, religion, relationship with their parents and their peers' attitudes toward sex. Once you include these variables, the link between media consumption and sexual activity disappears.

While it’s a legitimate concern that adolescents are becoming sexually active earlier, the debate over when teens have sex is eclipsing a far more important issue: how they have sex.

In another study published last year, researchers at Columbia University and the Guttmacher Institute found that condom and contraceptive use has been on the decline among American teens since 2003. The study, which analyzed data collected by the CDC [http://www.cdc.gov/HealthyYouth/yrbs/index.htm], concluded that the decline is in line with an increase in teen pregnancy and sexually transmitted diseases during the same time period. Teens are not having any more or less sex than they were 10 years ago; they are just doing it less safely.

According to the researchers, reduced contraceptive use is most likely the result of a decade of abstinence-only sex education that fails to teach kids how to protect themselves from unwanted pregnancies and disease and only mentions methods of contraception to question their efficacy. Another likely factor is the decrease in HIV-prevention programs.

Parents may hope that their kids wait until marriage—or at least until they are out of the house—to begin having sex, but as we can see, that is not all that likely. The reality is that our sons and daughters will explore their sexualities before they know how to drive. And by ignoring the problem or by trying to lay the blame on the doorsteps of media companies, we are missing the opportunity to teach them the vital information they need to know to stay safe.

What if, rather than changing the channel with a blush and a cleared throat when a TV show gets steamy, we took the chance to question our kids about sex? How much do they know about it? What are their expectations about it? And most importantly, how much do they know about protecting themselves and their partners? Parents may find that this one conversation has much further-reaching effects than a lifetime of movies and magazines.