The First Time Comes with a Price

An interview with Elizabeth Raine on selling her virginity to the highest bidder. 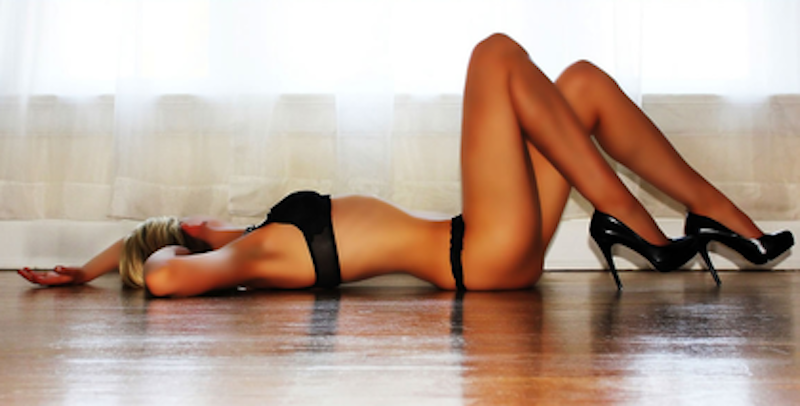 I gave mine away at the age of 15 after drinking beer and smoking some weed. Some women hold on to theirs until they have a ring on their finger, but most women saying yes to those expensive white dresses aren’t virgins.

Even in our culture, there is still some value placed on a woman’s virginity. That makes it a commodity. It’s all about supply and demand. If men weren’t willing to pay for sex and pay more for sex with virgins, the oldest profession would have gone bust a long time ago.

Thanks to the Internet, there are now online auctions where women and some men are selling their virginity to the highest bidder. Elizabeth Raine (a pseudonym) is a beautiful, intelligent 27-year-old medical student. While she is busy studying human anatomy, she is doing something with her own body that many people find offensive.

If you believe that a woman’s body is a temple and that selling access to yours is a sin, that’s understandable. Perhaps you should read Genesis 9:18.

Elizabeth is American, but prostitution is mostly illegal here, so the auction is being managed by an agent in Sydney, Australia. Elizabeth is going to pay taxes on her money and donate 35 percent to a charity that brings education to women in developing countries. It’s her body and her business, but if you want to learn more about Elizabeth’s motivation, check out her blog Musings of a Virgin Whore.

Elizabeth was kind to answer some questions via email.

Splice Today: Who gives a fuck if someone is a virgin? Obviously some men do and they are willing to pay for it. Other people think there is something wrong with a person if they’re still a virgin by a certain age. Do you think that men just want to have sex with you because you’re beautiful and smart? Have you asked any of the men who have contacted you why they feel this need to have sex with a virgin?

Elizabeth Raine: I don’t think it’s just because I am beautiful and smart (your words, thank you), because there are a lot of beautiful and smart women selling sex for a lot less. It definitely has to do with the virginity, more than anything else. I think the reasons why some men are interested in virginity are varied, but most often include one or more of the following:

ST: Most of us have a price. Trust me, writers don’t usually make a ton of money, so if someone wanted to pay to have sex with this 61-year-old worn and scarred body, maybe I would be putting up an auction. I’ve sold my soul for much less than you are probably getting for your body. It’s your body and you can do whatever you want with it, but a lot of people feel they have to comment on how someone conducts their life, even if it isn’t hurting anyone. Have you received a lot of hate messages and how do you deal with that emotionally?

ER: I haven’t received many hate messages—this is both surprising and encouraging (but know that I am not reading the comments anywhere else besides my blog). I’ve received some messages from people that disagree with me, but most often the tone is concerned. But I think you nailed it, “People feel they have to comment on how someone conducts their life, even if it isn’t hurting anyone.” I try to point out to the senders that we are very different people, I need to live my life by my values and not their own, and assure them that I have made the decision that is right for me, even if it may not be the right decision for them or the majority of women. Lastly, I do have thick skin, but I also am relying heavily on the fantastic support system of my friends and family.

ST: Sexual attraction is such a funny thing. It really is all about the heart and mind; genitals don’t really have much to do with it. There is also that chemical attraction, which is quite real. The way someone smells, how they speak, what is behind their eyes—these things can either make you crazy with passion or turn you right off. A lot of people have different kinks that may disturb someone else. How are you going to deal with this if it turns out to be a disgusting experience?

ER: First, I think this is unlikely. I will have complete control over the experience going into it, and I won’t agree to anything I’m not 100 percent comfortable with. In addition, I’m fairly open-minded, less put off by sexual kinks than most, and I never judge (as long as everyone involved is consenting). However, in the event that it should turn out to be disgusting, I will just have to get over it. Fortunately, I will have a nice chunk of change to help.

ST: Any woman who has sex with a stranger has to worry about her safety. Are you concerned about that? Do you have a plan in case you end up with someone who tries to hurt you?

ER: I am little worried about my safety, but not overly so. Safety measures I am considering are verifying the bidder’s identity (this would act as a deterrent), getting to know the bidder a bit beforehand, meeting in a safe environment (perhaps a high-end hotel), and checking in regularly with people during the date. I think this will be enough. If I feel so unsafe that I do not believe these measures are adequate, I won’t go through with it.

ST: I know you are using an alias and blanking out your face in the photos, but you must realize that someone will figure out who you are. Even if the man signs a confidentiality agreement, that doesn’t mean he won’t brag to his friends after a few drinks or someone won’t analyze your photos or your data and track you down. You could probably get your own reality show on TV, but as intelligent as you are, do you think you could turn this into a positive in some way in your medical career?

ER: Well first, I have to say my fingers are still tightly crossed. But, should I be found out, I think it could be very positive for my medical career (as long as I am not expelled). Mainly, I think it will make me a more effective physician because it will make me much more accessible to patients. People don’t realize how absolutely critical it is for patients to trust their doctors, and how detrimental it can be for patients to be judged by their physicians. For instance, a patient suffering from complications of alcoholism may not share how much they have really been drinking, or a sex worker won’t share her number of sexual partners or even seek care for fear of the stigma. Judgment in medicine effectively limits access. I think because I have opened myself up to this experience, transformed into someone infinitely less judgemental, and now have my own ‘skeleton,’  I will be more available to patients and better able to form open doctor-patient relationships. And I may even be able to reach marginalized and underserved populations (such as sex workers) when others cannot.