Robot Handjobs Are a Thing

In case you didn’t get the memo. 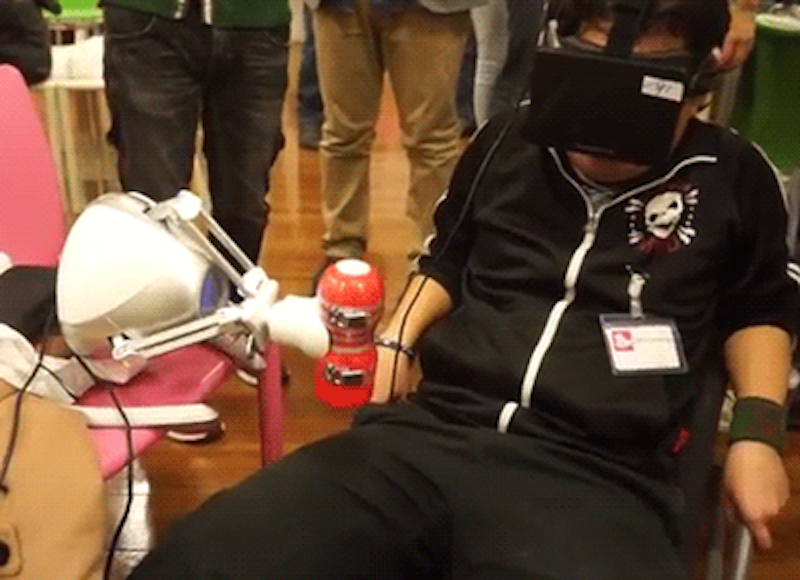 I was working on a Jennifer Lawrence article the other day and ended up on the Huffington Post website. Say what you will about the journalistic integrity of that website, whose brilliance lies in their ability to present voluminous content without actually paying the people who created it, but they are good at grabbing your attention. The content link-bait that surrounds what you’re reading often includes grabby headlines.

Don’t ask me why an article called “Robot Handjobs Are the Future and The Future is Coming” was one of the suggested articles on the page with the J-Law piece. My first thought was that I hoped the editor who chose that “future is coming” headline had a little chuckle while he or she wrote it. My next thought was about the ad that precedes the story’s video. I’m not sure in what advertising vortex Pacific Life insurance company retirement insurance is sponsoring a robot handjob article, but there you have it. I also briefly wondered about browsing history, assuring myself that I’ve never Googled things that would lead HuffPo to think I had some bizarre jerk-off robot fetish. Honestly, just take a close look at the headlines pictured here from their “Weird News” page:

For perspective, we’re now in a world where eating a huge steak and stealing a lone banana are news.

HuffPo admits right in their story that they cribbed the article from BuzzFeed, quoting a story on how the jerking robo works:

The device attaches a Novint Falcon—a grip-based, haptic controller—to a Tenga, a Japanese industrial masturbator. Used as intended, the user would insert his penis into the Tenga, which would be manipulated by the Falcon. All the while the user views on his Oculus some sort of visual stimulation synced to the movement of the hybrid Falcon/Tenga.

Technically the existing machinery available to women has not to date been robotic in nature but rather quite mechanical. I think a robot designed to please women would require a bit more nuance than this Japanese shake-weight on steroids. No offense to women who prefer the complete lack of nuance of something like an extreme plow, mind you, and although I wrote a bunch of sex toy reviews, I’m certainly not qualified to speak for the intricate and varied sexual needs of women. But I cannot fathom that a male version of the cheap anime character in that video would turn a woman on. It seems like they wasted too much of the budget on the mechanism feature and not enough on the imagination feature for the product to translate well enough to meet feminine demands, sexist though that statement may be.

That said, if it didn’t cost much, wives/girlfriends/lovers across America would probably plunk down a credit card for the robo-handjob and ask if there was a mouth attachment, too.