Nothing's ever quite the same after 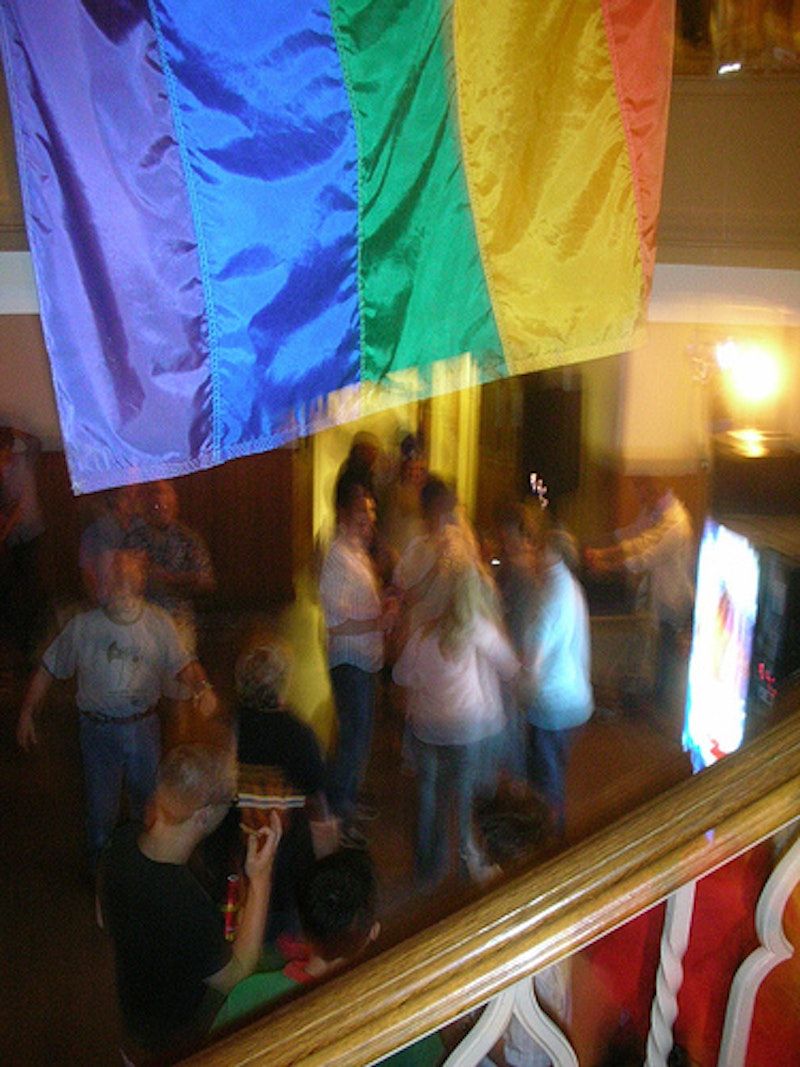 My college major, English and Textual Studies, ought to be renamed Gender, Sexuality, and Race. Considering the only essays I don't mind due Friday at midnight are ones based on close readings of James Baldwin and literary-infused graphic novels, this works in my favor. Technically, it is a cuter way of saying "Be Prepared Because You’ll Fucking Read a Lot and It Will Involve Controversial Topics.” Sounds like the perfect concentration for a lesbian blogger.

She zoomed into class on the first day on her rainbow stickered motorized wheelchair, ready to discuss “Don’t ask, Don’t tell” and The Price of Salt (an unbelievable choice of reading.) I scanned the room and felt all of the blood in my veins to drip in between my legs. “Is this where all of the Shane McCutcheon wannabes on campus spend their time?” My focus was splintered as I peripherally stared at a particular woman by the window. Her faultless boyish haircut and razor sharp jaw line sawed me in half. I spent the rest of the semester fascinated by my sudden change of heart in what kind of genital I wanted to go down on.

The first thing that I said to her was how strongly she resembled the L Word character Shane, which as I reflect, seems like an amateurish way of saying “I want you.” From there, we became friends, and to my extreme pleasure, spent a brief intimate moment together. Deep in the heart of Syracuse’s only gay club, I fumbled about her until her skin fell off and found myself touching her in the way I only forced myself to do with men. We weren’t even naked and I was changed in a way that made me write every paper with intense precision and raise my hand at even hypothetical questions presented by our professor.

As predicted, a lesbian as beautiful as she was never single for long. Not even a week past our physical connection, she reconnected with her femme fatale ex. I spent many prolonged moments writing anti-cock poetry and becoming entranced by the same heavy bass lines that played as we kissed. I forced myself to relive the same moment over and over again as not only something to masturbate to, but to fully reap the benefit that came from that night. It is the biggest cliché of all. Everything seemed to click; every questionable behavior I possessed in my relationships with men was suddenly explained. I was gay, and there was no going back.

It was a struggle to be around her after that. We took another class together in the spring, which included a trip to London. Without her girlfriend in tow, we spent 12 days thousands of miles away in an environment that reeked of positive energy and incredible beauty. I had to spend each of those nights in bed mere inches from her, breathing together rhythmically, moments away from tearing my hair out in agony of the respect I had not to crawl next to her and feel her chest rise and fall. I was reduced to being sated by only watching her most raw moments, moments only her partner could join her in. When she spoke I eagerly listened, and with each word I understood more of what went silent than what was spoken. I regretted never having admitted to her how I was feeling, but it seemed like the best decision for both of us.

Our friendship thrives, and to this day, I have no idea if I fell in love with her. There was no validity or logic to call it love. She was the conduit in which my darkest suspicions were quenched; making the moments I spent with her some of the richest of my life. The succession of months that passed were ones in which I felt more alive, buzzing at the slightest touch, producing good essays and even better fantasies. It clearly wasn’t a onetime situation, as my only relationships post-Queer Fiction has been with women. But at 24, I finally have experienced what they call “first love” and will be eternally grateful to my college major and courage to realize to look past my unrequited desire. College can teach you more than sentence structure and logarithms.