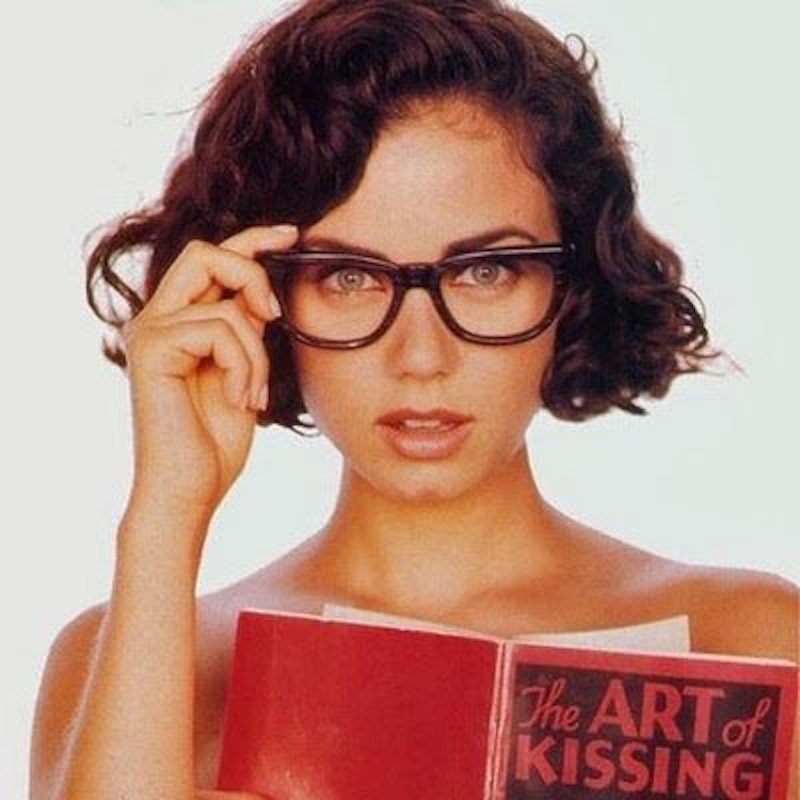 The most perverse pornographic fantasy I have ever encountered was written by a woman. The author's nom de guerre is Tabico; her story, "Adaptation," is a sci-fi zombie apocalypse in which the heroine experiences an escalating sexual entanglement with alien insects who control her brain. The tale reaches a climax of horror and bodily fluids when the female queen graphically deposits her eggs in the human whose brain already houses her larvae, providing for a transcendentally perverse crescendo of lesbianism, incest, bestiality, and general squick. And yes, we then get to see the girl give birth to the insect brood. Which is supposed to be a turn-on.

I get where Louis C.K. and Hinds are coming from. Male sexual imagination can feel both incessant and oppressive. (I wrote about some reasons for this here.) And male sexual desire can and does play a part in treating women as less than human. Andrea Dworkin wasn't wrong about everything. Sex trafficking is not synonymous with all prostitution, but it does exist, and that should be reason enough for guys to think seriously about what can sometimes happen in the name of their dicks.

The problem is when the recognition of the importance of sexual ethics turns into a situation in which broad swathes of fairly innocuous sexual desire start to be treated as innately unethical.  And that does seem to be what is happening in Hinds' opening paragraph:

"I’m a stay-at-home dad to twin 4-year-old girls who are already smarter than me, and my wife is a brilliant doctor who kicks ass and saves lives every day. I grew up with big sisters and a mom whose authority was unbreachable. I celebrate every inroad that women make into business, technology, science, politics, comedy, you name it, and I get angry about “slut-shaming” or “stereotype threat” or whatever is the affront du jour. And yet, in the caveman recesses of my imagination, I objectify women in ways that make Hooters look like a breakout session at a NOW conference."

Obviously, this is quite light-hearted, but I think the underlying logic is clear enough. Being a good person, and particularly a good feminist, is contrasted with experiencing sexual desire. Respecting women is incompatible with desiring women. A formulation which, I suspect, would be a surprise to no small number of lesbians.

The fact that Hinds' discussion skips lightly over the possibility of same-sex desire isn't just an incidental consideration. Sex-positive feminism has been led in large part by queer people because they know better than just about anyone the downsides of criminalizing desire. Along those lines, it's worth pointing out that anti-feminism and anti-lust are not incompatible. On the contrary, conservative traditionalists often share Hinds' worries about impure thoughts. Based on the evidence compiled, rhetoric about the unstoppable awfulness of male desire seems more likely to lead to the burka or abstinence-only education than to any mainstream feminist policies.

Sexual desire, personal relationships, and power are mixed up together in complicated ways, and I don't think Hinds is wrong to want to think about them in a feminist context. I just wish he hadn't ended up in a place where sexual desire is perceived as both quintessentially male and quintessentially un-feminist. Guys don't have a monopoly on perverse daydreams, and it’s no benefit to women to pretend that they do. If you're a guy and your fantasy life is oppressing you, by all means figure out ways to get a handle on it. But that seems like it's more about your personal happiness than about anything having to do with helping women, who, for the most part, are too busy with their own filthy preoccupations (some even involving insect sex) to worry too much about yours.