Those who apologized for their self-indulgent lifestyles gave me hope that somehow they could fix the fucked-up world. 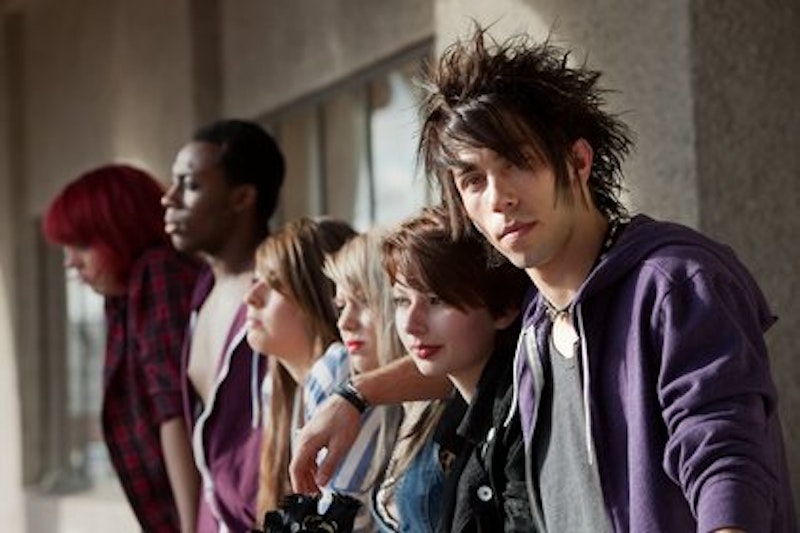 I don’t know if Vice was worried about publishing a photo of this old broad next to the images of lovely young naked women, but they did. If they could have added my photo to the “Don’ts,” I’m sure they would have. I better check to make sure that didn’t happen. Actually they were very nice, if a bit surprised that I read Vice on occasion.

I wrote Vice a letter asking them to publicize an Indiegogo campaign I created to raise money for a very old woman. Norma Marshall is 94 and she was scammed out of her money by a housekeeper. My campaign wasn’t going well and the “olds” weren’t forking out the cash. Many of the people I talked to who are in my age group had never heard of crowdfunding. Those are the same people who’ve never used Twitter and only started using Facebook. I’ve even had to explain what a blog is to some of my friends. I figured I would go to the large worldwide audience of young people who take selfies and post them on Instagram.

What surprised me was the number of Vice readers who donated and wrote me emails. They sent in over $4000, helping me exceed my $5000 goal. The campaign ended on May 2.

A lot of the people who wrote apologized for their selfish generation and said that they didn’t want people to think they didn’t care, even if some of them were assholes. Some said that they really didn’t care that much about shit, but they had a grandparent who they loved. One young man sent in $1500 when it looked like I wasn’t going to make my goal. He said that he “wanted to see that not all of my generation are narcissistic fucks.”

I also received a lot of emails from middle-aged women who read Vice, despite the sexism that is rampant in that publication.

The founders of Vice are probably well into their 40s and that is much closer to 50 than I’m sure they would like. Or maybe they do like it. Wrinkles, faded tattoos and arthritis are easier to deal with when you have millions of dollars. Last year, Forbes estimated the fortune of a Vice founder, Shane Smith, at approximately $400 million.

Most Vice readers don’t have that kind of money. They apologized for not being able to send more. Many of them said they were university students, looking for work, or living in big cities where the rents eat up all of their income. Those who apologized for their youthful disregard for others and their self-indulgent lifestyles gave me hope that somehow they could fix the fucked-up world my generation has handed over to them.

I see the brilliance in the music, writing and art of younger generations in many places on the Internet, including Splice Today. I experience it in real life when I hang out with my sons and their friends. There are assholes in every generation. Most of us aren’t born that way, in fact, I think that time turns some people into assholes.

I feel sad that so many of the people who wrote me have such a low opinion of their generation. Maybe if we gave younger people some hope and encouragement, we could put a butt plug in that thought process right now.