Why I'm Over Beyonce

She doesn't seem to stand for much of anything. 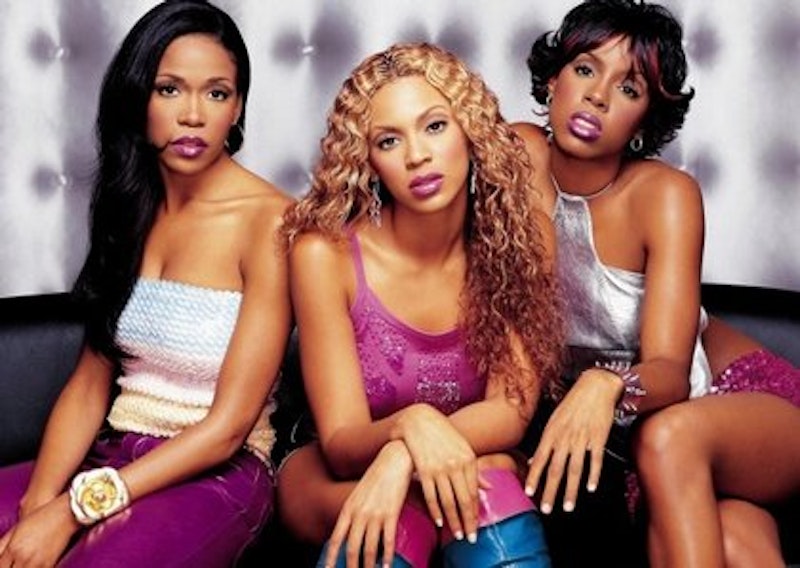 All the recent publicity has made me realize why I’m not a big fan of Beyonce or the awe that surrounds her. The only exception is when she was in Destiny’s Child, because back then you could see the drive in her eyes to be Beyonce, no matter how many Micheles she had to step over. But now that she’s “arrived” it’s just not the same. Even after playing “drunk in love” over 500 times, I think Beyonce is really just a regular chick. Hold on, let me put the chain lock on my door in fear of the “Beygency” coming to eliminate me.

She’s no role model and speaks in circles: For someone with her accomplishments, she says very little. My friends argue that this is a part of the “persona,” but I’m not convinced. She doesn't seem to stand for much of anything, nor use her fame to promote any particular social issue of her own. Beyonce is now a “role model,” and parents are disturbed by her new album. Well, newsflash to all you criticizing parents, if you really look at the core Beyonce, I don’t think she set out to be a role model for young girls or anyone else. All of her “own work” is (allegedly) pushed on her by those surrounding her. She rarely makes any passion of hers known. This new album and its style, although damn good music, only reinforces that she’s a sex symbol just like the rest of them; the only difference is, her weaves and choreography are the best.

Gaga did it in half the time: Why has Gaga been able to achieve Beyonce level fame in half the time? This Italian, New York-loving, gay pride-repping, wig-rocker actually stands for something, and she’s talented to the core! She’s passionate for the arts, and showcases the underground communities that inspired her. Gaga appealed to the majority faster because she has substance that shines through the fame costume, and (white) majority folks need that extra component to make your fame last. She gives her fans an incredibly intimate experience. She speaks with high intelligence, struggles to remain humble, and could achieve success on her own as an artist from the day she put that wig on. Yes, I know that some would argue that white privilege does have a lot to do with Gaga’s quicker rise, but I’d also argue it’s because she’s a precocious pop starlet (link article) that’s built a world of fans who connect deeply with her artistry.

Beyonce is her “first” album: The new album is hands down the shit. I personally think of it as her first album. It’s one of kind for many reasons, the main is that it’s not so anthem/commercial-driven. It’s raw, feels real, and is intimately relatable. The reason I’ve never been a die-hard fan is because I think the majority of “her” work is good, but just consists of anthem after anthem to sell records and build that B-hive. Conversely, this album lets us get to know her a little bit, and there’s “art” or extreme references in the videos and lyrics. It’s as if someone dropped the porcelain doll and out came a twerking sprit, half naked and in love with a rapper!

YOU too could be Beyonce: She was born into what she does, molded constantly to be a star, and us black folks put her there fast! All we needed to see was that can she can swing a fierce weave, shake her booty in heels, and hold a note. I think we’ve made Beyonce so big because she embodies a sense of fierceness, confidence, and sex appeal that each of us have somewhere inside of us, but she lives it on the outside (for us). I get it, I understand why people love her, but she is not all that different from you and me; don't give her so much credit, because with the same resources from early on you could be Beyonce too!

No one knows Beyonce: I can’t vibe with people who are emotionless, and Beyonce seems like one of them. For me to be a hardcore fan I need to see you do the most to connect to what your work (ostensibly) represents. Wendy Williams says it best: “She’s the same person who sings 'who runs the world; girls, girls', but in real life she’s as passive as a pussycat.” She’s blown up, especially within marginalized communities, and her music, perceived confidence, and performance abilities have connected us around the world, but I don’t think she’s connected to it the way we fans are. And I don't understand all these people who claim they are true fans, because none of us really know what she is like…you won't learn anything from one of those filtered interviews.

As the chatter about the Solange, Jay Z, and Beyonce family affair continues, we should focus on the fact that Beyonce and her crew are normal people, who have major family blowouts and sometimes lose control of situations. Beyonce fans, please don't misinterpret my words. I love Beyonce, but I’m not sold on just her; I realize there are many hands that created her career: from the stylist to those incredible choreographers, who all push her to be fierce. Above all, I respect her drive. She’s made it, and represents the American Dream to the fullest. She’s incredibly talented, but I've realized that I am not a major fan because she’s not an artist; she’s the face of a corporation that builds her talent.