Who Will Give Us Head?

Even the most glib and superficial mass pop art protest artifacts from the 1960s overpower what we have today. 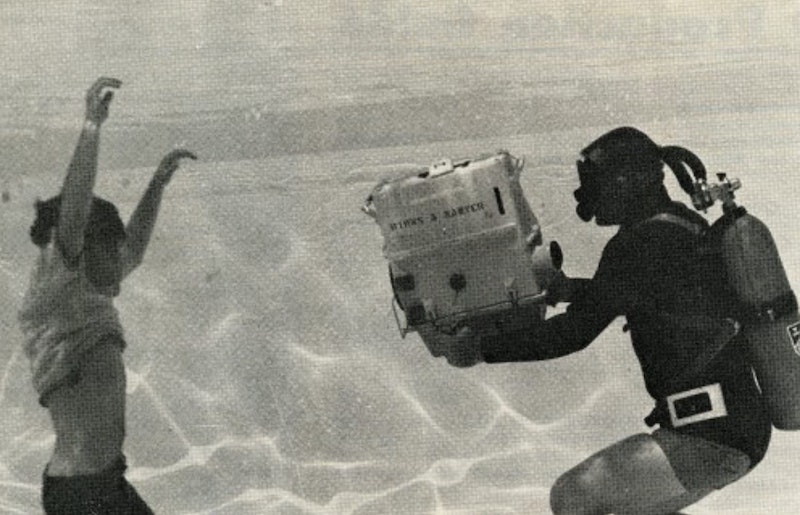 Pop politics will never again be as fun as Head—at least not any time soon. In 1968, Bob Rafelson, Jack Nicholson, and The Monkees made the best movie starring a rock band ever, but their fans were disgusted and their critics were unimpressed. Dumped into theaters with little obvious Monkees promo at the end of 1968, months after their titular television show had been cancelled, the film juts out now as one of the most impressive and enduring pieces of American political pop art. It’s all the more striking when you find out this was part of a “one for them, one for me” deal for Rafelson with Columbia Pictures, who agreed to fully finance Dennis Hopper’s Easy Rider if Rafelson made a commercial Monkees movie first. Whoops!

Head is still a bizarre product meant for a mass audience: part A Hard Day’s Night, part American remake of four or five Godard films from the late-1960s (particularly La Chinoise and 2 or 3 Things I Know About Her): jagged montage pitting a Monkees self-parody song with uncensored footage of the execution of Nguyen Van Lem.

The abrupt tonal shift happens on over a dozen miniature mock televisions sets arrayed in the frame, and off we go. Footage of Nguyen Van Lem’s execution and other images of death and destruction in Vietnam are intercut with acid test sequences showing Peter Tork losing his concentration on stage, losing interest even, unsure what to do when girls are screaming at his feet and yet the napalm is burning in Vietnam.

Never mind that Head got bad reviews—it’s amazing it was ever produced and released at all. Can you imagine Taylor Swift or Lana Del Rey making a feature film where they skip around as in a lighthearted musical, smile wide to the camera, and then show footage of concentration camps, wherever they may be now in the world? Childish Gambino’s “This is America” video and Beyonce’s Lemonade visual album come close, but they’re holding back. One must assume so were The Monkees, Rafelson, and Columbia Pictures. But if Head is holding back, who’d want to go all the way?

Reading Stephen Silver’s negative review of Coastal Elites on Splice Today earlier this week, I couldn’t think of a single person willing and able to make a great pop political piece of entertainment right now. Of the new Jay Roach film, Silver wrote: “At some point during the opening segment of HBO’s Coastal Elites, probably after the fourth or fifth time Bette Midler mentioned The New York Times, a thought occurred to me: Why does every single Hollywood-produced piece of political satire in the Trump era say the exact the same thing?”

Because they have nothing to say. Trump’s most egregious crimes in the eyes of entertainers are rhetorical and aesthetic. There’s no serious movement to oust Trump on the basis of his human rights’ abuses—from limited bombings in Syria to withholding aid from Puerto Rico after Hurricane Maria, to the escalation of ICE concentration camps and the absurd number of Americans who have died of COVID-19 under his (maskless) watch. These people can’t stand that Trump is a misogynist and that their moment of representation was blue-balled for four years, or forever, who knows.

Dave Chappelle has tried, to mixed results, to make something funny and politically salient in the Trump era. Even though he’s doing stand-up specials more regularly now, comedy will never have the cultural reach or power of movies. I think Chappelle could still make sociopolitical satire as cutting and timeless as Chappelle’s Show, but he obviously doesn’t want to. Jon Stewart has proven himself more useful in direct action and activism, boring and tedious work that will always be more urgent and necessary than any art diversions (Stewart’s better off staying far away from a movie set, anyway).

Don’t get me started on the primetime roster at MSNBC: you know that all of those people lay awake in bed at night imagining who’ll play them in the eventual prestige picture of their lives. Annette Bening, in last year’s The Report, played Diane Feinstein in a clear dry run for a possible Elizabeth Warren movie. Alas, we shall never know the riches such a project would’ve graced on the world. (A remake of Faust, perhaps?)

It’s not as if there’s a loss for material: Chris Wray, FBI director, testified before Congress yesterday that Russia is actively trying to sabotage Joe Biden’s presidential campaign, and that Antifa “is not a terrorist organization.” People are thrown in black vans, suspected criminals are gunned down in the street without so much as a pair of handcuffs, much less a trial. When is the “heat ray” coming out? I don’t think material is the problem: politics has replaced pop culture in the 2010s and now the 2020s. In the second half of the 1960s through the mid-1970s, politics and culture dovetailed. That’s why so much artistic output from that era has endured: even if the political commentary is daft or naive, it’s brutal and real.

Only Spike Lee can make bulletin movies now. The ending of his BlackKklansman, released a little over two years ago, pole vaults from the 1970s setting to a contemporary montage of footage and pictures from the Charlottesville march in 2017 that left Heather Heyer dead. That’s the only piece of political commentary in a piece of pop culture that did anything to me. If only our chaff was as jagged as Head.