Who Do We Think We're Kidding?

A family goes native, seeking authenticity, but decides they'd rather have air conditioning. 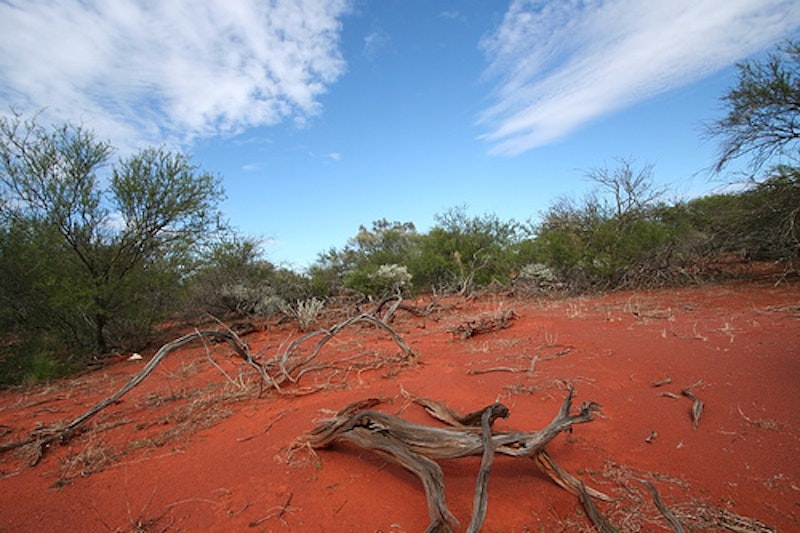 “This, as we country boys like to say, is a good fire,” my father says as he steps back to admire his handiwork. The sap is snapping and the logs are glowing a lovely pale red, so I’m sure many country boys would agree with him on that. But there’s just one problem: my father is not a country boy. He was born and raised in suburban Sydney by European immigrant parents, and he makes it out to the country once a year, if that.

A trip to the country demonstrates just how suburban my family is and reveals just how country we wish we could be. Whenever we come out here—to a friend’s homestead about 150 miles northwest of Sydney—my parents pack their rarely worn Crocodile Dundee hats and riding boots. As my father builds his roaring fire, my mother, who was born and raised on Long Island, starts talking in Australian argot (“right as rain, mate”) and musing about the fleeting nature of material possessions. This from a woman whose shoe collection rivals Imelda Marcos’.

I am not an outdoorsy person. I do not like hiking, or sleeping on surfaces that are not beds. I love the smell of an open fire, but I prefer the feel of central heating. I belong in the suburbs and in the city, for the buzz and the pace, but mostly because I could never survive in a place where there wasn’t a good cup of coffee on every corner. But despite all that, whenever I come out here, I find myself behaving like my parents. I wish that I could live like the family whose home we’re staying in: they can tell one kind of eucalyptus tree from another, they collect their own firewood and they live in a house they built with their own hands.

As born-and-bred city folk, there’s no doubt that we prefer to live where vegetation is decoration, not crops, and where animals are pets, not dinner. But—and I suspect my family isn’t alone in feeling this way—city slickers can’t help feeling that we are somehow less “real,” less authentic, than our friends who live in the country. We’re just as hard-working, but we work at computers, not with our hands and bodies. We lead lives of convenience and speed, accustomed to having everything at our fingertips, and we rarely think about where it comes from. Our friends in the country don’t have that luxury. Our friends in the country are authentic.

The message that life in the country is somehow more authentic than life in the city is not unfamiliar to most Americans. Regardless of its validity, the idea that people who work on the land, who work with their hands and who live far from the big city are “more American” or are “real Americans” is an idea that gets a lot of play in national politics, especially during an election year. Politicians invest a good deal of time campaigning for the support of rural constituents, and as a result, they spend a good deal of energy trying to convey their own authenticity and trying to boost their country cred.

Nowhere has the quest for authenticity been more obvious than in the campaigning and recent resignation of Sarah Palin. Throughout last year’s campaign, she threw in so much down-home, folksy slang, so much g-droppin’ at the end of her words, that many of us non-Alaskans started wondering if under her leadership the state had adopted Incomprehensible as its official state language (of course, the structure and content of her sentences strengthened our case there).

But Palin isn’t the only one who changes her speech, or her clothing, to suit her audience: there’s a reason that male politicians always remove their ties and jackets and roll up their sleeves whenever they address a rural crowd. Each of them is trying to convey to their audience the idea that they too know what it’s like to roll up their sleeves and work with their hands—or in Palin’s case, to climb into a pair of waders and haul in the fish. Even though they normally talk and dress like city slickers, they’re saying, deep in their hearts they’re really country boys who understand the values of hard (read: manual) work and simple living that are apparently the exclusive domain of those who live in small towns and farming communities.

Maybe they do understand that life, and maybe they don’t. Whether or not they do isn’t really important, or relevant. What is important is the strength of this cultural story that country folks are somehow living more meaningful lives than those of us who live in the city. It’s a story we tell ourselves, in movies and in pretty much every country music song ever written. It’s a story that’s so powerful and recognizable that politicians invoke it and, wherever possible, use it to their advantage. And it’s a story that many of us try to live for ourselves whenever we take a trip to the country and marvel at how raw and how “real” life is out here.

Well, it’s been raw, and it’s been real, and now it’s time to go home. When we get there, the riding boots will be put away at the very back of the closet, where they will stay for the next 362 days. We’ll go back to our quick and convenient central heating and our mammoth supermarkets. And just like our friends in the country, we’ll continue leading real, raw, authentic lives, no less meaningful for the fact that we work at desks and in suits.

But the cultural narrative will live on, and as long as it does, that Crocodile Dundee is coming with me. Not because I’ll ever need it—after all, as a laptop-loving city dweller living a mostly meaningless urban existence, I’ll never need a hat intended for herding and hunting—but because I look good in it. Totally inauthentic, but damn good.