What Are You Smiling At? 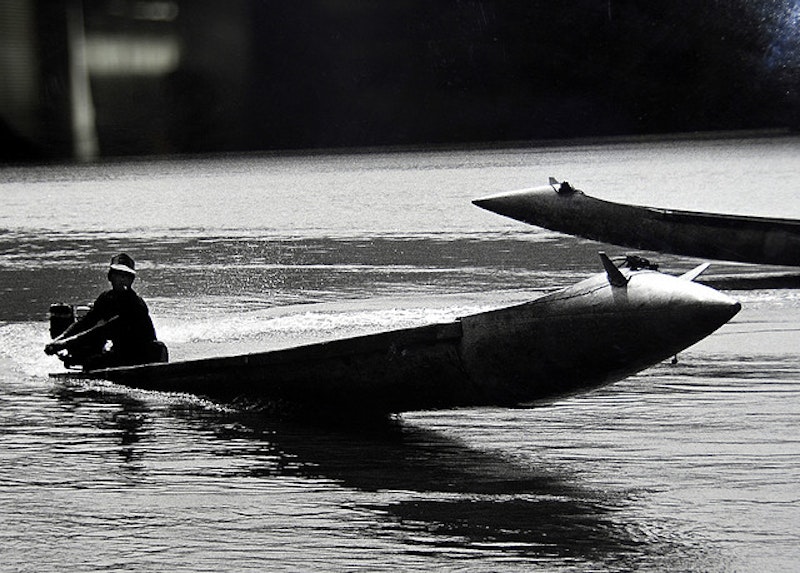 Martin Luther King, Jr.: We are now faced with the fact, my friends, that tomorrow is today.

Marlon Brando: You're lying there and you're mumbling. That's why they pay you money to do the films.

King: They know they must move on or be destroyed by our bombs.

Brando: Don't look at your watch. They want your autograph.

King: Over the bleached bones and jumbled residues of numerous civilizations are written the pathetic words, "too late."

Brando: I mean, we're going to get lost in vocabulary.

King: Nor does the human spirit move without great difficulty against all the apathy of conformist thought within one's own bosom and in the surrounding world. Shall we say the odds are too great? Shall we tell them the struggle is too hard?

Brando: No, not necessarily. What goes on in the world is impossible.

King: Somehow this madness must cease.

Brando: Oh, God no. It's older than whoring.

Brando: But aside from that I've had pleasure talking to you.

King: So far we may have killed a million of them, mostly children. They wander into the towns and see thousands of the children, homeless, without clothes, running in packs on the streets like animals.

Brando: In any event the total result is that I have felt much calmer and I've had moments of real tranquility since I just put a brake on everything and I just, I've done a lot of meditation. What are you smiling at?