Gay, Disabled and Not Complaining

An interview with Greg Flannery, a Philadelphia lawyer. 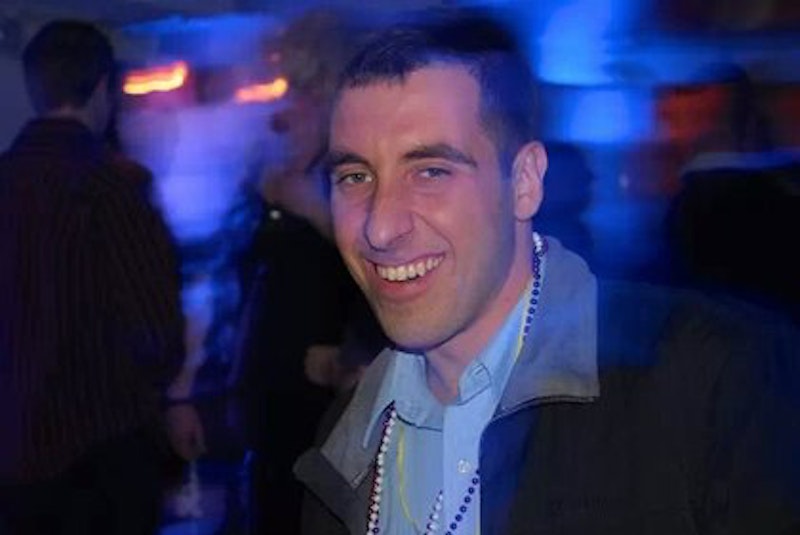 The “It Gets Better” campaign got me through one of the most tumultuous times of my life. I felt that when I came out as a gay man, I’d never find privacy in my sexual life. However, people didn’t care and accepted me with open arms. I also think about what it’d be like if I weren’t so fortunate to be a white male in healthy condition. We say to those struggling to come out that “It will get better,” so I sought to see if that was true across the board. I spoke with my friend Greg Flannery, a gay man who also happens to have Cerebral Palsy. I wanted to know if it got better even when you don’t fall into the dominant representation of gay men that the media feeds our society.

SPLICE TODAY: Tell me about yourself.

GREG FLANNERY: I'm 29, from a suburb of Philadelphia. I graduated from law school in May 2012. I'm now in Washington, D.C., trying to practice immigration law full time and I started coming out to friends at 26 after coming back from Istanbul. I've had Cerebral Palsy since birth.

GF: I was totally freaked out. The first friend I told was by text while we were standing in my driveway. It was also a bit strange because I’d never had a sexual encounter with a guy before. It’s only since moving to Washington a year ago that I've become more comfortable with my sexuality and myself. My dad, especially, is not accepting of my sexuality. Most of my friendships weren't very personal. I had a group of friends that I’d known since college and we always hung out in a group and just watched TV and that was extremely frustrating to me because there was very little personal connection.

ST: How has your Cerebral Palsy affected your life romantically, especially as a gay man where the dating pool is even more limited?

GF: Well, I've never had a romantic relationship. When I was living outside Philly I couldn't drive or get around on my own so I wasn’t going out that much. But I also struggle a lot with self-confidence; mostly because my dad always gave me messages that I wasn't good enough and that my CP was a big deal. I don't believe it is. So I think I have an internalized battle sometimes and project a lot of the negativity, which came from my dad onto other people.

ST: In what ways do you feel yourself doing that?

GF: If I'm going to go meet someone, usually it’s from grindr. I used to tell them I had CP, but recently stopped doing that and one guy in particular wasn't happy I didn't tell him. Also, if someone is romantically interested I tend to try and convince them that I'm not who they want to be dating. On the other hand, I have a really good group of gay friends who are just awesome. So I think it is a work in progress.

ST: How did the man you describe react when he discovered you had CP?

GF: He told me he thought it was inconsiderate and surprising that I withheld important information from him.

ST: How does the phrase "It gets better" make you feel? Would you agree with that?

GF: Yes, absolutely. But it doesn’t get better just because another day passes. You have to work at it. I went to therapy and did a lot of hard work and still am. I also moved out of a bad situation, and just took risks and tried to find people who I enjoy spending my time with. I've been relatively successful in many ways and still have a lot of work to do in other areas. I don't think anyone should settle for being unhappy.

SB: What would you tell someone who was struggling with a disability?

GF: I’d tell them that they were put on this earth for a reason and that no matter who tells them they can't do something, they can, even if they might have to do it in a different way. Find people who will be supportive of you, challenge you and interest you. And if you’re afraid, that's okay, but that is a horrible excuse not to do something. It's normal to have bad days and struggle and feel like shit but you have to do your best to fight through the bad times.

SB: How do you cheer yourself up when you're having a bad day?

GF: That's hard, because I do have bad periods, and I'm not the best at cheering myself up. It's something I struggle with and I'm not an expert. I like being around people, so I try to get out of the house. I talk to cab drivers, old ladies on the metro. I will talk to almost anyone. I also try to remember that my bad days now are much better than they used to be now that I'm not stuck in my parents' house. I'm away from negative members of my family. And some days it doesn't work and I just lay in bed. But then I try to better the next day. I also found that cleaning my room makes me feel much better.

ST: Do you ever feel excluded from the media representation of gay men?

GF: I don't think there’s someone making a concerted effort to exclude people like me from the media. It's true that I don't see stories like mine out there. So maybe it's a bit of both. The media doesn't necessarily look for "my” story. But I have a responsibility to articulate why people should be interested and why my story deserves attention. There are very few things in life that are entirely one-sided, so I don't think you can sit in the shadows and wait for somebody to find you.

ST: What's the type of guy out there you hope finds you?

GF: Somebody who treats me like a human being and is willing to sit and listen to what I say instead of just focusing on the fact that I walk with a cane. Having CP to me is analogous to someone being color-blind. It doesn't define me. It's just a challenge I deal with. But if there are any blond brutish boys reading this, or Mediterranean hotties, I could be interested.