Vampires, But No Vampires?

Irma Vep is more than anagram. 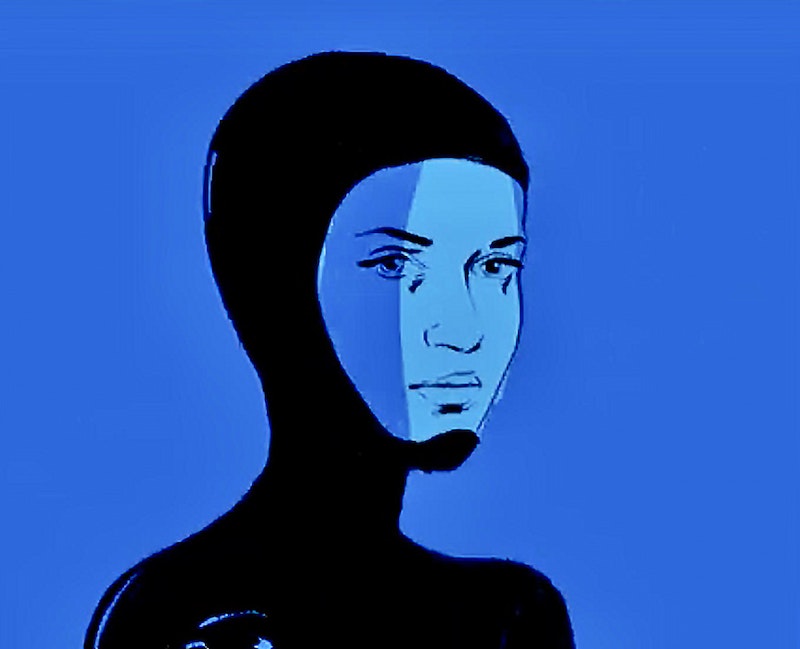 When it comes to the acclaimed HBO series Irma Vep, I wasn’t sure of my initial feelings. Why? Because it felt like swallowing a large horse pill; a challenge to take, however, I quickly got over it and became addicted.

What gives when a series about vampires, has no vampires? This insider’s view of moviemaking starts off introducing several concurrent subplots. The main plot says a lot about the film industry and the people involved making movies. And it’s exquisitely photographed capturing Paris.

Director Olivier Assayas created the American French miniseries combo based on his 1996 film. The satire-drama has multiple film references which you’ll like if you’re a movie buff. And here’s a first. Has anyone else ever seen a clip from a Kenneth Anger film played on an iPhone?

First there’s the credits. Don’t skip these. Some of the most absorbing TV visuals today can be found in opening titles. Often the tone is set for the entire series; Succession, Yellowjackets, and American Horror Story are a few that come to mind. Irma Vep’s animated title sequence has a quick tip of the hat to Henri Matisse designed by Stephane Manel. The palette tone is bright and vibrant; a splashy, wonderful array of off-the chart Pantone colors highlighting a hand-drawn effect.

The focus is  a remake of director Louis Feuillade’s 1916 silent black and white crime serial Les Vampires in France. The lead character Mira Herberg is former ingénue Swedish star Alicia Vikander. In her capacity as the series producer, Vikander exudes a sharp, mature sense of self-assurance; she’s in great form. It’s striking to see a thief working the night. Vikander slinks around The Cabinet of Doctor Caligari-style Parisian rooftops in a black catsuit. She pulls off this brand of stalking in the rain too. Her hand movements and jumps are breathtaking. When you look closer, as it often happens, Mira has frustrating, firsthand emotional concerns involving success, celebrity culture, relationships and bisexuality. Vikander is an actor honing a difficult craft.

There are several other standouts in the series ensemble. Director Rene Vidal is played by Vincent Macaigne; an obsessive therapy-ridden artist with a manic-depressive disorder; obviously a needed requirement for making movies. At one point, Vidal re-edits his feature. It looks like an art student’s experimental film project (the best one since Ghost World) complete with dust, scratches and a heavy metal score.

Another outstanding character is Gottfried, helmed by German actor Lars Eidinger. This welcome addition is a Shakespearean bad boy. Do you know anyone like him? He constantly vapes, smokes crack, gets drunk and is into auto-erotic asphyxiation. Any tips?

An aggressive Hollywood agent Zelda wants Mira to play a super-hero in an upcoming film which bums her out, the role’s played by musician Carrie Brownstein. Might a cast or crew member want to “do” someone else in the cast and crew? In a French way, probably a yes; spiky Devon Ross as Regina Is a cool colleague and one Mira’s potential love interests.

The director’s nemesis, in the Jordan Peele mold, is played by comic Byron Bowers. Even a famous actress makes a cameo appearance in the series finale.

Thurston Moore, a former member of Sonic Youth, composed the score which provides a beautiful and enigmatic musical accompaniment. Could this signal an end to Danny Elfman’s dominance over every other Hollywood movie soundtrack?

Although it’s uncommon to find films or tv series with teeth that accurately represent the film industry, there are a few. Irma Vep’s creators took a chance, and its unique interpretation paid off.