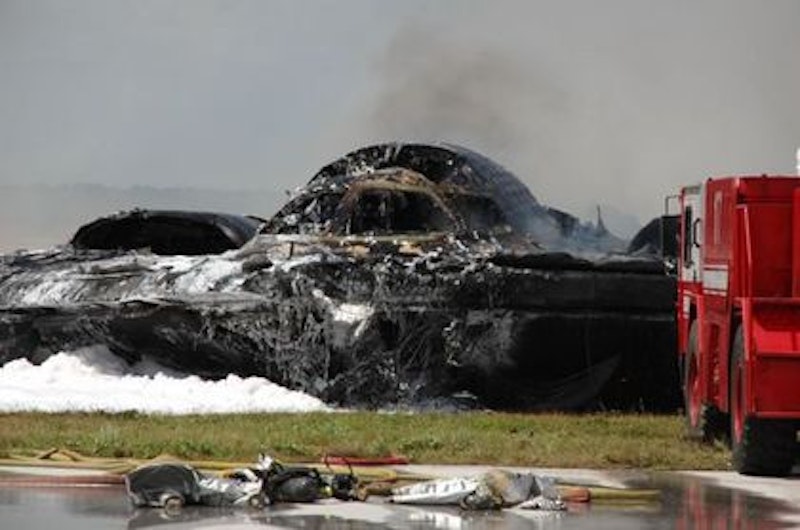 A bit of a downer:

Here we have our first billion dollar accident (and we're only #7 on the list). This B-2 stealth bomber crashed shortly after taking off from an air base in Guam on February 23, 2008. Investigators blamed distorted data in the flight control computers caused by moisture in the system. This resulted in the aircraft making a sudden nose-up move which made the B-2 stall and crash. This was 1 of only 21 ever built and was the most expensive aviation accident in history. Both pilots were able to eject to safety.