Considering art that does not yet exist

The artist couple repsonsible for the Gates of New York City is trying to drum up support for his latest massive environmental artwork. 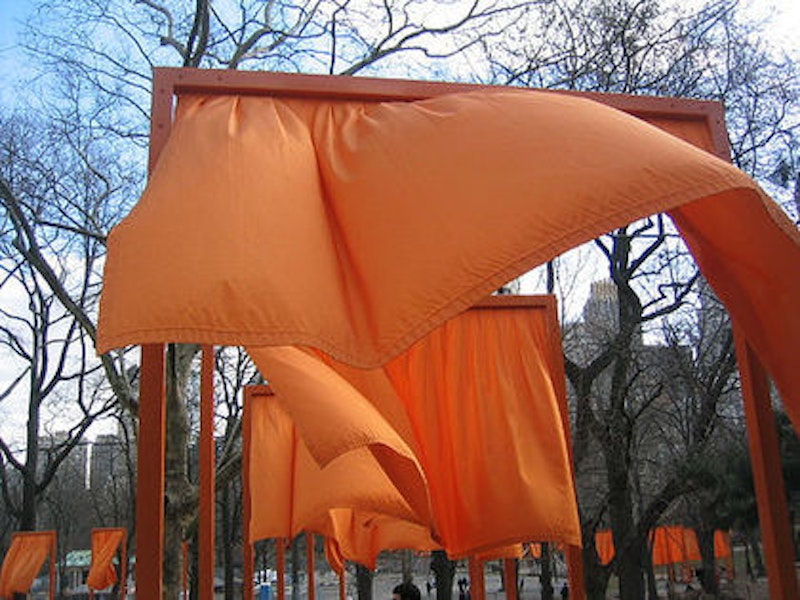 The couple who brought you islands off Miami petticoated in pink, the wrapped Reichstag in Berlin and thousands of orange "gates" in Central Park are now planning to suspend eight huge panels of silvered cloth over a 40-mile stretch of the Arkansas River in Colorado. For two weeks, the project will -- sorry, may -- cover the river with almost six miles' worth of translucent canopies, hovering between eight and 25 feet above the water and reaching almost bank to bank. (A gap is planned on either side to allow visitors to get underneath, and to minimize environmental impact.)

The piece may end up looking great, and changing the way we think of nature and the works of man. (One of Christo's first great projects, the "Running Fence" that stretched across 24 miles of California hills in 1976, seemed to do just that.) Or, as an example of 1970s art held over to the 21st century, "Over the River" may turn out to be a vast waste of time, money and resources. There's no way to know unless, or until, the thing gets built.

After all, the whole point of this kind of art is to make work that's so big, so ambitious and so full of impact that only nature can contain it. It's about escaping white-walled galleries, not filling them.