This IT Project Manager Poster-Boy Model Is Freaking Me Out

Taking one for the team. 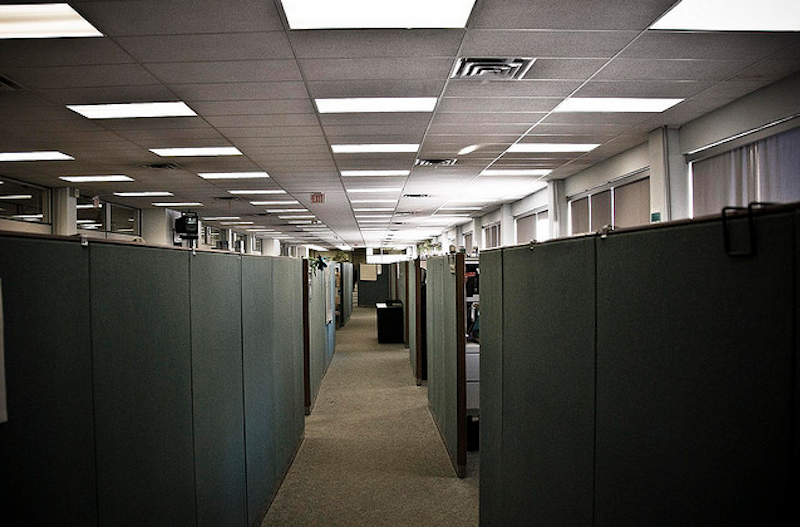 When I look at you—really look at you—there’s a void, there. No, not in a vampire staring into a mirror sort of way, I mean, you’re really present, and it’s not as though you’re going to turn into a bat. But there’s no you there. The guileless grin, the blond hair teased and gelled into a roughed-up duck Mohawk, the metrosexual hep salmon dress shirt, the essentially invisible tie. You’re half an Adonis: incomplete, a template.

And the teeth are out. You are grinning like someone who discovered something without trying but doesn’t want this held against him, grinning in the direction of a professional photographer, and therefore grinning out into the world at me and everyone else who has ever taken this online “Introduction to Project Management” training course, or ever will.
Mugging like a bashful shark with a split personality.

And now here you are again, in another picture, taking charge in a way that isn’t even passive-aggressive. There’s some degree of inference at play on my part, of course, because when the female narrator with the precisely modulated voice—you hit that, bro?—was exploring the particulars of project planning, you were smiling in a more restrained way and clutching a portfolio.
When the oration shifted to the controlling and executing phase, you materialized in a different photograph, this time as part of a team. Standing there, leaning forward, with a woman seated and another standing dude looking on from the background in a subordinate way, in front of a computer monitor, you are pointing, in mid-sentence. The positive power of project management training enabled you to see something on that screen—the sublime arc of a series of swim-lanes in parallel, the subtle illogic in a specification, a Gantt chart gone haywire—that no-one else in the room could see. That’s leadership, son. That’s vision.

And yeah, I guess everything worked out, because in the next shot we see you and your team relaxed, laughing, kicking it business casual, nobody much noticing how somewhere between the controlling/executing and closure phases, during client walkthroughs and validation testing your voice dropped two octaves and your eyes went black.