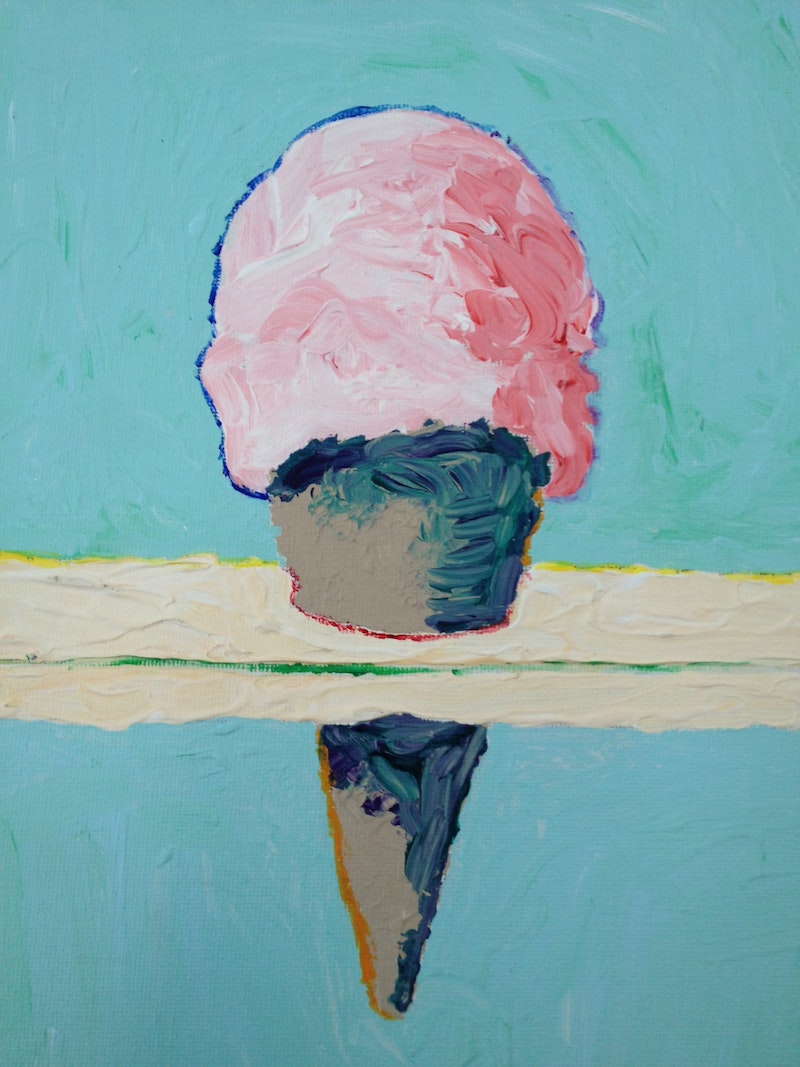 The other day, while waiting on an unconscionably long line at a combo Dunkin Donuts/Baskin Robbins outlet at a pathetic strip mall in Baltimore City, I noticed an older man—definitely AARP territory, as it takes one to know one—slouched in a chair, with a huge grin on his face as his double-dip ice cream cone dripped on his overalls. It was 11 in the morning, kind of early for a sweet and fatty edible, but I pass no judgment, especially since the fellow was, if sufficiently ambulatory, about to Blame It On the Bossa Nova, that’s how happy he appeared.

Finally, I completed the transaction for a large black coffee, and walking back to the office pondered the almost universal love of ice cream. I don’t care for the stuff, and can’t remember the last time a serving went down my gullet. For example, I’ve never sampled Ben & Jerry’s wares—partly because of the company’s cloying left-wing propaganda, as if they don’t rake in profits and most likely have a high-powered accountant charged with keeping the owners from paying punitive corporate taxes—and though it’s popular at home, the times I’ve eaten Haagen Daz number less than four.

It’s not that I’m an ice cream grinch; the stuff just doesn’t agree with me, especially today’s absurdly butterfat laden brands. Perhaps that’s why, on the rare occasions I dine at a French restaurant, my regrets are instantaneous. I’ll take a dish of lamb vindaloo—ordered so spicy that my glasses fog up—over a wedge of foie gras every time.

Now, when I was a kid, and Fudgo pops were a nickel down at Jim’s stationery store in Huntington, Long Island, I was, as they say, all-in. And when going to the local Howard Johnson’s with my family for the all-you-can-eat fried clams night, nothing was better, if finances allowed, than a peppermint stick ice cream cone. Additionally, as a teenager, my friends and I sometimes walked into a Friendly’s, eyes glazed, and rhapsodized in a slightly narcotic state, over the beauty of a banana split.

But that was a long time ago. Now, when I even look at a carton of ice cream, it takes all my willpower to keep from booting.