Sittin' On a Fence 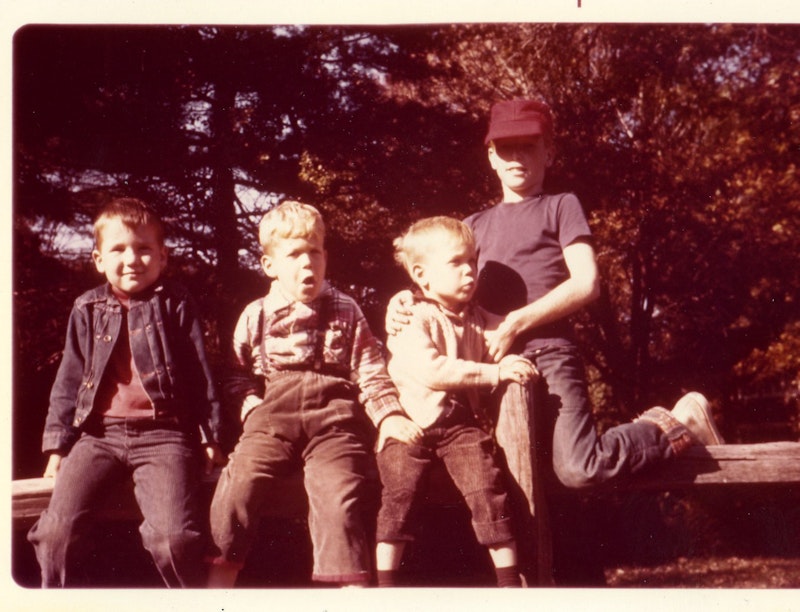 It’s October of 1960 and these four squirts, cousins, aged three to nine, could be thinking, or saying, anything at all. It’s lost to time. Maybe one is anticipating the Rolling Stones’ lyrics from 1967: “I’m just sittin’ on a fence/You can say I got no sense/Trying to make up my mind/Really is too horrifying/So I’m a sittin’ on a fence.” Too dark? Probably, since during this autumn on Long Island, Ike was still president, no one had heard of Vietnam, Napoleon XIV, Twiggy, LSD, and the idea of burning a draft card was preposterous. It’s still Leave it to Beaver Land, at least in suburban America, at least for a few more tranquil years.