This Decade Was Just Okay

The 2000s never gave us a generation-defining cultural movement, but we did gain the power to ignore the mainstream. 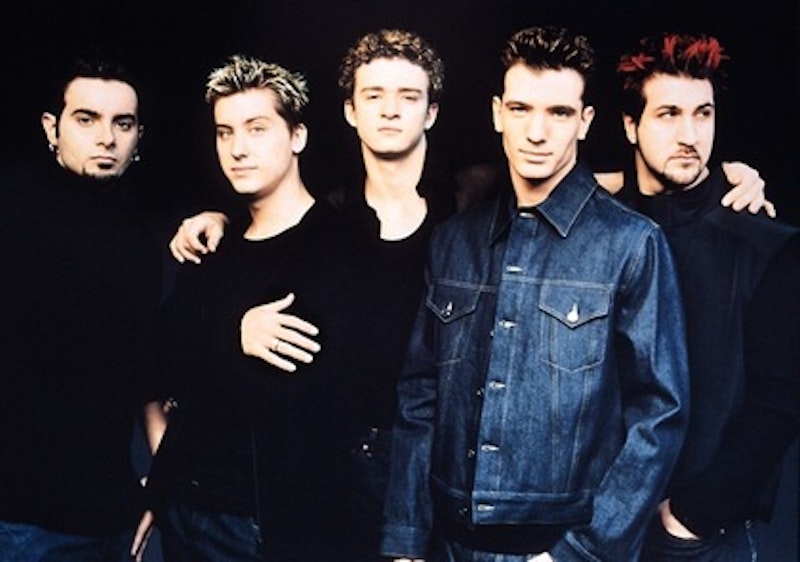 There’s nothing to be excited about in 2009.

Barack Obama will start his presidency, but it probably won’t get good until around the middle of 2010. With the exception of continued war and economic recession, we haven’t even really thought that much about 2009. Even the most optimistic predictions for quagmire-removal on both of these fronts place our pullout/revitalization sometime well past 2009. This year, 2008, has been all about, well, this year. Even last year was just a huge buildup to this year, what with the election and the surge and the quickening erosion of the American financial system.

The afterthought that is 2009 carries no real significance, aside from the simple fact that it marks the last year of the 2000s. After that we’ll finally be out of this dreadful decade—9/11, the seeming collapse of American superiority, William Hung—and into the 2010s, brimming with hope. Look, no one’s saying that the last decade hasn’t had its moments, but I’m getting really sick of saying “Oh-Nine” or having to refer to the past decade as the “two-thousands, I guess? Is that what you’d call it?”

The pacing of this decade has been strange. There was an abrupt end to the 1990s on 9/11; not since the Cold War woes of the 1950s and 60s have we had a decade defined so much by our enemies. It’s been a decade of wars on terror, the dawn of a new Chinese empire, the emergence of the Euro over the dollar, and a whole lot of other scary stuff that happened in places other than here.

There was a moment. It was fall 2002. In the few weeks leading up to the release of the film 8 Mile, it looked like we might have ourselves the icon we deserved. We kids of the Twin Towers were coming together like the rest of the nation, rallying behind a transformational figure. Not only was he one of the most talented musicians of the time, he was cool, he was distant, but he was also real, from a forgotten rustbelt Middle American city. Kids from the inner city to the trailer park could identify with his life story. He was catchy, kitschy, and witty. He was white in a country dominated by whites in a music scene that’s relatively absent of them. He was Eminem, and it looked like he would become our Elvis.

He had already made bestselling albums. He won a Grammy. There was talk that he might be up for Oscar consideration for his acting; he won one for his hit song instead. But it was short lived. His next album sold well, but in the two years between albums, the star faded. He was the biggest thing of 2002, but would never quite recapture that glory, instead passing on his legacy, diluted, to 50 Cent and some G-Unit scrubs.

That feeling was oddly special, a feeling of unification that I’m actually not sure I’ve ever felt in any other way. Everyone was focused on the same pop culture figure. My parents saw 8 Mile and yours probably did, too. Some moments have come close, but not in the same, positive way. Obama’s victory was certainly amazing, but the 46 percent of Americans who voted against him were too noticeable, too left out of the party. Likewise, moments like 9/11 or Shock and Awe are not moments of happy togetherness, but rather the shared feeling of being pushed against a wall together. Eminem was so close. He had us all in his pocket for one moment, and for whatever reason, we all slipped out.

MTV, so integral to his rise—putting his clever videos on heavy rotation, inviting him to TRL, making specials about his career when it was only two years old—is gone now. It has been replaced by diluted sequels of sequels of sequels reality television. TRL has gone the way of Yo! MTV Raps: in a few years MTV will probably make a special commemorating it, exaggerating its place in the history of music.

MTV’s empire looks like it’s coming to a close, as ratings dwindle and the presence of music on the station goes ever further downhill.

Hegemonic music culture doesn’t exist anymore. It hasn’t for a long time, probably, and we haven’t had a real music movement in ages. Singular artists rise up now and again, becoming just as popular as ever, but Kanye West didn’t usher in an era. The last real music era we had was the boy band craze of the mid-to-late-1990s. NSYNC and Backstreet Boys and 98 Degrees formed a mainstream teeny bopper culture that was identifiable and dominant. The only thing that’s come close was that brief moment in the early part of the decade where we had, like, a few Beyonce rip-offs. But I don’t know if that really counts as a movement. It wasn’t quite that wondrous Eminem-inspired togetherness, but at least you had one scene to focus on: you either hated NSYNC or you loved them—they made you choose.

Eminem’s uniting moment may have been a special feeling, but I would never sacrifice what we have now just to go back in time to some mythical moment when everyone loved The Beatles together and America was number one and everyone knew the Soviets were the enemy. If it weren’t for the terrifying Internet, I wouldn’t be able to listen to most of my music. Hell, I wouldn’t have even heard of my current second favorite band. Specialization and globalization have morphed, and we can now find our favorite music from every nook and cranny, the best rising to the top of ever-crowding and ever-growing niches. Look at Pin Me Down, a kickass duo that is a product of two musicians living in different countries, making music together over the Internet across the Atlantic Ocean.

So yeah, the 2000s were weird. But as the decade comes to an end, I realize that our unifying youth culture hasn’t been the Jonas Brothers or Miley Cyrus, but the fact that I don’t even really know who they are and I don’t have to put up with having that shit all around me anymore. I couldn’t even name one of their songs or hum a tune. So thank you, 2000s, for giving me true musical freedom. At least you got something right.