The debilitating culture of skinniness. 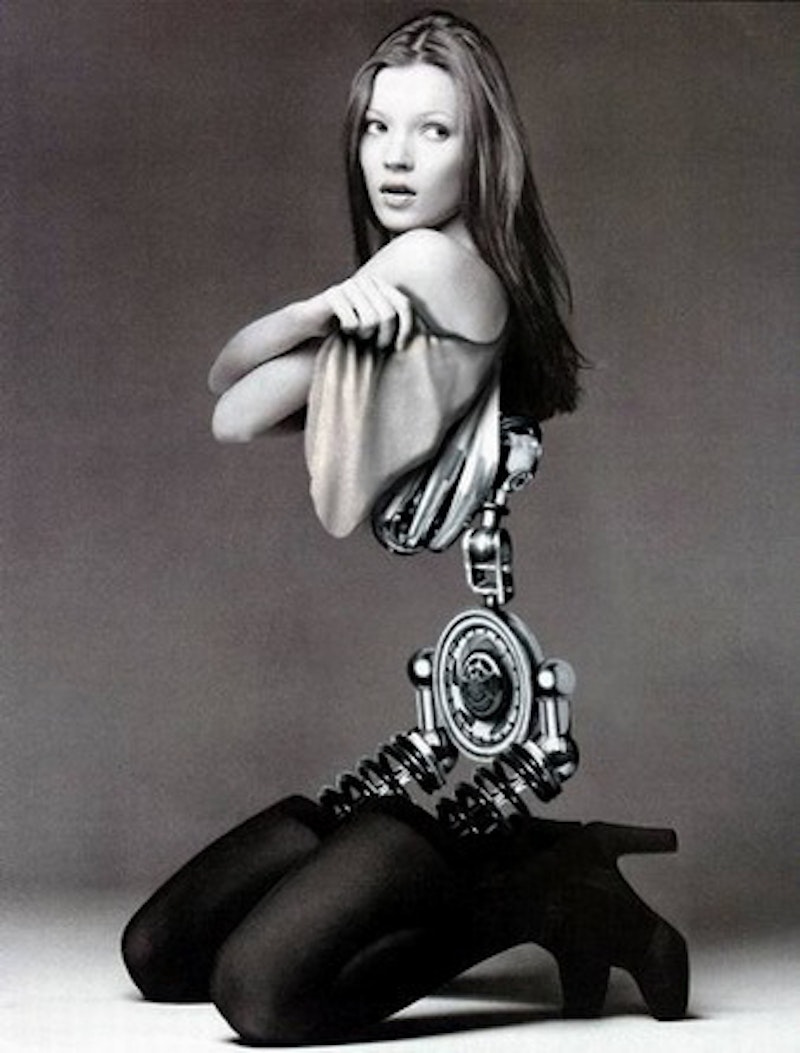 “Nothing tastes as good as being skinny feels.”

So said supermodel Kate Moss last week when asked by a reporter if she lives her life by a motto. Moss’ remarks have stirred controversy both here and in the UK, with critics claiming she is condoning eating disorders and therefore endangering the millions of girls and women to whom she is a role model.

Moss, who rose to fame in the early 1990s when she appeared in a Calvin Klein campaign, was chosen by the designer precisely for her slighter frame, which made her appear even skinnier than the tall and broad-shouldered supermodels, like Cindy Crawford, who were dominating the industry at the time. Since then, Moss has become a superstar, instantly recognizable for her extreme thinness and her gaunt, hollow cheeks.

Given that being skinny has been so lucrative for Moss—she currently has contracts with Calvin Klein, Rimmel and Top Shop, and had many more before a 2005 cocaine scandal caused several high-end brands to distance themselves from her—it’s no wonder that it makes her feel so good. Skinniness has made her rich and famous. And Moss’ thinness isn’t entirely the result of resisting food; though self-inflicted starvation and cocaine use apparently contribute to her skinniness, it’s clear that she, like many other women, is also naturally slender.

I’m not Moss skinny. I never have been, and as someone who’s not naturally slender I probably never will be. That reality didn’t stop me from trying to thwart genetics by starving myself, bingeing, purging and over-exercising in my attempts to achieve Moss-level skinniness. And let me tell you: Being skinny, or as was my case, the fruitless pursuit of skinniness, doesn’t feel good. It feels like hell. It feels like boredom and misery and hunger and endless failure. It feels like lightheadedness and lack of energy and a kind of hunger that has nothing to do with food. Pursuing skinniness in the way that Moss is advocating, by deliberately denying oneself the pleasure and necessary sustenance of a healthy diet, feels like living half a life, because with all the self-hatred and calorie-counting, there isn’t room for a full one.

Then again, Moss might not be referring to how being skinny makes her feel physically or emotionally. There can be no doubt in our culture: Being skinny comes with a lot of perks. In our culture, thinness represents discipline, health and beauty and, as Moss demonstrates, if you happen to be very skinny as well as very pretty, there’s a great deal of money to be made. Perhaps the social benefits of being skinny outweigh any emotional or psychological suffering that might come along with starving yourself for almost two decades.

While skinniness undoubtedly has its advantages in our culture, it also comes with serious pitfalls. Because our obsession with being thin creates a hierarchy wherein skinny women are considered superior—in attractiveness and in so many other ways—to average or overweight women, skinny women often find themselves targeted by other women for no other reason than for their size. In attempts to combat the cultural fixation on thinness, average-sized and overweight women often describe themselves as “real women,” suggesting naturally slender women are something less than real. Not surprisingly, skinny women find this rather insulting, and one could argue that by making skinny women the enemy, other women are playing into our culture’s habit of forcing women into rigid and limiting categories—in this case, women are either fat and ugly or skinny and beautiful.

Skinny women, even women as skinny as Moss, are not the problem. It’s because our culture is so obsessed with skinniness, and because it rewards it so highly, that Moss is a role model for young women. After all, if thinness represents discipline, health, beauty and wealth, it’s no wonder that so many women and girls aspire to be like Kate Moss: Who wouldn’t want to be as successful and famous as she is? For those of us who don’t think it’s appropriate for a female role model to be encouraging eating disorders, the solution is not to criticize how thin she or any other woman is. The solution is to demand more from our female role models—intelligence and wit and compassion and courage—instead of just thinness and beauty. The solution, at once simple and seemingly impossible, is to create a culture that idolizes and emulates real women. That’s going to taste a whole lot better than skinny feels.