There’s No Such Thing As Misogyny

At least not in our media, even after an awful shooting in Pittsburgh. 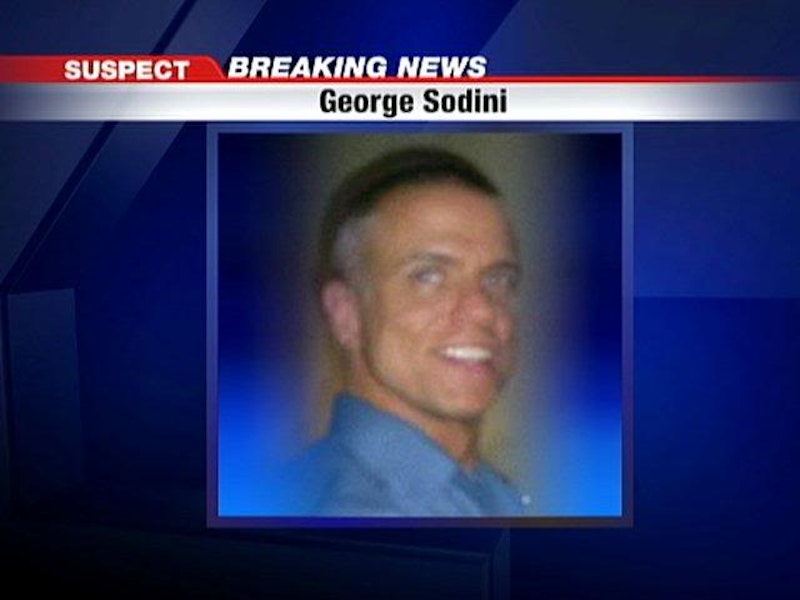 Remember George Carlin's list of the seven words you can't say on television? There was one word missing.

Carlin forgot to mention one word that is clearly, if tacitly, banned from the airwaves and most newspapers: misogyny. It's rare that you hear the term, or the idea of widespread, systemic social hatred of women, discussed in the mainstream media. Generally, the term is considered suitable for use only on feminist blogs or in introductory Women's Studies classes. Lately, however, we've witnessed an exception to that rule.

The recent shooting of three women in a Pittsburgh gym has brought misogyny back into our public conversation, thanks in large part to New York Times columnist Bob Herbert, who wrote in response to the shooting that, "We have become so accustomed to living in a society saturated with misogyny that the barbaric treatment of women and girls has come to be more or less expected." Herbert called misogyny a "serious and pervasive problem" and warned that, as we saw last week in Pennsylvania, when combined with the "mind-boggling" violence of American culture, that hatred can be explosive.

When you read the derogatory and violent messages that the shooter, George Sodini, wrote about women on his blog, there can be little doubt that he was a misogynist. And while he was also clearly mentally unbalanced, Sodini's decision to enter a women's exercise class and begin firing was not unconnected with his recorded attitudes toward women.

As is often the case when misogyny is accurately identified, the backlash against those who identified it was swift and furious. Those who saw Sodini's actions as motivated by a hatred of women that is reflected in our culture at large were accused of hating men, of believing that in their heart of hearts, all men are violent rapists or aspiring Sodinis. Of course, when Herbert and others called this shooting evidence of misogyny, this is not what they meant. What they meant was that Sodini's attitudes towards women, as well as his desire to punish them with violence, were condoned by a culture where violence against women-rape, spousal abuse, certain kinds of pornography and so on-is ubiquitous.

Those who accuse Herbert and his ilk of hating men argue that by calling the Pittsburgh shooting misogyny, feminists are smearing men. We are using the actions of one unhinged, individual misogynist to falsely claim that misogyny is a larger social problem. We do this, they argue, because we hate men. We are misandrists, bearing a hatred towards men that is as immoral as the misogyny we claim to fight.

Feminists do not hate men. But if we did, could you blame us? In the wake of a shooting like this, where women were explicitly targeted, and where a man deliberately aimed his gun at a pregnant woman, how could the reasonable response be anything less than seething hatred? Hatred for the individual man, but also for the culture in which he was steeped, a culture in which violence against women is depicted as glamorous and entertaining, would in fact be the most reasonable response imaginable.
But in spite of this, feminists do not hate men. Misandry, like misogyny, is immoral, unproductive and dangerous.

Feminism challenges a culture in which boys grow up learning that violence against women, whether it's in the form of catcalling, pornography, sexual harassment and assault, rape or murder, is acceptable, or even entertaining. Feminists set ourselves against a culture in which a man, feeling scorned by all womankind, can go on a violent rampage in which he kills three women and injures nine, an attack that most media outlets will treat as an isolated shooting, making no connection between the killer's attitudes towards women and the gender of his victims.

The truth is that, even in the face of a heartbreaking event like this one, an event that makes it painfully, frighteningly clear that misogyny is alive and well and living in the U.S., feminists do not hate men. In fact, we love them. As sociologist and male feminist Michael Kimmel wrote in his recent book, Guyland, "Feminism expects a man to be ethical, emotionally present, and accountable to his values in his actions with women-as well as with other men. Feminism loves men enough to expect them to act more honorably and actually believes them capable of doing so."

Feminists love men. More than that, we need them: without the help of male feminists like Bob Herbert and Michael Kimmel and the millions of ethical, egalitarian men like them, our chances of eradicating cultural misogyny in the United States are minimal.