A family home is opened up for renters, and the result is a mix of cultures that wouldn't normally happen. 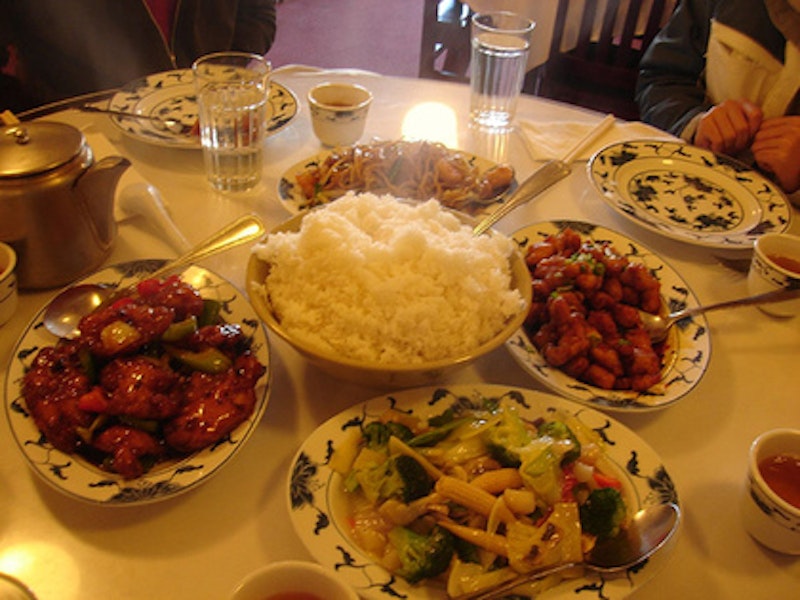 Photo by paper or plastic?

Last weekend I went home to absolute madness. Expecting a quiet afternoon in rural Maryland, I walked through the front door and proceeded to the back porch where a Chinese man and an Indian man dressed head to toe in fishing clothes and floppy hats, were laughing hysterically. My dog was squared off in an epic battle with a renegade crab that had escaped from a pot on the ledge, and in the background two young children squealed and screamed as they jumped in and out of the pool. I sat down next to my dad on the porch, and he turned to me and said, “Welcome home.” It used to be such a quiet place.

This summer, my father rented out three spare rooms to help pay the mortgage and escalating college tuition. By the end of the month, the house was full. There’s Song, the Chinese man with an NBA addiction and a taste for liquor in plastic bottles; Vanki, the soft-spoken Indian man who cooks some of the best food I’ve ever tasted; and Matt, the laid-back graphic designer from Pittsburgh, a guitar player with whom I’ve planned a long-awaited jam session.

My mother calls it the “frat house,” and I guess that’s fairly accurate. They’re a wild bunch, throwing occasional parties and blaring music from the bedrooms, but most evenings, their time is spent sitting on the back porch or in the living room, talking long into the night. These are the times when I really get to know them. I’m tutored in their specific heritages, and also, I learn a little bit about how American culture is viewed from a foreign eye.

Song and Vanki wear t-shirts of rock bands to which they’ve never listened, and football jerseys for teams they don’t follow. They listen to the songs from the Top 100 pop charts. They make trips to the Chesapeake Bay, Atlantic City, and even the baseball games that my father umpires. They go for fun, but also to experience traditional aspects of the American way of life. Fishing, gambling and baseball. That’s about as American as it gets.

Even when they describe their home countries, you can sense a faint American twist. Song has the uncanny ability to pinpoint any spot in China with its relative proportional location in the United States, which is the only reason I know that Beijing is in relatively the same area of China that Massachusetts is to the United States.

However, despite this Americanization of culture, Song and Vanki’s emulations are not a disguise or an attempt to “fit in” by any means. They are not Clark Kents, merely wearing an American mask. From sitting down and talking with them, I’ve seen both strong and subtle elements of their own home nation traditions.

First, there’s the food. There’s a wok in the kitchen, bags of rice everywhere, and strange things I can’t identify in the fridge. The two of them are amazing cooks, and the smorgasbord of Indian and Chinese cuisine is a nice change from my normal diet of Subway foot-longs and cheeseburgers, but it’s also an example of a part of their culture that they’ve hung on to. They shop at the international food stores in town, and they’ll eat steak and burgers if my dad cooks them, but for the most part, their taste is international. But in the end, that’s just food. Where I see their cultural ideals really poke through, especially with Song, is during those late-night discussions on the back porch.

It’s like an episode of The O’Reilly Factor. In one corner, Song and Vanki, two young, liberal, eco-friendly men, versus my dad, a die-hard conservative whose television-watching is pretty much limited to Fox News. The discussion will start with a casual reference, pick up speed, and quickly accelerate into a full-on debate that stretches past midnight.

One discussion particularly demonstrated the influence of Song’s Chinese heritage. It was subtle, but once I noticed it, it was hard to ignore. They were discussing the war and whether or not the loss of human lives could be justified for a conflict that they had both determined to be economically-based. What was strange about this was that the ideologies of Song and my father seemed to have switched during this talk. My conservative dad was delivering an anti-war argument and Song was doing the opposite.

Song said, though I don’t remember the exact phrasing, “If your country is at war, you should be proud, whether you agree with their reasons or not. You should be willing to die in battle for the honor of your country.” This blew me away. It demonstrated a total inverse of the post-Vietnam anti-war, government-mistrusting sentiment that has become a part of the American mindset since the 1960s. This belief encompasses ideals that are passed down through generation: ideals of honor, virtue, pride in one’s nation. Those are beliefs that once they’re ingrained into one’s mindset, will stick with a person no matter where he travels or ends up living.

The cultural gap put the debate in a stalemate, and it fizzled off and died without resolution as most arguments tend to do. I went inside for the night around 1:00 a.m. with no new opinions on Iraq, but I went to bed with a very clear image of what one’s home means for an individual. Where you go and what you do after childhood can change a lot about who you are, almost everything at times. But some elements never die, and those are worth hanging on to. Home for me is a melting pot, and despite what America has become in the years since its inception 232 years ago, at least that’s close to its origins.