“Thx!” as a rejoinder drives me to distraction. 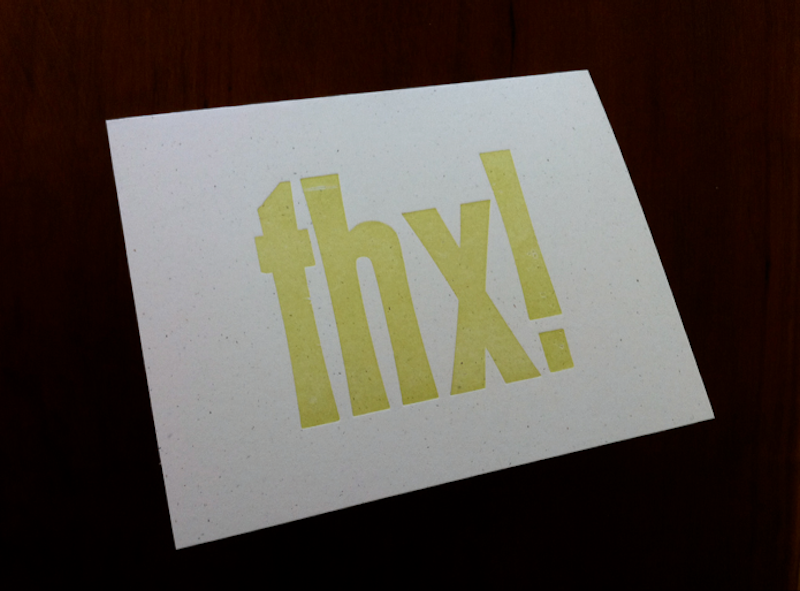 A year ago, I began working on a project with a woman I'll call June, who’s a Business Analyst. June is older than me, likely in her early 40s—a grown woman with a slight limp, a serious but friendly bearing, a thoughtful, soft-spoken person who pauses to formulate thoughts before delivering them. I wouldn't call her matronly, but I'd say she's trending that way, wears a wedding band; her husband drives her to work and picks her up. The project involved the creation of document templates, which we were modifying to suit our workplace. There were a lot of these documents, and we updated them in waves. My role was to make the changes, and June was one of the peer-reviewing team; meetings were incessant, and it was often necessary to communicate via email and IM to finalize the never-ending waves of artifacts. What baffled me, though, was that when June would pose a question or ask for a piece of information and I provided an answer, she would not respond with "thanks," or "thank you"; she would say "Thx!" And a little piece of me would shrivel up and die inside.

I have real problems with "Thx!" as a rejoinder, not just because it drains the formality and sincerity from a reassuring word or because it's addled texter shorthand, but because it's symptomatic of how many people talk these days. If you're not sure whether you know of what I speak, reflect on your recent experiences with customer service phone lines, at banks, at fast food establishments, a secretary or receptionist's desk—any place you encounter chirpy young women who have to conduct transactions or conversations with dozens of strangers they'll never really get to know every day. It's a coping or defense mechanism, I suspect, this condensing of "Thx!" to a meaningless verbal tic that's is on occasion preceded by a droning, mechanical "mmmm" or "hmmm"—an accent that adds insult to injury as, intentionally or unintentionally, it succeeds in nullifying the illusionary veneer of cheery professionalism that the speaker is straining so hard to fake. I'm just scratching the surface, though—there are entire damning constellations of condescending baby talk trotted out to enquire whether diners have room for dessert or whether credit union patrons would like to make another transaction. This is the stuff that Hell is made of, and this is why, try as I did, I could never quite take June seriously.