No, I Wouldn’t Kill to Have Her Body

The number on the scale can go fuck itself. 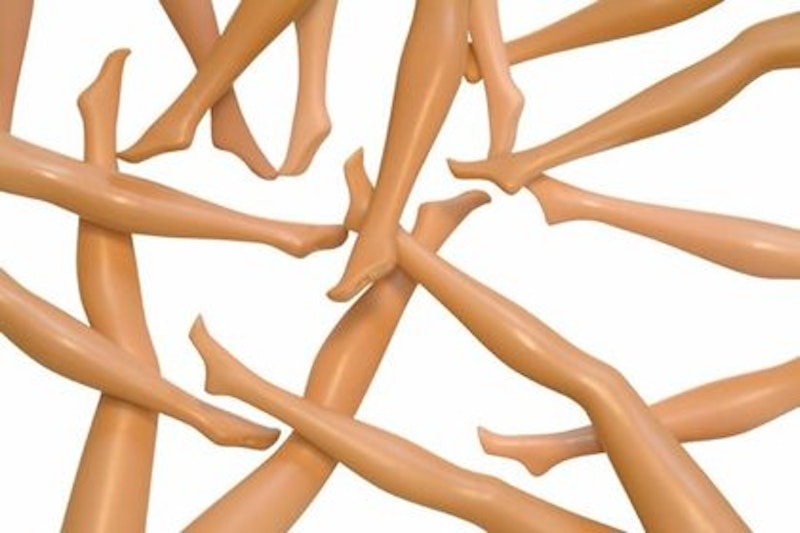 A few weeks ago at the gym, someone discreetly pointed to another woman and said, “Wouldn’t you kill to have her body?” At the time, I sort of shrugged it off—I joked about not being able to afford a new wardrobe. But the comment stuck in my craw. Later, I made responses in my mind:

“No, actually, I don’t want the body of a malnourished teenage boy.”

“No, because screw working out at the gym seven days a week.”

“What the hell is wrong with my body?”

As women, we unfortunately receive messages at a young age from media and society that we’re expected to be thin. It’s even worse today than “back in my day” of the 1980s when women had healthier frames. I’ve never had a thin body type—mostly due to big boobs (and a bad draw at the gene pool lottery). And I’ve never obsessed over my weight. I gained the typical freshman 15 in college, lost it for my wedding day, gained it back during my honeymoon. More than a year ago, I lost fifty pounds leftover from having four kids. I have kept 40 or so of it off. I don’t know the exact numbers, because I get on a scale just once a year at my annual physical. The other 364 days of the year? I don’t know what I weigh.

I know what jean size I am. I know I’m happier at my current size of jeans (10) than I was when I was a size 16. No knock on women who rock the 16—I did for a long time. I just feel better in the 10. Could I be a size eight or a size six? Yes, and it’d mean terrible things. It would mean I can’t eat bacon or chocolate or bread or cheese so my life would be miserable and I would hate everyone even more. It would mean instead of just taking Hip-Hop Cardio class three times a week, I’d have to go to the gym and work out with other people around me and do lots of push-ups and sit-ups and fuck that because I never liked any of that in gym class at school, either.

So yes, I’m comfortable and happy with the dance class and the size 10 and the individual chocolate-covered cherry stash I keep for necessary moments. Yesterday I ate crispy prosciutto (a “PLT”) and it was amazing and no, I’d rather not have a salad (unless it’s a Cobb salad). I won’t be intimidated by the scores of photos on Facebook that show women my age running marathons. I’m happy for them, but I hate running and don’t see a great need for a woman of my age, 44, to have her body in a single digit dress size that makes her brain and soul miserable. I accept myself the way I am.

I have two teenage girls who were treated for eating disorders at the age of 12 because their peers made them believe they needed to eat 100 calories a day. Luckily, early intervention and intense treatment helped both of them and they’re healthy now, but I can tell you that is a hellish, nightmarish experience. You don’t want to see the inside of a residential eating disorder clinic. Trust me. It smells like death because people are dying there.

So I’ll never have my girls watch me “diet.” Hate the word, hate the concept. They did see me make choices so I could be a healthier person, but they didn’t see me count calories. We’ve never kept a scale in our house, and yes, I worry about my third daughter. I don’t want her, or any of my girls, or me, or any woman to ever answer “yes” when someone asks if they wouldn’t kill to have another woman’s body.