The Rebirth of the Comics World

And the Hollywood trade-off. 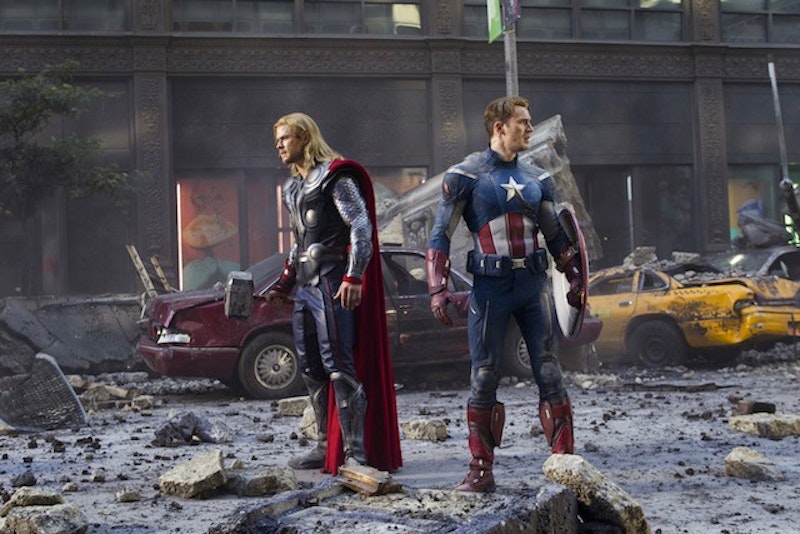 My kid brother, 10 years younger than me, is an English Lit major in his last semester at the local state college. For one of his final 400 level classes, he gets to write about comic books. I’m intrigued. The subject Christopher has chosen to tackle for his final paper is the relationship between comic books and movies: how movies have changed comics. I'm a good candidate to evaluate that change because I have both a deep familiarity with comics and some necessary distance. I was a comic book geek as a teen, buying, reading and selling several thousand comic books over a five- or six-year period in the 1990s.

I loved comics but knew if I kept collecting and dealing them, they would become my life. So I took St. Paul's advice and put away childish things. Then I wasted the better part of a decade in Washington DC. These days, I'm back in Washington State editing Real Clear Books. Part of my portfolio is keeping tabs on what's happening in the world of books. That definitely includes graphic novels. So I started tentatively and then enthusiastically buying comics again.

I don't purchase individual comics because it's unnecessary. The comics market is much more geared toward collections than it used to be, a development that pulled comics out of the shrinking world of specialty shops and into the comparatively more stable world of bookstores. Nearly all of the series of major comics publishers are collected as smaller trade volumes and then, if the demand is robust enough, into larger "omnibus" editions. There is some lag time if you go the graphic-novels-only route, but it's pretty tolerable, often a few months from publication of the issues.

Another big, obvious development is the proliferation of comic-themed blockbuster movies. This summer, Marvel's The Avengers became the third highest grossing movie of all time. It will likely beat out the second best, Titanic, once the studio finds some pretext to re-release it in a few years. Indeed, Marvel, the dominant company in comics for some time, went from a comic company that dabbles in movies to a movie studio that dabbles in comics. To top it off, Disney bought Marvel in 2009 for over $4 billion.

Marvel is far from the whole motion picture. Rival DC, owned by Warner Bros., has the very successful Batman movie franchise and it looks set to put its troubled Superman franchise back together (and somebody really ought to be fired over the decision not to let Joss Whedon, director of The Avengers, start up a Wonder Woman franchise). Dark Horse Comics has its own movie arm that produced the Hellboy and Aliens vs. Predator movies and a few dozen other flicks as well. Image Comics has an ongoing cable hit with AMC's The Walking Dead. Independent comics creators such as Mark Millar have produced bankable movie properties including Wanted and Kick-Ass.

With the entire comics industry now closely connected to a much larger, global industry, you would expect for the larger industry to seriously influence the smaller one. American movies these days give the green light to a lot of gratuitous violence but are somewhat skittish about sex. You can see this in the production of comic book-based movies. The Watchmen, for instance, was more violent than the source material with a lot of splatter, but it had less sex than Alan Moore's original. And that sex was an outlier in comics movies. Any romance in the would-be blockbusters these days is practically chaste. This has knock-on effects on comics themselves, which writers and artists have started seeing as a dry runs for the big screen. The voluntary comics code has been scrapped and the new lack of restriction mostly results in a lot more disembowelments and other splattery forms of violence, often splashed across a whole page or even a two-page spreads. Some critics would chalk this up to shock value but given the overwhelmingly young male audience, the violence is hardy shocking. Rather, it's almost as if writers and artists are saying, “Hey, Mr. Producer, get a load of this!"