The Land of Milk and Bad Haircuts

If you haven't already read this article about Williamsburg, you're too late. 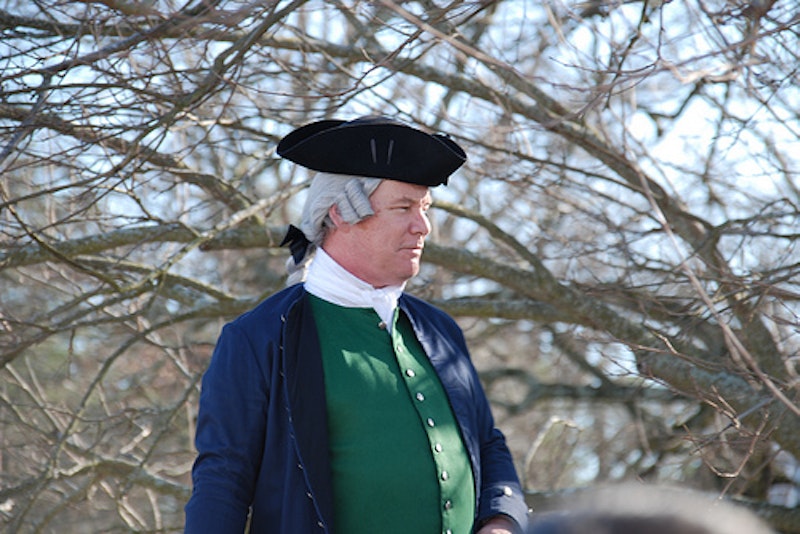 I live on the hottest block of the trendiest neighborhood on Earth, Williamsburg, Brooklyn, a stone’s throw away from McCarren Park, and just a jump from the moment. Williamsburg is so now that when a trend strikes, it’s soo new and soo hip that you don’t even know what it is yet. One time my best friend Casey and I were in this coffee shop—because where else would we be?—and this weird music was playing in the background.

“It’s so avant garde you don’t even know it’s music yet!”

By now, Williamsburg has a nearly mythical reputation in popular culture, especially on the Internet and in popular music. So many artists have studios here, bands practice here, DJs are here, models live here and even Christian Siriano lives here. Judging by the number of tourists who roll down Bedford Ave. with their giant fold-out maps, people know to come here to see some unusual, off the wall shit.

But it wasn’t always this fabulous. Like most neighborhoods in New York, Williamsburg has had an architectural and economic facelift, giving it the not-so-affectionate nickname “Condoburg.” Williamsburg was the seat of crime and poverty, a hellish working class neighborhood that taxis wouldn’t cross into. But with the rezoning plan of 2005, the Williamsburg and Greenpoint waterfronts were rezoned for residential use, allowing all those abandoned warehouses to become fabulous lofts. After all, by all accounts the L train is the best subway in New York, and the epicenter of Billburg is only one stop away from Manhattan. As a subway ad for a condo put it, “Manhattan Is So Five Minutes Ago.” Five years later, and thanks to the Worst Financial Crisis Since the Great Depression, many of those developments are only half finished.

In New York magazine’s yearly profile of the best place to live in the city, Williamsburg roared in at number 20. Whomp, whomp. Hey, New York, why the low score? Part of it has to do with the fact that most New Yorkers have a love-hate relationship with Williamsburg and the hipsters who live here. They love to loathe it because it’s annoyingly fresh and now and hip and trendy and today, artifice for the sake of artifice, full of rich and 25-year-old hipsters who have nothing better to do than waste their parents trust and, um, drink out of coconuts.

Judging by that blog Look at this fucking hipster and that piece from Time Out New York from a couple years back called “The Hipster Must Die,” we know that a lot of folks have serious hipsterphobia. I haven’t seen anybody get totally hipster-bashed with like eggs or, maybe, had a bottle of Kiehl’s shampoo squirted on them, but trust that the hate is deep. I was reading reviews of a new coffee shop I wanted to try out and one of the comments was: “I hate all those hipsters with their asymmetrical haircuts and Macbooks, who have nothing better to do than sit there all day working on their blogs.”

I don’t really get the hatred —I love Williamsburg! I don’t think I could live anywhere else, for now anyway. All the other nabes in New York feel stale and boring compared to Billburg, except for the East/West Village. They’re like urban shopping malls without roofs: Duane Reade, West Elm, Starbucks, Chase, Gristedes. Duane Reade, West Elm, Starbucks, Chase, Gristedes. Last Sunday my boyfriend and I ventured to the Upper West Side to see Cirque du Soleil and I felt like I was in a foreign country.

There’s an energy about Williamsburg that you don’t really find a lot in New York anymore: that kind of DIY, creativity for the sake of creativity spirit. I once saw a dude (27ish?) roll down Bedford on a vintage bike, with a vintage radio duct taped to the front basket, blasting vintage tunes from the 1920s. Um, okay!

The L train is another example of that DIY spirit: you just know you gon’ see some shit in the L train, especially on a Saturday night.  Once, a “performance artist” wore a trench coat and then, just as you were jamming to your iPhone, the bitch busted out of it, ass nekkid, and did a pole dance. Right there. Do you have any performance-artist-pole-dancers in your neighborhood?

To me, living in Williamsburg is kind of like living in an artistic commune. Every day is an event. Nobody is older than 35, and if you are, you’re trying to retain that fountain of youth. There are no babies—if you want that, go to Park Slope where you will get plowed down by stroller after stroller. Everybody in BBurg is fashionable: you will see people in “mom jeans,” weird glasses, weird shoes. If Lady Gaga still lived in New York, she’d probably live in Williamsburg.

The ‘burg is a fantasy playland for people who aren’t ready to grow up yet. The fantasy is broken, though, if you venture a bit to South Williamsburg, where the hipsters and DJs and models and artists and bloggers fade out, and instead you are surrounded on all sides by the Satmar Hasidism, an ultra Orthodox sect of Jews, the descendants of Holocaust survivors. I would be scared out of my ass to walk around that neighborhood by myself, and it’s scary because everything is in Hebrew, literally everything, and they all wear those little outfits with the curls and the hats, and I’m afraid they would throw stones at me for coming in on their turf. But that’s what makes it New York: on one block it’s a hipster electro dance party, and on the next it’s all Hasidic Jews.

But sometimes, even the ultra Orthodox want to have a little fun, which probably explains why I got picked up by one in the Bedford L station.