The Eiffel Tower Isn't the Best Thing in Paris 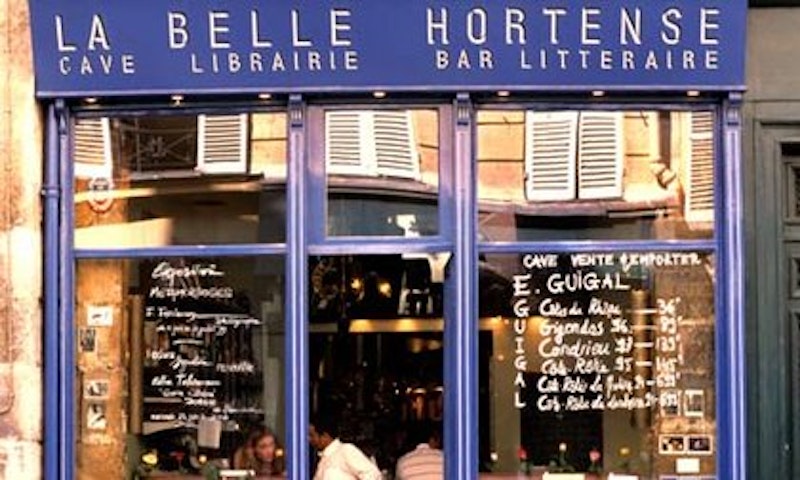 I’ve been in Paris since the beginning of June and haven’t even been to the fucking Eiffel Tower. Not because I don’t want to, but it’s just not on the top of my list of “musts” right now. There are so many amazing things about Paris that aren’t even the tourist monuments, which are practically the entire city.  Every time you walk down the street you’re passing through some fancy historical shit. I have to say, though, the Eiffel Tower is pretty magical, especially because at night it twinkles every hour, casting a mist of magical glitz over the city. Paris is awesome, but not for the reasons you’d think. It’s not as “alive” as London or Berlin, but it has a charm all of its own. Here are 10 of the best things about Paris.

La Belle Hortense is a bar in the Marais, the gay/Jewish (yes, both!) area of the city, loved for its small, winding streets, boutiques, bars, and restaurants. This bar is great because it’s a restaurant, a bar, and a bookstore all in one. You can order a fabulous glass of wine and buy a book or bring your own, talk with locals and the bartenders themselves.

I love white wine, but in the States I typically drink Chardonnay or something like that. But the wine here is serious. I was at a bar and a friend told me I should get a glass of Monbazillac because it’s a special wine to the Monbazillac region of France. Sure, why not? Volontiers! Those first few sips I took were so full of magic I remembered the taste for days. It’s a sweet wine, so maybe that’s why I like it, but I have really never tasted anything like this. Also—hello customs officer!—I’ll be bringing several bottles of back to the United States.

I’m a tech nerd so I love really advanced technology. Just bear with me. The main subway line here is completely automated, so you can sit in the very front car and watch as the subway totally drives itself. I tried explaining this to a friend once and he was convinced that there was someone up there but that they didn’t have to do much. But no! There is nobody in the very front or very back of the train car. The first automated subway line in Paris was the 14, and when I lived here before I remember that was so cool. But the Line 14 is much shorter than the Line 1, which crosses the entre city of Paris.

There is a lot of graffiti in Paris. Well, maybe not so much in the largely touristic/rich people neighborhoods, but by the areas where people actually live there is a lot of graffiti. It’s scrawled on the walls, it’s drawn on cube trucks, it’s on the backs of buildings. Graffiti probably isn’t exactly the first thing that comes to mind when you think about Paris.

Wanderlust is an open-air club on the Quai d’Austerlitz that programs a variety of exhibitions, film screenings and other cultural events. It’s open every day, and there’s a different kind of music playing each time you go.

There are so many Americans in Paris. Sometimes it seems like every other person is American. That’s why a place like Breakfast In America, an American style diner in the middle of Paris, makes total sense. I know, I know. You want to come here to eat French food and you’re not really interested in an American style diner. Fine, be that way. But Breakfast in America is a fun little place to check out and they serve all of your American breakfast staples—pancakes, bacon, eggs. You don’t have to go there every day, but pop in for some pancakes, which they sell all day.

Every time I get in the subway I get whiplash from some new super stylish person or some great outfit or some amazingly delicious person. Once you’re here for a while, you start to see the differences between what French guys look like vs. what American guys look like, for instance. If I were you, I would pay close attention to the French police force. You know—the dudes carrying guns. They. Are. All. So. Hot. I don’t understand. Seriously, they all look like models. It’s crazy.

There’s a massive exhibition of Paris Haute Couture at the Mairie de Paris, and it is one of the best fashion exhibitions I’ve ever seen. It’s free, and when you go in you’re led through some black and white photographs of old couture ateliers and amazing couture gowns are laid out in front you. As you make your way through the exhibition, you see gowns from all the major French couture houses, from all the various decades, some of them placed side-by-side to create a historical conversation.

You don’t have to go far to find a majestic view. Look out of any window, take in any street, or go to any of the squares, like Bastille or Republique, and you’ll be in awe of the grandeur. Empty space is powerful. And creating that allure of grandeur, after all, what the whole point of Paris in the first place. My favorite vista is coming out of the subway at Concorde, right in front of the Hotel Crillon, and you look and you see the Place de la Concorde, a little bit of the Louvre, it’s a wide-angle shot meant to be remembered.

The truth is, it’s hard to write lists like these because there is always something to see and everyone has their own taste in things they like to do when they pop over to the other side of the Atlantic. Still, Paris is an awesome city. How could anyone dislike a place with a language so beautiful, where it’s daylight until 11 p.m., and where you can be at the Place de la Concorde one day and in some dive bar the next?