The Cruel Temptation Of The Big Mac

This University of Arizona student found that, even while studying abroad in Italy, he could not resist the urge to visit America's favorite red, white, and yellow striped clown. And in the globalized modern world, it wasn't too long before he found the golden arches abroad. 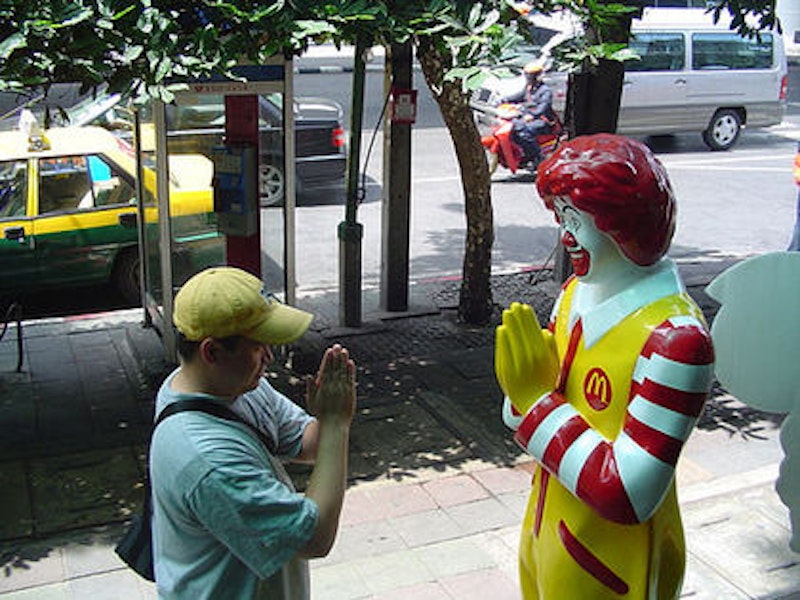 I swore I would never eat American fast food during my stay in Italy, but two weeks into my European summer abroad, I caved and buckled to the greasy, salty sight of Ronald McDonald at a Venice train station.

"I could really go for a Big Mac," I said jokingly on the train, to my American friends, speaking of it as if it were a pot of gold at the end of some rainbow I would never find.

We had been in Italy for just a week, but I was already sick of Italian food. It was pizza, pasta, pizza, pasta and more pizza, day in and day out, in Orvieto, the small Italian city where we are studying.

But as the train screeched to a stop, there he was, arm raised welcoming me with a big red grin.

It was like running into an old friend on the other side of the world.

I walked over to the counter with a pace as if I hadn't eaten in days.

"Big Mac!" I practically shouted at the poor woman working there.