The most underrated holiday needs some respect. 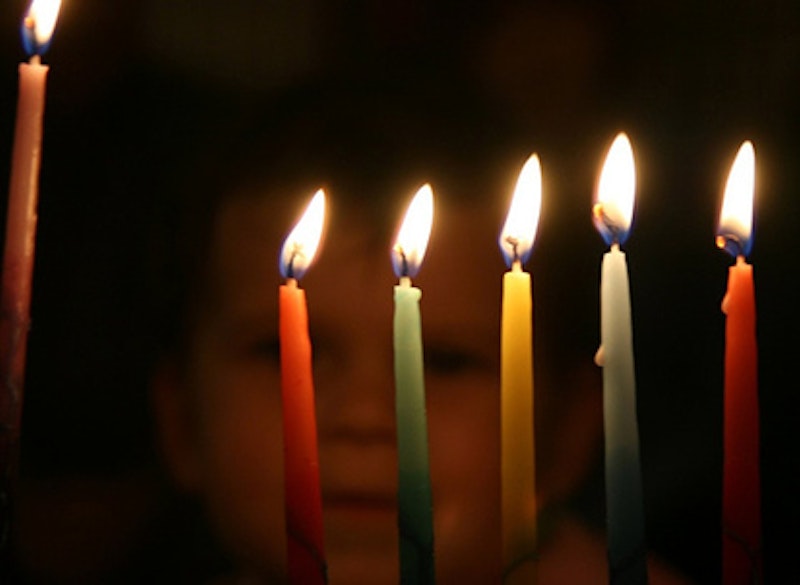 Stephen Colbert’s Christmas special, A Colbert Christmas, may be one of the finest television achievements of the year. Year after year, the same holiday specials dominate the airwaves and, frankly, there hasn’t been much to replace them. As they so often do, nostalgia and tradition bind to quality and lasting timeliness resulting in an insurmountable hegemonic piece of media. It’s hard to dislodge classics like the Peanuts holiday specials or overcome the rhythmic repetition of TNT’s 24-hour A Christmas Story marathon.

Yet, Colbert’s special, steeped in pseudo-irony and kitsch, actually manages to become the very thing that it is subtly mocking. Our culture promotes the parody of classics and, increasingly, this has become one of the most efficient and dominant methods of recreation. Some things are too secularly holy to honestly reproduce, and the Christmas specials of yore, with Frank Sinatra at the helm, fit into that mold. It represents an era that cannot be recreated. Somehow, though, Colbert deftly plays stereotypes and conventions against each other—Willie Nelson does, after all, sing a song about getting high with Baby Jesus—yet has managed to gather a coterie of great, diverse, relevant musicians, produced surprisingly enjoyable and memorable Christmas tunes, and generally captured that vibe that we all love about the holiday season—snow tumbling outside your log cabin while you get a fire going.

In fact, the last time I felt so good about a new holiday special was the Rugrats Chanukah special that I watched as a child. Aside from the retrospectively brilliant stickiness—years later I still remember the Macababies, a play off the Macabees—the Rugrats special did something really pleasant: It made a memorable Chanukah special. When you’re a little Jewish kid, this strikes you as kind of a big deal, and that special probably did more for American awareness of my faith than days off school for Rosh Hashanah ever could.

Comparisons to Christmas are inevitable, as it is an analogous American gift-giving holiday, a well-known alternative to the secular and dominant Christmas. Because as much as Christmas is a Christian holiday, it’s really much more of an American holiday, no matter what Christopher Hitchens wants to think. Christian history be damned, there’s nothing obtrusively shocking about seeing a Christmas tree in Rockefeller center.

Christmas’s influence on American Chanukah is no doubt enormous. In the rest of the world, Chanukah is not the gift-giving Christmas equivalent, but a relatively minor holiday which is known mostly for its fried food and the exchange of quarters. Yes, instead of eight Christmas-level gifts, poor Jewish children around the world are commonly given a handful of quarters for Chanukah. Oddly, Chanukah’s greatest importance probably lies in its ability to remind Americans that we still exist here. It’s like, what we’re known for in this country. Jews: they have that other Christmas. The one with the lights. And some of them don’t eat bacon.

Chanukah doesn’t even stack up that well against other Jewish holidays. It’s at best the fifth most important holiday, but I’m not even sure it’s that high. The only reason Hitchens would ever write an article condemning it is because it's so visible through its association with Christmas. He hasn’t similarly come out against more prominent Jewish holidays—such as that triumph of tribal backwardness (we celebrate being lost for 40 years?) Passover.

But, you know, I’m going to stick up for Chanukah. It makes being a Jewish kid a lot easier because you can understand that you’re different without missing out on an experience that 98 percent of the country shares. It’s a cool holiday where you’re usually able to get together with your whole family because it often falls during winter breaks where you’re out of school or off work.

The cornerstone Jewish rituals that often confound outsiders—why are they wearing those little hat things?—serve a purpose that is very specific to Judaism. So much of the rites, daily activities, and religious law are built, above all things, to remind you that you’re Jewish. It seems so simple, but it’s a way to differentiate yourself; to embrace your role as a member of a specific community, one of which you are inseparably a member.

Oddly, in American Judaism, nothing does that more than a fifth- or sixth-most important holiday that celebrates the rise of a corrupt dynasty. But the spirit of the holiday is cool—i.e. fuck Christopher Hitchens. Chanukah isn’t about the triumph over modernity or even the Greeks, it’s about the triumph of sticking with a culture that can rise over hegemony. To me, that’s why it’s such a beautiful counterpart to Christmas, more so than a simple calendar similarity—after all, the holiday sometimes falls over a month a way away from Christmas. It’s about maintaining who you are, keeping your religion, even with assimilation—forced and unforced—placed upon your doorstep. I am an American first and always will be, but American Chanukah is the one time of year that I get to be Jewish and get to be different and it means something.

You know, I always say that Passover is my favorite Jewish holiday. It’s the equivalent to Thanksgiving and I love Thanksgiving. Plus, picking Chanukah, a quasi-relevant holiday that is most notable for its gifts always felt materialistic. Secretly, though, it has always been my favorite. My strongest memories of being Jewish were formed through and around the holiday. The food is definitely the best food of any holiday; Christmas has overcooked ham and fruitcake. Chanukah has deep fried potato pancakes and jelly doughnuts. And you know what I really want for Chanukah this year? A great new holiday special to call our own. That, though, would be a real Chanukah miracle.