Time for everyone to get over the novelty of mixed-race babies and relationships. 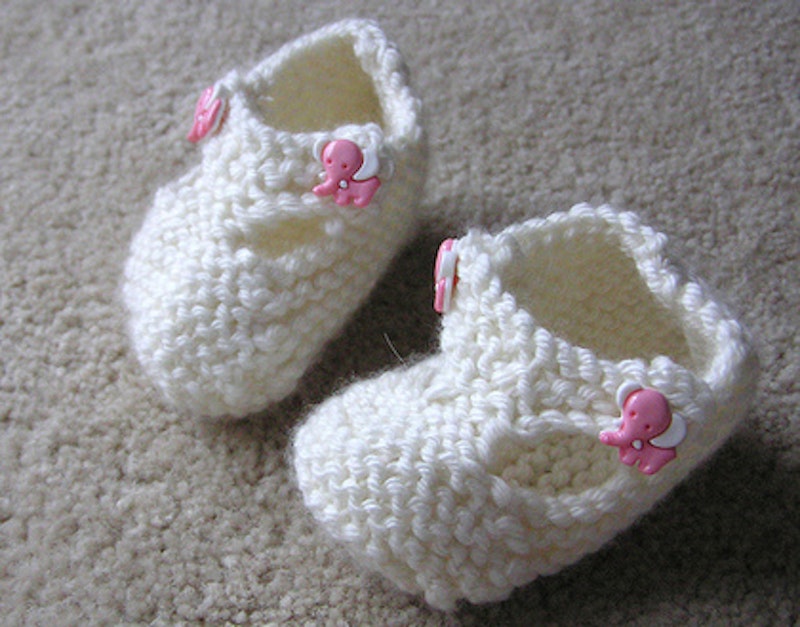 My kid sister is going to have a baby any day now. Imagine that: Madison Moore, The Uncle! I wonder what outfit I should wear to inaugurate my new role? Upon finding out I secretly said to myself, “I hope it’s a gay,” not to like put a pox on the baby or something, but because I think she’d be a good mother to a gay kid, being accustomed to The Gay via a gay brother and all.

When my grandmother first told me about the baby, she lowered her voice and said, as if telling a juicy secret, “Na you know it’s gon’ be half black an’ half white. The baby’s daddy is white.”

Then I go: “Well, at least the baby will have some good hair!”

I’ve never really understood the hoopla about mixed babies and mixed relationships. Why do people act so startled if somebody’s boyfriend or girlfriend is of  “the other” race? When my current white boyfriend showed a picture of me to his mother, her harmless response was “Oh! Why didn’t you tell me he was black?” I know she meant nothing of it, but the fact that my race needed to be mentioned speaks of a larger trend that sorta bothers me. I just think the idea that white people are supposed to date white people, and Asians are supposed to date other Asians and so on is totally manufactured and force fed to us.

For instance, there are few interracial couples on TeeVee but when they do pop up, their inter-racialness ends up having some type of impact on the relationship. Just last week I was watching some vapid reality-TV dating show about moms who pick out chicks for their sons. One of the mommies was like, “No black girls! No Asian girls!”  Whatevs. I guess if the Aryan thing gets you hot... But to me, mixed race couples are beautiful! Rosario Dawson and Jason Lewis? DELISH. Halle Berry and Gabriel Aubry? WOWZA. Me and Daniel Keating? WATCH OUT. Everybody should date someone of another race at least once.

But mixed race and interracial relationships aside, the real issue when you’re having a baby is picking a name. Like, I’m getting ultra tired of celebrities naming their babies stupid shit like Apple, Pilot Inspektor and Audio Science. “Hey Apple, do you know the answer to question number 4?” WTF? It’s ghetto, just like naming your child LaQuandra. Don’t set your child up for a lifetime of heartache. No matter how famous you are! As you've probably heard, there’s actually this really dumb assfuck in Australia who named his kids...wait for it...“Adolf Hitler” and “JoyceLynn Aryan Nation. ”

My new nephew will go by the far less racist name of “Micah.” But there is a twist, as always. My sister’s last name is Square and her boyfriend’s last name is Cox. Don’t you get it?
Micah Square-Cox. Realizing the comedy of the whole thing, that’s when she said to me, “I think I’m just going to use my boyfriend’s last name.” Good idea, bitch! And the moral of the story is: Don’t be namin’ your babies stupid shit.

I have to say, though, that the baby news is both exciting and bizarre at the same time. Partly because my sister is the same chick I grew up with, who entertained me when we were both on punishment, who would eat Kool-Aid and sugar with me out of Ziploc bags, and who would join me in protest if mom threatened to make us go to bed too early. And now she’s becoming a mommy. Stunning.

The new baby reminds me just how carefree my current life is. And I’m not sure if that’s good or bad. You know, the fact that I can travel from here to there with little responsibility or things to tie me down, or that I can spend hours a day writing or reading about art or just goofing off. Not too long ago I wanted to get a dog to keep me company, but I realized how much I’d have to give up in order to take care of it. I can’t imagine what it must be like to all of a sudden have to worry about another life. It’s exciting and terrifying at the same time.

The part I still can’t believe is that my sister is entering this new phase of her life that I don’t know if I’ll ever be able to have, especially not if The Religious Right, LLC keeps up their       No Babies for Fags Campaign. All the more reason for me to stay in Connecticut where the gays can marry and adopt!

I’ve always wanted to adopt a baby at some point, giving it the life that I wish I had growing up. Oh, and don’t worry. I’m not going to name it something stupid like Sasha Fierce, Diva or Runway Model or anything.