The 5 Different Beyoncés: An Introduction 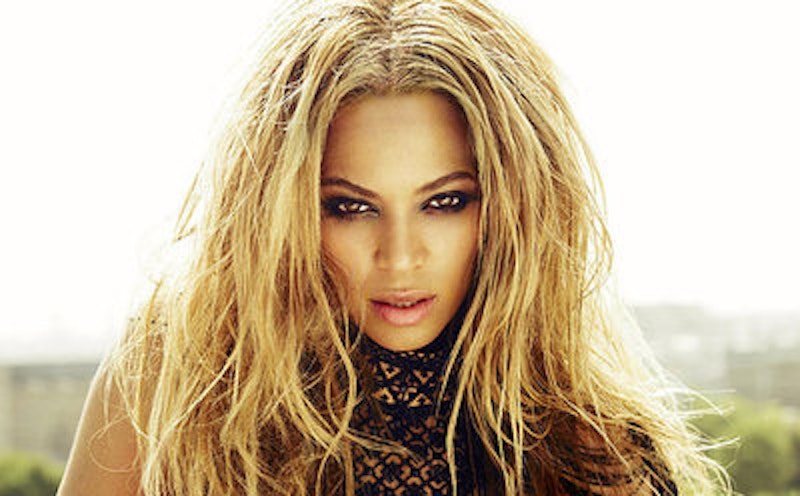 People credit Madonna as the inventor of musical reinvention. You know, organizing each record around a tight concept and changing it with every future release. Though she hasn’t been around as long, Beyoncé’s been a diva of split personalities, selling us several Beyoncé’s all at once. She tried to commercialize this to some effect with her 2008 record I Am Sasha Fierce, where she was on the one hand Beyoncé: The Songstress and Beyoncé: The Fierce-Ass Diva. But there are many more Beyoncé’s than that, a fact that has never been more clear than with her epic, fascinating, compelling and juicy most recent surprise effort, BEYONCE, which includes at least five different Beyoncé’s.

The only way to be globally successful as a pop artist is to have songs and an image that can be palatable for white folks. White people are boring and sometimes it’s difficult for them to handle too much oomph. So! Meet Beyoncé, still flawless but easy enough for white people, moms and suburban teens to digest and understand. This is the Beyoncé we see on a track like “XO,” which is her whitest song yet, and that’s fine because it will sell and be on an iPod commercial in the next six months or on the soundtrack to some family-friendly movie and girlfriend will make coin, which I fully support.

Don’t Come For Me, Hood-Ass Beyoncé!

But like don’t get it twisted though, because Beyoncé is hard enough to come for you and everything you got. DIS HER SHIT, BOW DOWN BITCHES. Even though she has her white moments, Beyoncé likes to remind us that she’s from the Dirty South and can quickly get ghetto/ratchet. This is the Beyoncé we get in the amazing video for “Yoncé,” where her vowels are longer and she’s singing about “guhs” not “girls.” She might have a fabulous Tribeca loft and millions of dollars and Grammy nominations and expensive weaves, but she still hood tho.

Now that we have the whites and the ratchet audience covered, we can’t forget about horny men of all races and particularly white guys who sometimes get into black girls! This is “Bootylicious” Beyoncé, who is full of unabashed sex appeal that’s more feminist than a piece of feminist theory by Luce Irigaray. Under-Boob Beyoncé lets you see her tits and ass flaps, and wants you to know that just because she’s a mother doesn’t mean she can’t be in touch with her sexuality. I know I was wondering what kind of record she could do after entering the world of motherhood—like can she be kinky being a mom and all. Well, after giving BEYONCE several hundred listens in the past few weeks the answer is definitely yes.

Pop stars have always been interested in fashion, but I don’t think that any pop singers really paid attention to their looks until Rihanna’s drastic makeover and Lady Gaga’s Theatricalization of Everything. We get a taste of Fashion Diva Beyoncé on 4, but on BEYONCE she really rears her head, without being too obvious, overbearing and in-your-face, like GUYS LOOK I’M WEARING FASHION. You can pick any video from her most recent studio effort and catch a glimpse of this Beyoncé—the cool throw back style and black light neon of “Blow,” the high fashion ambiance of “Mine,” the brilliant street style of “Yoncé” and the many looks in “Grown Woman.” In a way she kind of out-Gaga’ed Lady Gaga in the fashion department, and probably with a lot less money, too.

And finally, there’s a Beyoncé to remind us why we all love her so much, why she’s an icon and why even her mistakes are inspirational. This is the Beyoncé who gives you a full performance, who takes you where you need to be took emotionally to make sure you get the most bang for your buck whenever you see her perform.

That’s why Beyoncé is Beyonce. P.S. AND ALSO AMAZING. Would we love her if she were just a boring pop singer with only one trick up her sleeves?