The economic shakeup has made government employment suddenly more appealing to younger workers, but is this bad for our private sector? 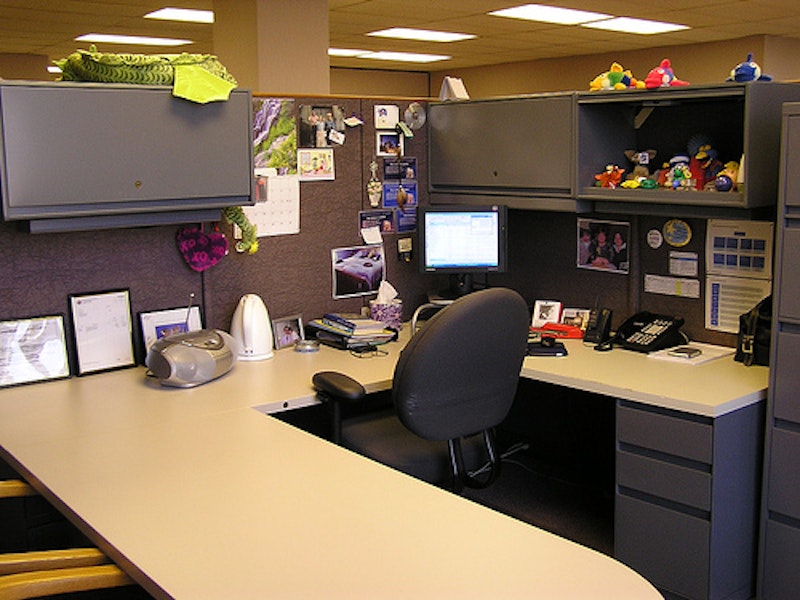 A few nights ago, I caught up with a friend in the diner of my adolescence. The diner is different now, having undergone renovations over the past few years. The dingy, dangerous joint in my memory now has faux-granite table dividers, shiny tile floors, and glitzy wood paneling. Going there used to feel like an adventure, but this time—as the past few visits have been—was, well, pleasant.

It was different before, as if staying out all night driving around and finishing up at a run-down diner was somehow rebellious. Driving home at four a.m. was part of an incessant chase for excitement. Yet it always felt like it was more than that, as if racing the sunset home was part of a greater spiritual journey, an excursion into an unknown netherworld of which we were kings. My buddies and I were deviants. A whirlwind of excitement, and a night spent among us could seemingly take you anywhere.

The world looks smaller now. That diner is only 10 miles from my house. The buzzing gossip of yesteryear was absent, replaced by the dreary topic of getting older, which seems to be the best thing to talk about when you're 23 because it's a refreshing reminder that everything else gets older, too.

The Great Recession has rocked my generation, especially those of us that graduated college in 2008 and 2009. The safety net of even a shitty first job was pulled out from under us without warning. My journalism internship applications were met with melancholy e-mails. "Sorry, we had to cancel our internship program; we would have liked to meet you."

Eventually, people found jobs or, if not, settled for underemployment at big box chains. Some took an extra year of school, hoping the job market would pick up while they piled up credits. Many found jobs they hated, stopgaps while they got together applications for a graduate program they hadn't initially prepared for. Stability has become the keyword. Without solid jobs, we've been stuck with hours that are cut without warning, almost-worse-than-nothing insurance, and the realization that a theoretical step-up to a job in our desired field may not improve our living conditions.

A couple months ago, a friend and I were talking about what direction he wanted to take his life. He wasn't sure. "I just want to work for the government," he told me. His reasons? Secure employment and great insurance benefits. Of my liberal arts friends, I would estimate about half are getting applications together for public policy school or at least saying it's their next move. Two years ago, many of them were talking about careers in disparate fields of the private sector. My friends aren't anomalies; in the past year, applications have gone up over one-third at public policy schools like Harvard's Kennedy School and University of Texas's LBJ School.

I hope this is a short-term influx. If so, the entire bump will produce is a particularly talented and adept mini-generation of bureaucrats, the cream rising to the top of a competitive era for service. I hope that once the job market recovers, those less invested in government work look elsewhere. I'm a firm believer in government service, but we can't all work for the government; we need the business world, too. Without a thriving private economy, those clever bureaucrats won't have the resources to push through their innovative ideas.

I am one of these clichés. Hypocritical as it makes me, I want to work in government services (foreign policy, specifically). Now, I've been leaning toward this path since I can remember, but my first instinct was not government work. The stigma of working in a constantly inefficient bureaucratic nightmare versus the dynamism of the private sector caused me to, at least for my first job, look elsewhere. I opted to look for a job I didn't necessarily like too much, newspaper journalism, because it was exciting and always changing. Silly as it sounds, working for the government once seemed stodgy and a waste of youthful energy.

That government stigma may not be gone, but in relative terms, it's a different environment. Now the government looks like the puppet master, with the business world's previous dynamism exposed as a bit of a farce. The bureaucratic mess and inefficient management in journalism, banking, the auto industry, publishing, any number of major professions, has come to light in government investigations, media coverage, and even reports from my friends at sinking firms. This change in business's image—now it seems just as hierarchical, just as illogically structured, and served with a side of greed—has only accelerated my pursuit of life in government and removed several possible years of private service I would have otherwise contributed.

A disruption in our entrepreneurial spirit is disheartening. We need that edge to stay relevant and powerful. So, I worry. But the scary truth is that the Great Recession actually helped me. I avoided being held captive by a profession that would have left me miserable. I was able to sort out exactly what I wanted to do and to do so in an environment where the transparency of government work has never been greater and more scrutinized.

This is my last column from the United States for the next six months or so. My first step toward reaching the goal is an internship in New Delhi, India, and I am moving there in less than a week. Although I am nowhere near reaching an ultimate destination, I have taken the first exhilarating step. I have the Great Recession to thank for that. I am one of the lucky ones. I just hope—for the sake of everyone else—that I am one of the last.