Tapers Off, Hammers On

Live music tapers with nothing to do, and the thunder of Elliott Smith’s solo acoustic guitar playing in the year 2000. 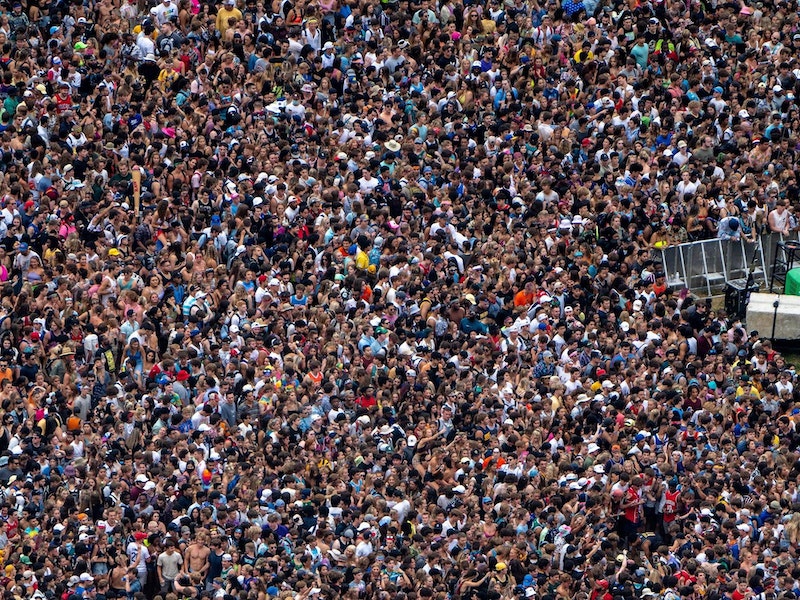 An overlooked demographic that’s been hit especially hard by the coronavirus pandemic is tapers. No one’s playing shows—we all know that. But how often have you thought about those brave soldiers with their Tascams and omnidirectional mics? Before this summer, no one was recording live music. Lollapalooza just happened in Chicago, much to the chagrin of Chicagoland residents anxious about an outbreak. Mayor Lori Lightfoot took the tourism money and ran, likely dressed in something even the Riddler would find gaudy. Fine, maybe she’ll get a hashtag or a nickname like “DeathSantis.” I haven’t watched the Woodstock 1999 documentary, but Fred Durst’s new rug (straight out of the video for blink-182’s “First Date”) made me watch a couple of songs from their Lollapalooza set.

“Hey hey hey, this isn’t Woodstock ’99… Fuck all that bullshit…” Cue “Break Stuff.” I’m down. I’m getting twisted. I watched half of “Nookie” and went on working. Limp Bizkit were never a great live band, but they had fantastic videos and often excellent appearances on MTV, whether on TRL, at Spring Break, or at the VMA’s. I love Limp Bizkit, but I know that if I lived through the first half of the 1990s and then had to put up with Limp Bizkit, I would’ve gone insane. But when you have both to choose from—a rich past and a fun, frivolous present—they were good. I wish there was a single popular rock band that had a song as invigorating and strange as “Nookie.”

Meanwhile, “PEAK COVID” has returned: “U.S. Covid cases, based on a seven-day moving average, reached 72,790 on Friday, according to data compiled by the Centers for Disease Control and Prevention. That’s higher than the peak in average daily cases seen last summer, when the country was reporting about 68,700 new cases per day, according to the CDC… ‘While we desperately want to be done with this pandemic, Covid-19 is clearly not done with us and so, our battle must last a little longer… Covid cases in the U.S. begin to spike once again, with the highly contagious delta variant fueling infections, particularly in regions of the nation with low vaccination rates.”

So there are those that tut-tut the sardines watching Limp Bizkit and Foo Fighters in Grant Park, and data like that, however massaged it is. There are still otherwise healthy people dying of the coronavirus. Then again, the “shocking pictures” of Lollapalooza that the media has been salivating over don’t look much different to me than the protests last summer. I’m glad movie theaters are open again, but otherwise I’m not doing anything different. I’ll wait for a president without dementia to tell everyone that the coronavirus is over. I don’t care anymore. I’m more wrapped up in finding the best recording of Elliott Smith playing “LA” by himself.

It’s a great song on Figure 8, but that’s the rock version. Very good recording, but it’s a world away from the real heaviness of Smith’s down-tuned acoustic guitar and his endlessly inventive inversions of otherwise common chords—like, in this case, E-major. When he played “LA” live by himself, Smith played every riff and fill that a lesser guitarist couldn’t have pulled off without a guitar pick. Listen to the way he moves from that pull-off/hammer on riff into the first chord of the verse. He makes an inversion of E-major sound like fucking thunder.

That’s from one show in New York, at Town Hall on February 22, 2000. There are only around a dozen recordings of Smith playing “LA” by himself; although he and his backing band performed the song at nearly every show on the Figure 8 tour, Smith didn’t debut the song until the end of 1999, and the last time he played it was in Japan on December 8, 2000, at what I consider his best recorded live performance. Smith’s records never reflected his abilities as a solo acoustic guitarist and singer: his first two albums are essentially that, but they sound terrible and his voice wasn’t yet butter as it would be in 1999 through late-2001. It’s always a question of different versions: why is it exclusively the purview of tapers and archivists to keep track of an artist’s body of work like this? I know most people don’t care, but these are, if not different works, distinct in themselves, and thus worthy of an archive. Every artist deserves their own Bootleg Series.

Which is a long way of saying that I’m living in the recordings of the past for now. Let me know when the next “Nookie” pops off.