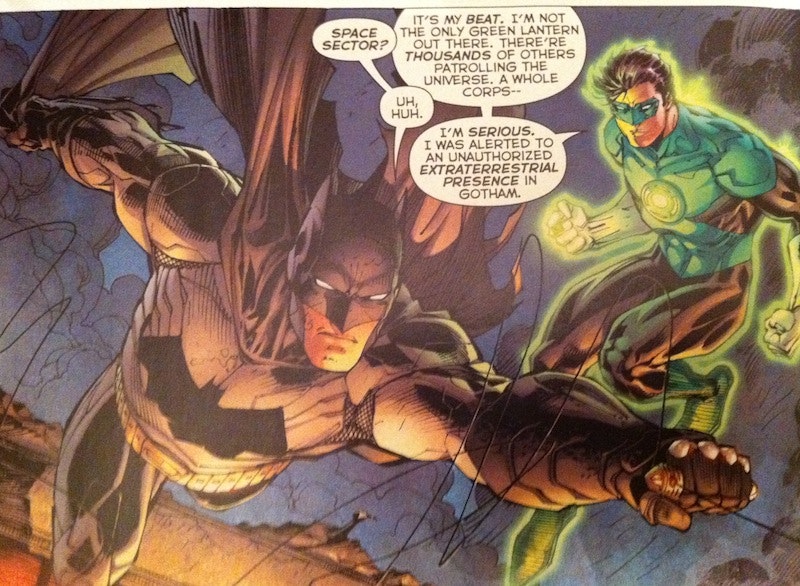 D.C. Comics is just realizing something that mylar-bag hoarding fanboys have known for time immemorial: continuity is a bitch, a crutch in telling stories about superheroes who can't profitably age along with anyone reading along at home. Bruce Wayne can't really ascend to his fifties; Peter Parker doesn't make sense beyond maybe the age of 35. Traditionally, the crutch of continuity has meant that every couple of years the D.C. powers-that-be cook up some sort of crossover event that allows for the jury-rigging of continuity: your Zero Hours, your Crises On Infinite Earths. All of this tinkering and nipping and tucking was obvious, disheartening, and lame; I haven't collected DC comics in years, but when I recall how the gritty, universe-in-disarray Legion of Super Heroes was skunked in the late 1990s, I still get irate.

So let's all take a moment to give D.C. their props. You see, after years of machinations and bet hedging, D.C. has finally stopped fronting; all of the publishers' titles have been reset. It's a fresh start for everyone. Teen Titans? Outsiders? Never happened. Joke League America? No idea. Amanda Waller corralling super villians to go on espionage missions as the Suicide Squad? Never heard of it. Lobo? Aren't they a band from Texas?

Last week, my mother bought Justice League #1 for my son; I perused it idly, largely unimpressed by the story, art, and general drift, bit somewhat intrigued on a few other levels. Penciller Jim Lee and inker Scott Williams—I'm flashing back to old Uncanny Xmen and WildC.A.T.S. adventures now—team up to kickstart a vision of a League in the modern age, a kind of august-heroes-as-muties persecution scenarios in a skittish world where costumed freaks double as terrorists or at the very least security risks. At one point, beastie detonates a device, suicide-bomber style, yelling "FOR DARKSEID!" Immediately after containing the blast, Green Lantern Hal Jordan—who has just met Batman—wonders whether "Dark Side" is a band. There's a friskiness to this sort of knowing gesture that sits uneasily alongside the Alphas-esque narrative and the idea that, well, putting suicide bomber creatures in mainstream comics probably isn't considered a controversial move. Then again, this is a modern take on iconography that's decades old; some awkwardness was inevitable.

Better late than never, as the slogan goes. Your move, Marvel Comics; come on in, the 21st century's fraught.