Starfleet’s Future and Ours

Nothing built by humans lasts forever. 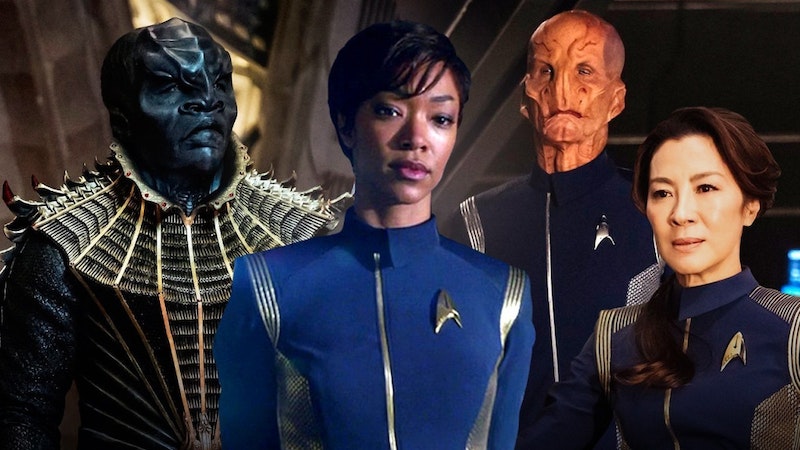 In 1966, when Star Trek, now known as Star Trek: The Original Series, began airing, it placed the beginning of the starship Enterprise’s five-year mission in 2266, three centuries ahead. That seemed enough time for humanity to have achieved technological marvels and a profound sociopolitical transformation, with poverty and bigotry no longer in evidence. Starting in 1987, Star Trek: The Next Generation moved the action a century forward to the 2360s. The subsequent series Deep Space Nine and Voyager pushed into the 2370s.

These series, as well as the accompanying films, focused on Starfleet, the exploration and defense arm of the United Federation of Planets. Though threats endlessly arose, sometimes on a galactic or even greater scale, the enduring picture was on one of stability: Starfleet and the Federation maintaining peace and cooperation across numerous solar systems; humans working alongside diverse aliens, preferring diplomacy to war but holding vast power to maintain vigilance against worrisome alien empires and entities. The Federation flag featured dozens of stars, representing the many worlds that had joined.

Star Trek: Enterprise moved back in the timeline to the 2150s. It showed a spacefaring humanity just before the United Federation was initially formed by humans, Vulcans, Andorians and Tellarites. A theme was that the humans had yet to gain the confidence of the logic-minded Vulcans. My interest faded with this series, which was canceled in 2005. But my affinity for the franchise was restored this year upon watching Star Trek: Picard, for which I had to purchase CBS All Access, a service that enables viewing of all Star Trek series and movies.

In Picard, Patrick Stewart reprises his Next Generation role as the onetime captain, now a retired admiral in 2399. This well-crafted series has him returning to space upon discovering intrigue involving Romulans and synthetic lifeforms including the android daughters of his friend Data. The outpouring of new Star Trek TV material is expanding, even as the film franchise seems to have stalled, including planned series Strange New Worlds and Section 31, the latter about an intelligence agency that operates less idealistically than Starfleet.

Star Trek: Discovery, airing since 2017, began its story in 2256, a decade before the original series. Discovery’s first two seasons made some clever connections to the original series, with the protagonist, Michael Burnham (she/her but named for her father), playing a key but previously unknown role in the life of her stepbrother, Spock; and with Captain Pike, who commanded the Enterprise in the 1960s series pilot, now getting a story tied into the original series’ depiction of his later life among the mentally potent Talosians.

At the end of Discovery’s second season, Commander Burnham and her crewmates must time-travel as part of their effort to defeat a sinister artificial intelligence called Control. This will take them to the 32nd century, an era not yet touched by Star Trek canon. What they may find there in the third season, starting in October, is hinted at in a trailer: A man walking through an alien landscape with Burnham tells her “You believe in ghosts,” referring to the Starfleet badge she’s wearing. They enter an office where an official unveils a Federation flag that has only six stars—suggesting there’s little left of the political entity that once encompassed over 150 worlds.

It’s fitting the Star Trek universe should enter a moment when its longstanding institutions may no longer be strong or even exist. As I watch the show in October, I’ll likely be mailing my electoral ballot early, or otherwise strategizing how to get my vote counted, amid blatant efforts by the president and his allies to undermine the elections. In real life as on Star Trek, institutions can’t be taken for granted, no matter how cleverly designed or heroically defended they’ve been over the centuries. Nothing built by humans lasts forever.