My mind wandered during an excruciating root canal. James Bennet was screwed, but who remembers his name by now? 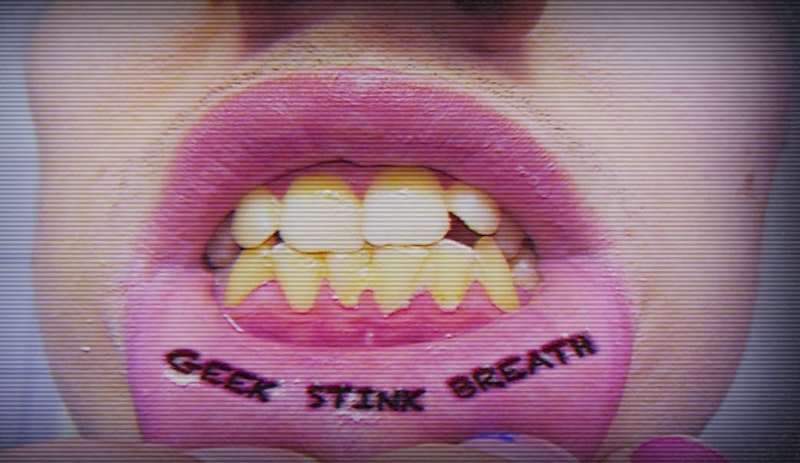 Last Monday, I was sitting in a dentist’s chair, not at all happy about the circumstances that led me to his office at Greenspring Station in Baltimore County. The County, ahead of Baltimore City, was bustling now that Maryland’s Gov. Larry Hogan—another former American’s Governor, like Andrew Cuomo and Gavin Newsom, who, after appearing on about 100 cable TV shows, has tumbled from grace—has eased his fairly stringent lockdown restrictions. The complex was mobbed, with people eating outside, milling about, shopping and having a jolly old time. Over the weekend, I had a dull pain from an antique molar, which radiated up to my left eye. I took some Advil, and was set until it wore off. Same thing on Sunday, and then the following morning, after a tossin’ and turnin’ night of sleep, I called my regular dentist and secured an emergency appointment.

All told, the day was shot: there was the ritual calling from outside the Towson office to answer eight questions relating to COVID-19 before I was buzzed inside; a lot of gargling (but no water to rinse with for some reason I couldn’t comprehend), masks and rubber gloves, and the by-now standard, “Can you believe this year?” chatter with people you haven’t seen in awhile. After an hour of tapping and prodding it was determined I needed a root canal, which meant my tireless wife, who’d ferried me around, had to push the accelerator to get to Greenspring Station, where I went through roughly the same procedure, with added paperwork since I’d never seen this doctor before. My mouth was on fire, the air conditioning was on full blast and it was a chore to summon the presence of mind to produce my insurance card, but soon enough I was escorted back to an incongruously sunny office (only because I felt like a dark cloud was hovering above me).

After my fourth set of x-rays of the day, the doctor came in and we, by instinct, shook hands, immediately realized the faux pas, and sanitizer was produced. He was a chirpy fellow—I saw his yarmulke, wondered if he was Orthodox, and he asked where I was from, and when the reply was Long Island, he said, “Well, you’re one of us!”—and was polite as an 18th-century British aristocrat. Anyway, during the two-hour ordeal, I had nothing but time to think, free-form, about all the news events of the past week.

(A not unimportant digression: the radio station, or more likely office tape loop, was a barrage of “classic rock,” which wasn’t all that disagreeable for the first 10 minutes. I should note that the playlist included no songs from Bread, Kansas, Three Dog Night, or America, a plus, but man, it was still safe music. “Kodachrome” (never liked it); “Goodbye Yellow Brick Road” (twice, and that song’s been ruined for me by that awful Elton John biopic last year when theaters were still open); “Yellow Submarine” (one of the worst Beatles songs); “Lola” (I’ve had my fill, where was “Death of a Clown” or “Sunny Afternoon”?); “For What It’s Worth” (still, in 2020, considered a Vietnam War protest song); The Who’s “Won’t Get Fooled Again” (ruined for me by one of the CSI shows using it as an intro, though my fault for watching); and Steely Dan’s so-so “Aja” (“Barrytown” would’ve fit my mood better). A petty complaint? No shit, but when a drill is smoking your tooth in a numb mouth and you’ve got to piss like a racehorse for 90 minutes but can’t hit the head because of all the head gear, I felt entitled to supra-grumpiness. I’d have killed to hear, for example, Little Stevie Wonder’s 1962 masterpiece “Contract on Love” (I never understood the comparisons of Michael Jackson when he and the brothers charted in the early-70s; Jackson could sing, but Little Stevie had a fucking set of pipes) or Robin Lane and the Chartbuster’s lewd rocker—now forgotten; Lane was unfortunate to hit the radio at the same time as Chrissie Hynde—“Don’t Wait Till Tomorrow.”)

Goll-eee! as Gomer Pyle used to say, that was a lengthy and, if one were inclined to be unkind, solipsistic, paragraph, but we’re at least in a temporary Anything Goes era, and if Trump can call that 75-year-old Buffalo guy a Soldier of Antifa, my transgressions don’t even rate a single Hail Mary or one-on-one sitdown with Saint John the Evangelist.

Hmm, as relatives of Gomer might say, anyhoo, deafening my ears to the music, I swished back and forth in my head all that’s going on at The New York Times. For example, to touch on just the most ridiculous internal feud, do I think James Bennet should’ve been fired for printing (but apparently not reading) an op-ed by right-wing Sen. Tom Cotton? No. Do I care? Again, no. Editors and reporters like Bennet come and go at the Times and aren’t remembered after their well-remunerated stay. (Hardly anyone mentions Howell Raines, Judith Miller, or Jayson Blair anymore.)

Spare me all the Times-has-become-a-captive-of-the-cancel-culture-left nonsense. That happened when Arthur Sulzberger Jr. was elevated to publisher in 1992—Frank Rich’s wretched columns are on his watch, as was the hire of conspiracist Paul Krugman and David Brooks (and Bill Kristol for about a month) and the retention of Thomas Friedman. Besides, today the Times bears little resemblance to a newspaper in the old-fashioned sense; it’s a digital platform, and it’s naïve to think that while POC employees complained about their lives being in danger after Cotton’s kooky ghost-written 800 words were published, the Times Co.’s shareholders were rubbing their hands together, counting the clicks almost as fast as reaching for the proletariat single-malt scotch.

It really doesn’t matter what nonsense the Times prints (and I exclude sportswriter Michael Powell)—or any other organ, for that matter; The Atlantic, for example, is frightful today—since it’s lost in a matter of hours. Sunday’s front-page story, “Vote for Trump? These Republican Leaders Aren’t on the Bandwagon,” was laughable. John McCain’s widow Cindy is voting for Biden (big surprise since Trump and St. John despised each other); Colin Powell’s going for Biden; and Mitt Romney, onetime Trump buddy, now antagonist, is unsure whether he’ll write-in his wife or pull the lever (or mail in) for Biden. “Sources” told the Times’ Jonathan Martin that George W. Bush won’t vote for Trump, a claim quickly denied by Bush’s press secretary Freddy Ford, who said Bush is a private citizen who won’t divulge his political preference.