So Few People Can 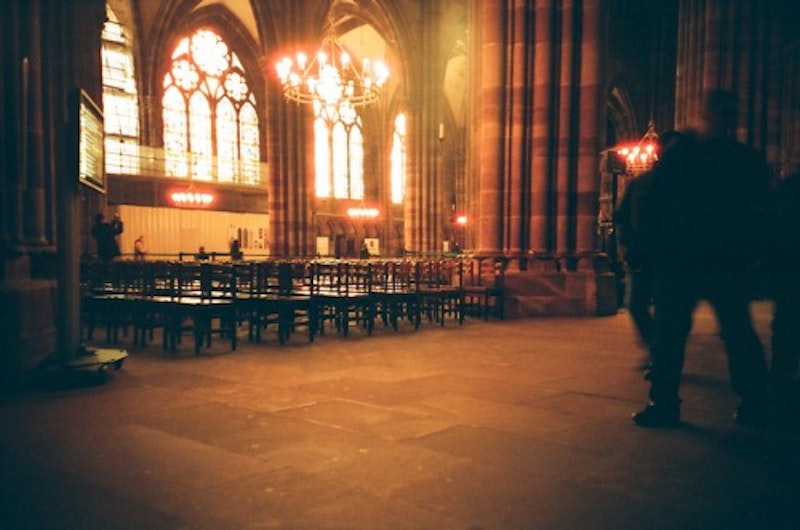 Aldous Huxley: It’s a very salutary thing to realize that the rather dull universe in which most of us spend most of our time is not the only universe there is.

Raoul Vaneigem: Our internal space-time is maze-like. What should we do with it?

Huxley: I’m not sure what I’m going to do with it all.

Vaneigem: There are still a few districts suitable for nice walks.

Huxley: They leave most people with no hangover, and they are not habit-forming.

Vaneigem: I don’t keep any kind of score.

Huxley: So few people can.

Vaneigem: I don’t collaborate with anyone.

Huxley: All my thoughts are second thoughts.

Huxley: Don’t ask me how.

Vaneigem: Freeness is the only absolute weapon capable of shattering the mighty self-destruction machine set in motion by consumer society, whose implosion is still releasing, like a deadly gas, bottom-line mentality, cupidity, financial gain, profit, and predation.

Huxley: It’s gone very slowly because I’ve had to struggle with the fable, the framework to carry the expository part. These are difficult things for me.

Vaneigem: Survival is budgeted life. The voice of lived poetry will sweep away the last remaining echoes of a discourse in which words are in profit’s pay.

Huxley: It forces you to write on everything under the sun, it develops your facility, it teaches you to master your material quickly, and it makes you look at things.

Huxley: I prefer to read at night.

Vaneigem: Urbanism is the ideological gridding and control of individuals and society by an economic system that exploits man and Earth and transforms life into a commodity.