Emulating Adam Sandler may not be the best approach for Comedy Flo Entertainment. 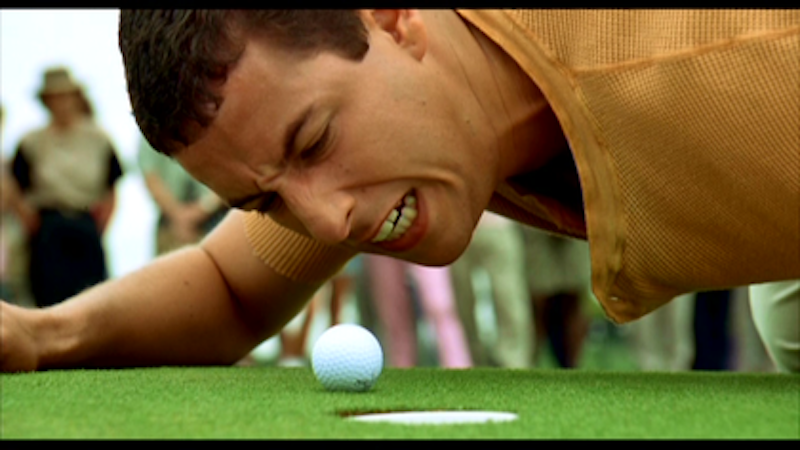 As I took my seat in the dimly-lit Anthology Film Archives Theater in Lower Manhattan Saturday night, I had to admit that I wasn’t being very fair. I’d come to see the premiere of several short films by Comedy Flo Entertainment, a young troupe lead by Matt Florio, the guy who’d put out the word on Craigslist a month before. Florio, an entrepreneurial business student who created Comedy Flo out of unwillingness to continue in the soul-splintering corporate sector, had told me right off the bat that he “wanted the article to be more about [him] and [his] films than the actual event;” not knowing any of the media types in attendance, I tended to agree, and did some research on YouTube before heading to the theater.

That idle search for Florio’s past videos was what caused my reticence to even show up, although I’d been dubious enough when a glance at his online bio indicated he’d modeled Comedy Flo after Happy Madison, the group of yahoos responsible for gems like Mr. Deeds. (Amusingly, several of his site’s promo images of Florio’s earlier films have been mysteriously replaced with the Happy Gilmore theatrical poster.) I’ve never been an Adam Sandler fan, but my problems with Florio’s work had relatively little to do with the subject matter; I was barely able to slog through five minutes of one of his previous films, Superior Power, on CFE’s YouTube channel before the combination of poor pacing, awkward cuts, subpar acting, and casual racism drove me off the Internet altogether. It seemed as though Florio & Co. were attempting to emulate Sandler’s wacky ensemble shock-value gag humor, but failing in multiple variables of their execution; they went just far enough to be cringe-inducing, but failed to be funny along the way. Then again, that film was made in 2011; I hoped they’d honed their talents since then.

The screening was preceded by a short sketch featuring Florio and his frequent collaborator, David “The Voice” Stein, in which the two pretended to have lost the night’s films. (The nickname comes from Stein’s distinctive throaty rasp, and while I hoped he had more to offer than that and a fluorescent green suit, I was wrong; his live acting was wooden, and his recorded performances were worse.) While Florio was moderately entertaining and a good actor, I was impatient for the screening to begin, and eager for my previous notions of his gang’s talent to be proven wrong.

I resolved to put my preconceived notions aside for the next two hours and enjoy the films on their own merits. Unfortunately, those proved to be few and far between.

With films like Philly Furnished (a groaner of a title if ever there was one, involving a desperate realtor who owes money to the mob, and Florio as a ghost-obsessed boyfriend accompanying his fiancé to hunt for apartments) and Uptown Trash (starring Don Puglisi as a garbage man who is lured into a bizarre rape scenario with two trash-obsessed models), Comedy Flo sadly proves itself to be another New York comedy outfit with more ambition than talent. Besides the still as-yet uninspired writing, many of CFE’s biggest problems are actually on the technical side, especially in audio mixing; although Walter Schick’s scores are acceptably quirky, the music cues are too loud, drowning out the dialogue.

There are some good aspects to the films; gangsters Elmo and Frankie (Matt O’Connor and Steve DiGennaro) bring back fond memories of Home Alone’s Wet Bandits in Philly Furnished, and return in Mama Needs a Ride, easily the strongest CFE production to date. It’s got decently smart writing, a legitimately funny supporting cast—including a mob boss who is distracted by his new career as an extra in cop dramas and a foul-mouthed grandmother, which at least is one Sandler-esque trope that tickles my fancy—and a twist ending that brought forth several shocked chortles from my throat. But even Mama has a peculiarly racist scene with a young, black, hoodied car thief whose only lines are variations on “shut the fuck up, bitch.”

Afterward, as I compiled my notes in a bar where the after party was to be held later that night, I kept trying to figure out where Florio’s missteps stemmed from. It’s easy enough to point to his reverence for Adam Sandler, since shock comedy has progressed so far since the days of Little Nicky that any ground-breaking Sandler accomplished then seems irrelevant now, but the problem is bigger than that. Florio and his fellow comedians appear to be so enamored of the short film medium that they haven’t fully understood its limitations and constraints. Even when we jump right into the middle of the action without any reason to be concerned about the characters, as we do in Philly Furnished, there’s never time made to develop that concern—instead, we get the same jokes rehashed for 20 minutes, or a series of oddball vignettes, as in Daddy Day. That last is especially frustrating, in that its ending—when a daughter, having finally met her ex-con father for the first time, ends up helping him live a life of petty theft in order to bond with him—is far more interesting than the random assortment of deranged homeless people, exercise freaks and lame mistaken-identity jokes we get instead.

CFE’s material might make good full-length films (or even 80-90 minute shorts, as is common at the Friars’ Club) if they got the proper editing and acting they so desperately need—but right now, it doesn’t even seem like they know who their audience is. Who is watching these meandering 20-minute movies? It’s as though Florio took the B- and C-plots from a handful of 1990s sex comedies and strung them together to form some vaguely entertaining cinema; the effort involved is obvious, but who cares? Especially in New York City, comedy today is available to us in a variety of forms. Many are bite-sized, as College Humor and Cracked videos tend to be; still more are long-form films from Hollywood and the indie circuit. If there’s a niche right in the middle—and I’m not sure there is—it’ll be a tough one to carve out, particularly for a burgeoning group of funnymen who still aren’t that funny.