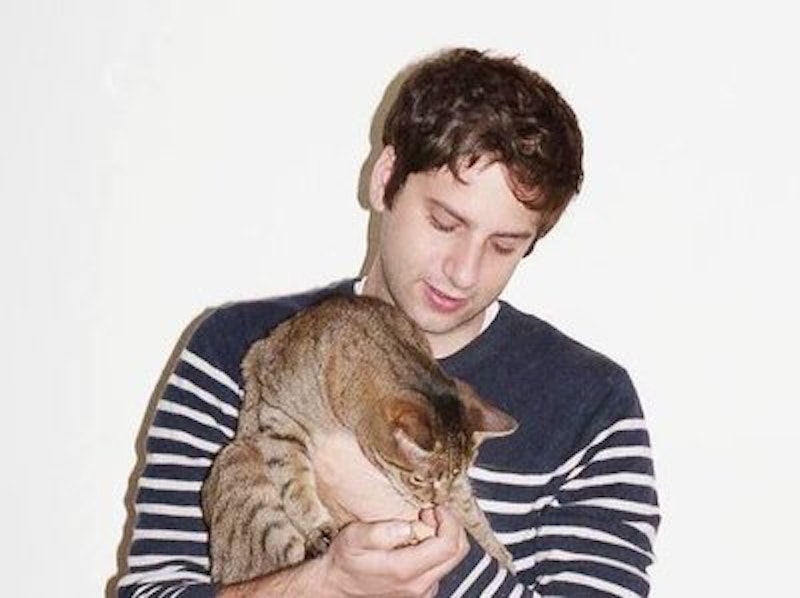 SPLICE TODAY: Hi, Nick. Can you explain what you do?

NICHOLAS CALCOTT: I’m a photographer who, these days, works mostly shooting stories for magazines of various stripes. In short, an editorial photographer, though I do a whole lot of other photo-related things, including, of course, work for myself.

ST: Do you shoot digital or film?

NC: For clients these days I shoot mostly digital, and for myself a mix of analog and digital.

I’m pretty agnostic, to tell the truth, between analog and digital— I’m definitely of a generation that learned on film. I only got my first digital camera about 6 years ago. I’ve been shooting in some form or another for about 17 years, since I discovered photography as a high-schooler, and it definitely took a while to get used to digital. I’ve come around to appreciating the different tactile qualities of digital cameras. Andrew Rowat, a fellow photographer and friend, describes it as the difference between wearing cotton and nylon—not necessarily better or worse, just different.

ST: What gear are you shooting with these days? 35mm, medium format, large format?

NC: My main work cameras are a pair of Canon 5d MkIIs, though I also own and use a large format Toyofield AF, Contax G2, Sony Cyber shot, and Olympus Stylus Epic. I’ve also owned, but recently sold, a Fuji x100 and a Fuji x1-Pro. I’ve had many cameras over the years, most of which I sold to purchase the next ones. I should mention that when I shoot with those 5ds, I’m frequently using TSE (otherwise known as "perspective control”) lenses, which give me many of the same movements of large format and slow down the act of shooting. I find that how I shoot with a camera goes a long way to determining whether I will adopt it over the long-term more than the individual technical aspects of it. To take extreme examples, with a large format camera, it takes a while to pull the camera out of your bag, attach the lens, set everything, meter, compose, etc, which goes a long way to explain the painterly compositions you tend to get with large format vs, say, a digital SLR where you’re taking spontaneous photo after spontaneous photo and picking those in-between moments.

ST: Do you think that the importance of digital versus film in commercial work will someday disappear?

NC: I think in many ways it already has—most serious editorial or commercial photographers whose work I respect often pick what they’ll shoot depending on the project. It’s certainly true that most clients don’t have the budget (whether in time or money) for analog photography, but occasionally you’ll get someone who’s interested in the qualities that you can only get with analog. I just shot a project on Polaroid film that consisted of three separate days of shooting with Polaroid’s 600SE (i.e. the “Goose”), which is just a wonderful camera, and one I hadn’t used in about 10 years. Of course, I was asked to shoot digital as a backup, but when the editors had a look at what I came back with, the Polaroids were clearly more appropriate for the story.

ST: If you were placed on a deserted continent with one camera and a bag full of only one film stock what would you choose?

NC: I mentioned that I shoot with the Contax G2. I actually sold that camera a few years ago and immediately regretted doing that. So, recently, I sold off an expensive lens I wasn’t using often and bought it again. That would definitely be my choice as it’s just an amazing instrument that I find super intuitive.

And for the film, I’d use Agfa APX black and white film, which I adore and which went out of production for a while (I was heartbroken) but which I just discovered appears to be back. Diane Arbus used this film! A close second would be Ilford HP5, which is also a great b+w film.

ST: In your work I see a lot of little splashes of color but mostly earth tones. Do you feel that you are a better observer of color on the spot or that you need to engineer colors into the shot?

NC: I’ve become pretty good at seeing the color on the spot—I have to admit that I don’t feel I’m a very good post-production person as I think I’m pretty finicky but don’t have a good idea of what things “should” look like. As I result, I tend to leave things with as little retouching work as possible as I can spend hours trying to get things "just right” and still end up unsure that the result looks better than the untouched version, so I might as well save myself the trouble. Plus, when you become associated with a style, no one is surprised when you fulfill that expectation.

ST: Is there a golden decade of color photography for you?

ST: Who taught you the most about learning to see as a photographer?

NC: I had a job in college organizing and photographing real, physical slides for photo history lectures. I shared a tiny office with a professor, Shelley Rice, (who was understandably not thrilled with the arrangement) a couple days a week over a year and a half and it allowed me to see tons and tons and tons of work. Some days I’d just pick a letter and look at every slide filed under that letter.

ST: Though the myth of many photographers is that they suddenly appear in NYC as fully autonomous characters, that's usually not true. How did you come around to eventually working for yourself? What was the most significant hurdle to getting where you are?

NC: Well, I went to school at NYU and really lucked out in that I spent a summer working for a pop-up museum show at JFK airport’s Eero Saarinen’s TWA Terminal 5. The show, due to a variety of reasons, collapsed in a puddle of acrimony and lawsuits the day before it opened, but I came out having met the exhibition's photographer, Dean Kaufman, who I got along well with and who decided to hire me to file negatives for him. By the time I graduated a couple years later I had become his assistant and studio manager. Dean is/was super important to my career both as a mentor and also as an example of how interesting and fun a career in magazines could be, and more importantly how beautiful the work you made could be.

Three years farther along, though, I’d decided that it was time to take a break from NY for a while and so left his studio and my life to try out a new city, in this case Paris. I ended up spending four years there doing odd work here and there (assisting, web design, working for a photo museum, but more importantly spent my time getting plugged in to the European photography scene. Paris is actually a great place for that because, though the photography scene there is relatively small, it’s super centrally located, so everyone came through there for shows and talks and for the two big festivals, Paris Photo in the fall, and Arles in the summer. It’s a great place to meet and be influenced by other photographers.

And while I was there, whenever I came back to the US to visit friends and family, I’d lug my portfolio along and try and get meetings with magazines. So when I decided to move back to NY at the end of my time in France, I had already laid the groundwork to begin shooting for myself.

ST: What is the most interesting shoot that you were assigned to?

NC: I really enjoy the variety of my job, so it’s hard to pick just one, but the three that come to mind have to be shooting the Mars Rover at the Jet Propulsion Laboratory in LA, a portrait of the architect and artist Madeleine Gins (who was one of the most fascinating people I’ve ever met), and that Polaroid project I mentioned earlier, which were portraits of the authors Heidi Julavits and Sarah Manguso, and the artist Amalia Ulman.

ST: You have a book titled Several Trees and a Tunnel. There's not a lot of landscape work in your portfolio yet you dedicated an entire book to it. Is there a specific relationship you have to the subject matter?

NC: Actually I find photographing landscapes to be incredibly relaxing as an activity, but I find the results, at least when I do them, to be relatively boring and easy. So I’ve got a lot of photographs of landscapes, just relatively few on my website. I should mention that that’s not the only artist book I’ve done. My other books will be up on my website coincidentally, later this week.

ST: Tell me about your future projects.

NC: I worked on one project for five years, City of Salt, which I produced a show for in 2012. When I finished that, I was pretty much exhausted with that mode of working. Since then I’ve been working on relatively small scale projects (photographing the things around me, but I think I’m ready for some more ambitious works again. I’ve got a few things up my sleeves, which I hope to begin shooting for in the next month or so… Don’t want to give too much away though, I wouldn’t want to jinx it.

Also, I’ve started hosting photo related talks and events at a local artists’ social club, so I’m excited about that, and I believe I’ll start teaching in the fall. If you’re interested, follow me on Facebook or Twitter for updates on this and a bunch of other stuff!

ST. Thanks for your time Nick. Last question, if you had one recommendation for aspiring commercial photographers, what would it be?

NC: Just start. It takes everyone what seems to them like ages to get up to speed, so the sooner you begin that process, the better. Also, you should probably be shooting more.

—Check out more of Nicholas Calcott's work at his official website. Image above taken by Naho Kubota.