Nightclubs expose us to different ways of feeling. 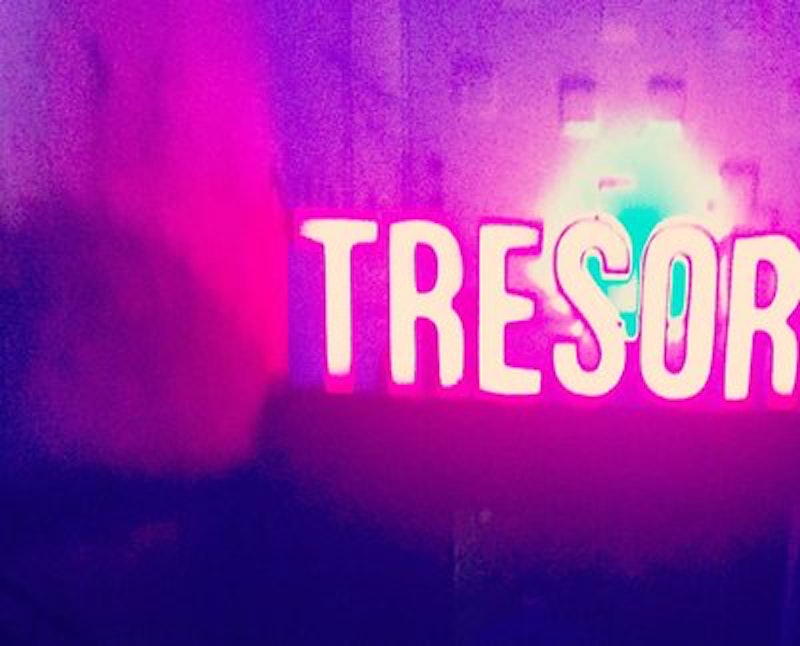 Tresor is one of those big box Berlin nightclubs where the reputation of the place precedes the venue itself. But a lot of Berliners I’ve talked to told me they’ve never even been to Tresor, an influential nightclub and record label that’s been around since the 1990s. Some told me that nowadays Tresor is nothing more than a cesspool of “bros” and tourists who came here because they couldn’t get in to other Berlin hot spots, while others told me they just never think to go there.

In most cities in America we’re used to going out between 10 p.m. and four a.m., at which point the fairytale of nightlife ends and all sorts of legal restrictions, last calls and noise violation codes force people back to their homes or to the nearest McDonald’s. Nothing good can happen after four a.m., we’re told—and in some cities two a.m.! That’s why I loved climbing out of my bed at two, after a three-hour disco nap obvi, and getting my night of partying started.

Completely unsure of what to expect I rolled up to Tresor at three on Saturday night to a short line of people. You know Tresor when you see it because it’s a giant former power plant with two huge smokestacks and you can hear music rumbling out of it and over the River Spree. Like most good nightclubs Tresor is labyrinthine and has many different corners, rooms and areas to explore and hang out in.

My first stop was to the basement club, which you get to through a dark, long, cemented tunnel that sucks you deeper and deeper into it with programmed LED lights flashing off and on. Minimal techno thumping. It’s a great theatrical effect: by the time you reach the end of the tunnel and arrive in the vault you feel a kind of sensorial overload because you can’t see shit. You’re only given impressions of things. It’s not that your eyes haven’t fully adjusted to the darkness but that there’s actually so much haze and fog and red ambient light pumped into the room that you can hardly see in front of you.

Pair the sense of no vision with the feeling of being enveloped by driving, dark, relentless techno, pouring out of an amazing sound system, people dancing in every corner, not just on the dance floor, and you’ll feel yourself open up in ways you didn’t know possible. Not being able to see means you’re there for the music, not because you want to be seen, or to have bottle service, or to feel like a VIP, or to be “cool” or any number of other reasons people often go clubbing.

The dance floor was packed—the whole club was packed actually—but it never felt like there wasn’t enough space. Flash, one of my favorite clubs in Washington, D.C., always feels overcrowded, and not in a good way. Lots of clubs do this, and I know it’s because they’re trying to rake in the coins. But when a space is too crowded it doesn’t feel special. No matter how full the Tresor dance floor got it seemed like there was always enough space to dance as wild as you wanted. Even if you felt like things were too tight for your linking/particular set of dance moves, you could still go to a corner somewhere and work.

Clubbing, for me, has always been about music and people. In Tresor I talked for an hour with a New Zealand-born woman who’s lived in Berlin for eight years, and in another nightclub I had a highly spirited conversation with a friend about queer theory and racism, both of these conversations set to the backdrop techno.

I love nightclubs because of how they expose us to different ways of feeling, experiencing and being in our bodies. In my mind the most successful nightclubs are the ones that facilitate unexpected encounters and that make you feel like every moment is special.

At seven a.m. I rolled out of Tresor, feeling hungry but not at all tired. As I walked down Köpenicker Straße with the sunrise I passed people riding their bikes to and from Tresor, had a conversation with a stranger coming out of another venue who liked what I was wearing, and people sitting in front of their buildings eating and blasting dance music. The night was still young.