Running in the Dark: There's No Such Thing as Too Much Reflective Tape 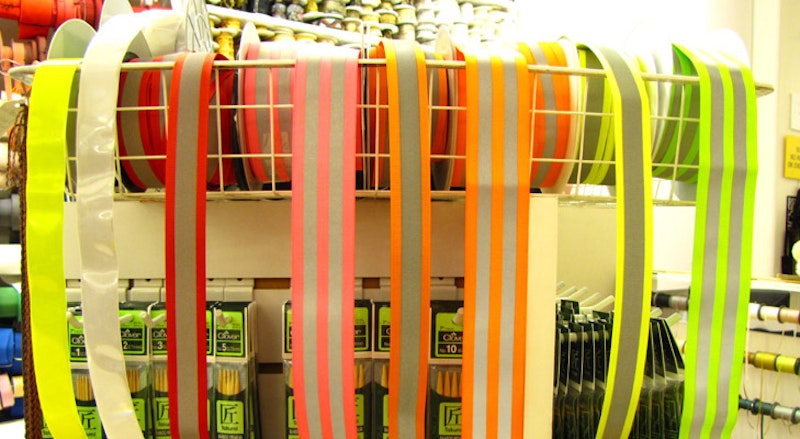 When I was a junior or senior in college, my school’s activities director was killed by a car while he was out for a twilight run on an under-lit highway berm. (The Eastern Shore of Maryland has a lot of those.) For some reason, he was wearing nothing but dark clothing. The monthly campus features magazine put together a back-page photo-collage tribute, which some less than scrupulous pals Photoshop-sabotaged by blacking out the smiling, squinting-eyed picture at the core of the collage, adding the following legend: “The Ninja Monthly.”

A dick move, to be sure, but the pranksters’ larger, if obscured, point wasn’t without some merit: if you’re running in near darkness sans illuminating materials, it’s taking your life into your own hands. En route to work each morning, I drive through a warren of recreational fields and parks frequented by dog walkers, league-sport regulars, extreme cardio addicts, Armed Forces wannabes. Living in Texas, you figure out pretty quickly that if you want to exercise outdoors, the earlier, the better. And these people are old hands at this, they aren’t stupid. They hug the sidewalks provided for the purpose, and if they’re on the roadside, they’re wisely rolling single-file. They travel with water bottles and energy bars. They corral their hair intelligently and dress the part. Troopers, these guys.

Not to mention their fetish for reflective tape, reflective footwear, and obnoxiously fluorescent active wear, armbands, and headbands. These people wanna live forever, bro. This area has a mandated 30 mph speed limit, but they’re not taking any chances: they want your half-conscious, coffee-swigging punk-ass to mistake them for an advanced race of unscrupulously fit aliens materializing out of nowhere and into the glow of your Nissan’s headlights. I wish could run with them; I’d probably learn a couple of things.

Over the last week a new, younger breed of marathoners and sprinters, high school kids and college freshmen, are taking up early morning residence in and around these fields. Not only have they not been clued into the positive power of reflective tape, they seem to believe that no danger exists in running four abreast on an under-lit park road at 6:15 a.m. with nothing more illuminating than tiny, glowing squares on their shoes to alert ye olde half-asleep motorists to their existences. It’s a recipe for disaster, pretty much, unless some kindly veterans take the newbies aside for an informal clinic on how to stay in shape and stay alive.