Perez Hilton brings his Internet persona out on the town and gets clocked accordingly. 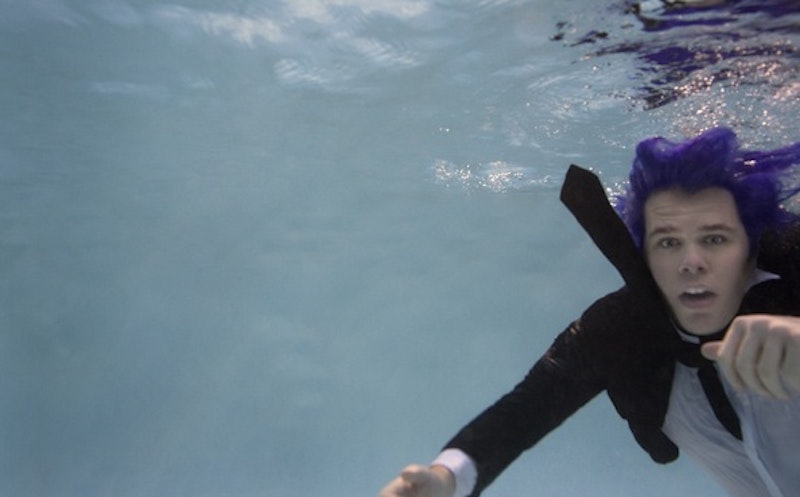 If you haven’t already heard, Perez Hilton, the self-proclaimed Queen of All Media, got clocked in the face by the manager of the Black Eyed Peas at an awards ceremony in Toronto a couple days ago. We’re not supposed to be laughing, but I can hardly stop.

The story goes that the Queen of Abrasion called Fergie a hot tranny mess or something and took an extra step by calling Black Eyed Pea will.i.am a faggot. That’s when the manager got all up in Perez’ grill. A touchy subject, apparently!

So the question news reporters, bloggers, vloggers, and celebrities have on their tongues now is: Did Perez deserve to get hit?

For those who don’t know, Perez Hilton’s claim to fame is his razor-sharp tongue, which he easily uses to cut into any and all celebrities. Some of my favorite Perezisms are when he calls former celebrity Lindsay Lohan “LOLhan” and “LesLo,” or when he refers to Demi Moore and Bruce Willis’ spawn Rumer Willis as “potato head” because of her impossibly elongated face. Whether you love him or hate him, his trademark bitch slaps are what made him famous in the first place. I read somewhere that the most hated blogger in Hollywood collects a monthly salary of $100,000!!!

It’s so interesting to me that Perez, who fulfills each and every gay stereotype, is shocked that he—gasp!—he would get knocked out. It’s like he thinks because he is H-Wood’s darling that he’s somehow shielded from any and all bashing. You gotta take what you dish out. The truth of it is, I hope that Perez learned his lesson: it’s OK to be all bitchy or whatever online, because most people can take a joke, or understand that for Perez being a Professional Queen is his job. But yo, dude, chillax when you’re not working. Don’t make a scene in public.

You know, I get called fag all the time. You don’t have to tell me...I know what it is. It’s because I wear Cuban heel boots, the gay bottom boy version of stilettos, and because I sometimes carry a metallic murse. Hey, I like to be different. I like to interrupt people’s ideas of what gay/black/intelligent/insert characteristic people are supposed to be like. The other day I was walking back to my place from the library when this dude passed me by and started making kissing noises. Un-necessary! And then in broad daylight the dude said, “Hey, you wanna suck my dick, gay boy?” Internal monologue: Hmmmmmm. W.W.P.D.? What would Perez Do? Hence, my initial reaction was, “Three inches isn’t even worth my time.”

Of course, unlike Perez I do not like to talk back to people who make fun of me because I would very much like to avoid getting knocked the fuck out. It’s amazing I’ve made it this far sans black eye. No, I just suck it up (no puns, please) and keep walking. In general, I’m fairly timid and don’t like to create a huge scene. I just figure that it’s dumb to stoop down to the other person’s level.

It’s probably even more practical than that. I mean I, um, don’t really know how to fight. If I ever got into a fight, I would prolly just run away as fast as my pumps would take me, or else curl up into a ball. But see, that’s why I have a Top to swoop in and protect me from All Harm.

I don’t know if Perez knows how to fight or not. I do know that everybody who is talking about the Bitch Slap Heard Around the World is asking the wrong question. It’s not whether or not Perez deserved to be hit. My question for Perez is a simple one: BITCH, WHY DIDN’T YOU HIT HIM BACK?!!?!?!?! This is the real question. Right now, peeps are making fun of Perez on YouTube, saying he finally got what was coming to him. But it would be a totally different story if Perez freaked the fuck out and went ballistic on the manager’s tail. I can see the Page Six headline right now: Gossip Queen Goes Ape Shit On Music Mogul.

So no, I don’t think Perez deserved to be hit—nobody does, not me, not you, not Rihanna. I do, however, think the whole thing is HIGH-larious! But you know what would have made it even funnier? If he got clocked and somebody drew a penis on his forehead.