The University's Institute of Contemporary Art hosts great new exhibitions by the Zap Comix creator and others. 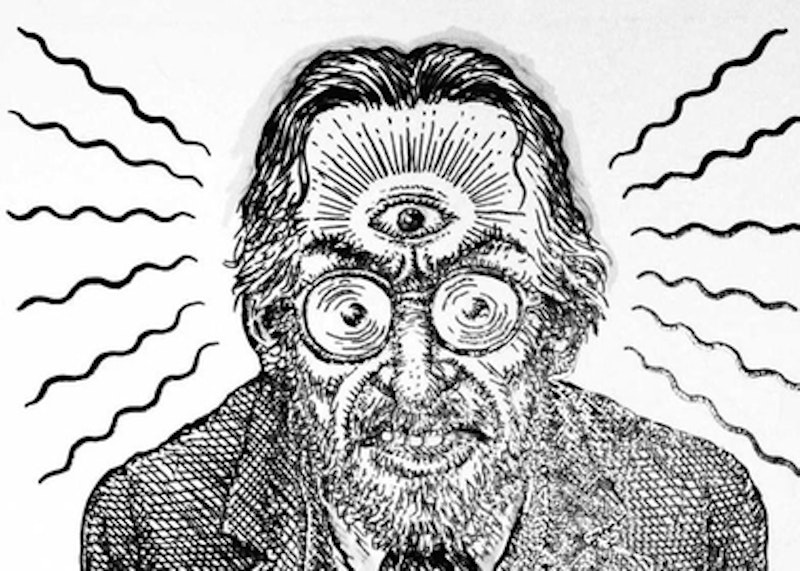 Detail from "Self Portrait" by R. Crumb, on exhibit now at the UPenn ICA.

"R. Crumb's Underground" is a truly great exhibition for fans and neophytes alike. Give yourself some time; there's a lot of textual and visual detail to comb through, even though it's only two rooms. Here's what the Philadelphia Citypaper had to say about it:

This sort of fetishistic contortion is something Crumb's fans come to the show to admire, the limber young person offering surprisingly juxtaposed views of a round-cheeked face and coordinating underpants. Give yourself plenty of time to read Crumb's Zap Comix and to savor his mind-boggling, unhesitating linear facility. There's also a film about the artist who has made a virtue — and a brilliant maverick career — of neurotic idiosyncrasy. When I recall that Crumb traded six notebooks of drawings for a house in the south of France, I can't decide who got the better deal. When people look back at the 1960s, will they learn more from the clever coolness of Andy Warhol or R. Crumb's richer, riper, warmer slice of hippie life?