Prince vs. Anything That Happened After 1980

...except for Lisa Frank album covers. 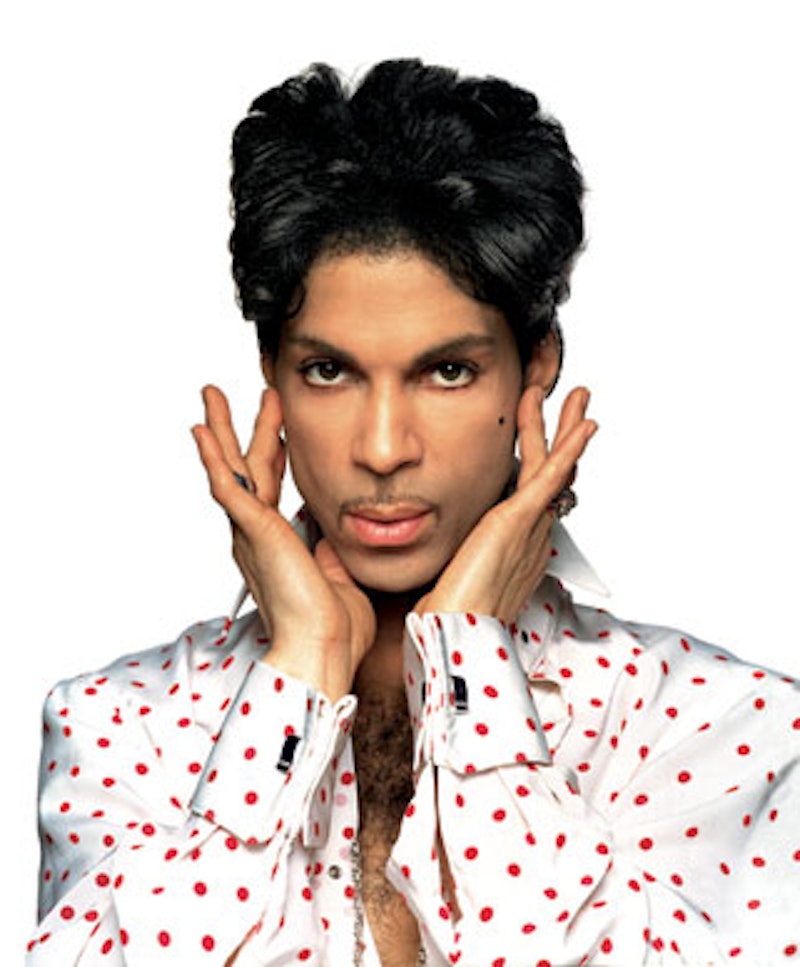 I’ve really tried to understand the force of nature that is Prince. There has to be something significant there for people to express such fervent dedication to what he does, but I can’t identify it. I’ve sifted through countless songs in an attempt to find something creative that talks to me, but all I’ve heard is music that would fit perfectly into the background of a really bad Super Nintendo pool hall sim. What am I missing?

I generally try to ignore Prince, but during a recent interview with the UK’s Mirror, the musician declared that the Internet was a dying medium. Coincidentally, Prince will be distributing his new album, 20TEN, as a free newspaper insert throughout Europe before it reaches the US. I’m sure there’s an enormous amount of irony in this action, considering the disastrous state of newspapers.

Prince has been adamantly opposed to distributing his music online, which is a position that even The Beatles maintained until very recently, at which point the surviving members stopped acting like Luddite tools and faced the reality that if they didn’t embrace modernity, it would be embraced for them. Of course, Prince is notorious for being a tiny, eclectic diva, existing in a reality so detached from ours that he’d likely be unable to survive the harsh rays of Earth’s yellow sun. He’s also a devout Jehovah’s Witness, a vegan, and some kind of biological amalgamation of a human and a unicorn.

However, when someone says that computers "... just fill your head with numbers and that can't be good for you," it has the ring of creepy, religious zealotry and intentional ignorance. Or someone who regards The Matrix as some kind of instruction manual. Kevin Smith’s Prince anecdotes indicate that the man uses a computer and has his residence completely wired, so maybe the insular world of Prince simply fears an incursion from the outside, not unlike how my grandmother believes that the phone can get a virus because I go online.

Prince doesn’t bother to explain what he means by "the internet's completely over,” nor his comparison of the Internet to the downfall of MTV’s “hip” factor. Was the Internet ever “hip” to begin with? Are we all here because of how freaking radical it is to mill around and check our e-mail for the 50th time today? Is it because of Farmville, Prince? Did someone beat your score on Bejeweled Blitz?

If Prince is talking about the rise of Web 2.0 and the amount of hollow garbage that has been propagated on the Internet because of it, maybe he’s right. It’s ignorant to expect an anonymous crowd to produce a fair amount of quality content, or to moderate itself successfully, which was evidenced by the Justin Bieber death rumors which swarmed YouTube through an easily exploited security breach. For the lawless, “wild west” reputation that the Internet has attained, I think we’re doing okay thus far. Let the Vlogbrothers stand as evidence for the powers of good.

To counteract the junk, an Internet user develops mental tools that enable them to sift through information that is incorrect, exploitative, or simply not worthwhile. This idea is the basis for information science, and if you develop these skills, you’d make an excellent librarian. Of course, it’s also been declared that libraries are dying, which is something that sounds a bit more credible when it doesn’t come from the region of Prince’s delicately-coiffed semi-beard.

Perhaps he’s talking about the fact that as Web 2.0 begins to fold in on itself, Internet moderation is rising: the fabled Internet kill-switch, FCC regulations coming down on bloggers and the ongoing battle over exactly what copyright means in a digital age where high-quality duplication is nearly instantaneous. Is Web 3.0, in which we focus on condensing this miasma of information down to useful resources, terminally uncool?

I defend the Internet as often as I can, because it’s not nearly as horrific as the nightly news, or my grandmother, would lead you to believe. It will surely evolve into something that isn’t even recognizable as “the Internet” anymore, but you have to remember that each advancement in communication is predicated on the ones that come before it. Prince declaring the death of the Internet is as accurate as Roger Ebert declaring that video games aren’t art, or Grandpa Recording refusing to sign The Beatles because guitar music was “going out of fashion.”

So, Prince, I declare that swirly, purple guitars and douche-beards are dead.